The Week Ahead: US Fed May Taper Faster to Stay in Control 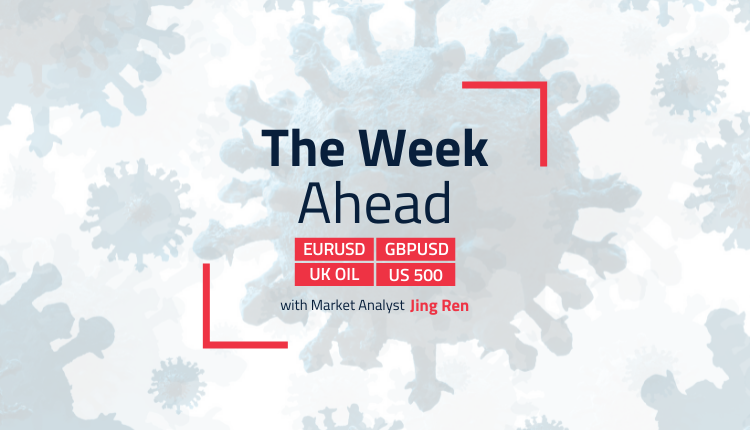 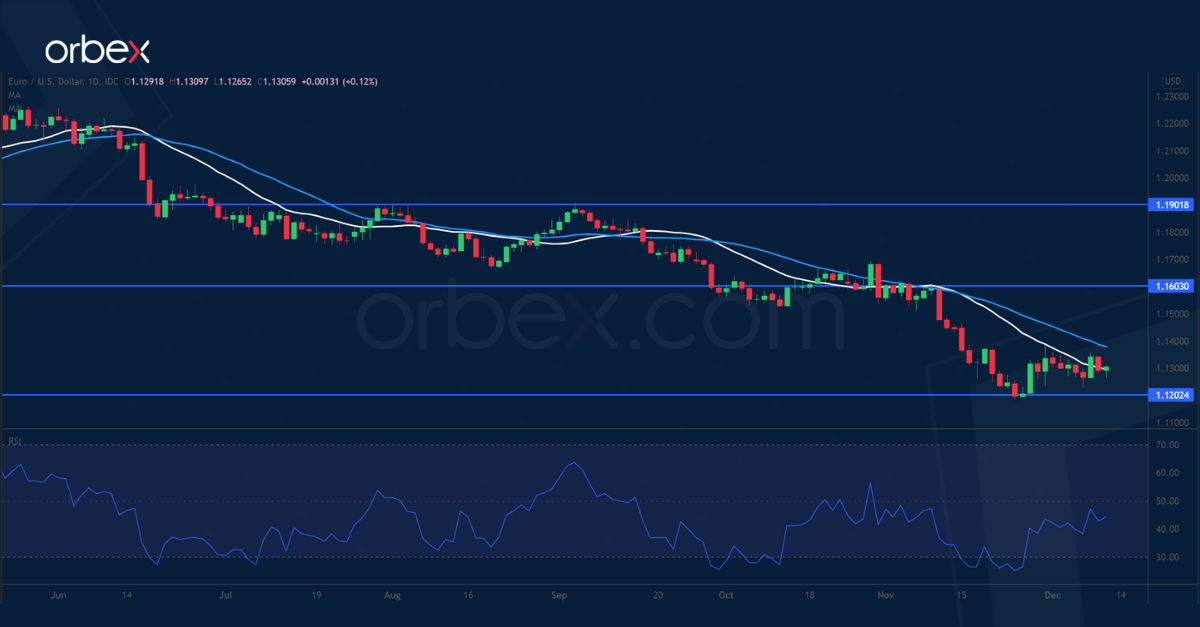 The euro is consolidating against the US dollar ahead of respective central bank meetings.

The greenback is still enjoying a head start with the Fed expected to announce it will speed up tapering of its asset purchasing program. This may move forward the timing of the first hike.

Now that Omicron-related fears recede, the market would price in at least two US rate hikes in 2022. The ECB remains on the opposite side of the spectrum.

Comments from policymakers are still confined to the temporary nature of inflation. A drop below 1.1200 may trigger a new round of sell-off. A rebound could meet resistance around 1.1600.

GBPUSD slips with no hike in sight 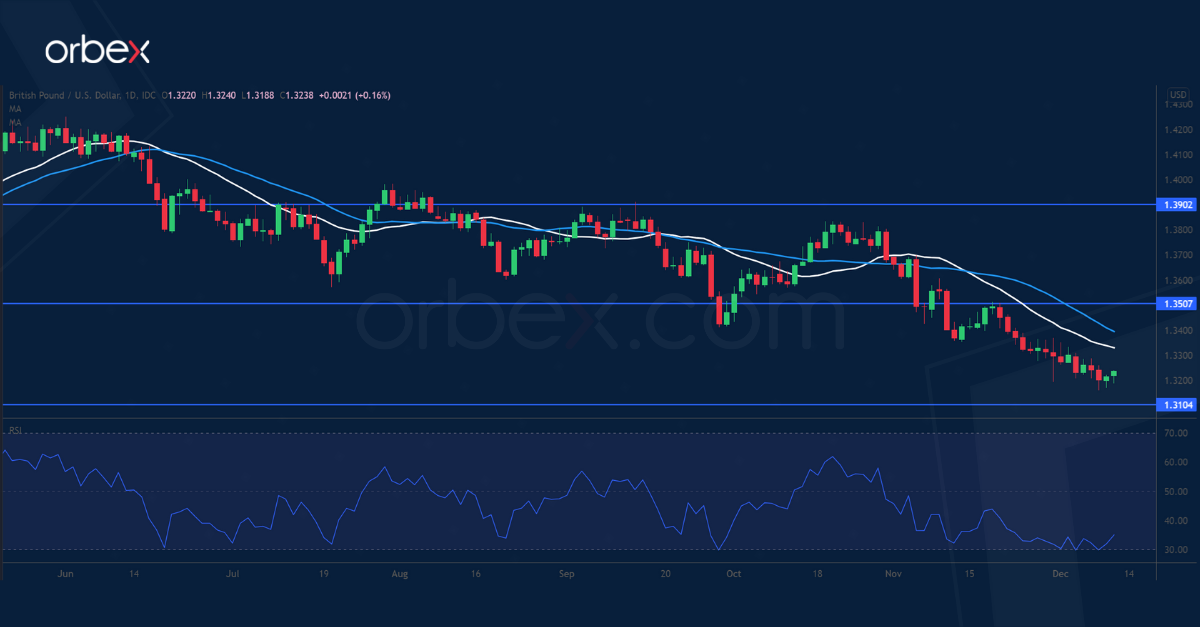 Sterling drifts lower amid expectations that the Bank of England will keep interest rates on hold.

While the central bank acknowledges the inflationary pressure, it wants to weigh the impact of the new Omicron variant before going down the tightening path.

Policymakers’ mixed signals are making bulls walk on thin ice as the status quo may prevail into the year’s end. Shorting the pound has become a popular trade after the BoE unexpectedly took a dovish turn in November.

1.3100 is the next support. The upside risk would be a surprise hike this week which would trigger a short squeeze above 1.3500. 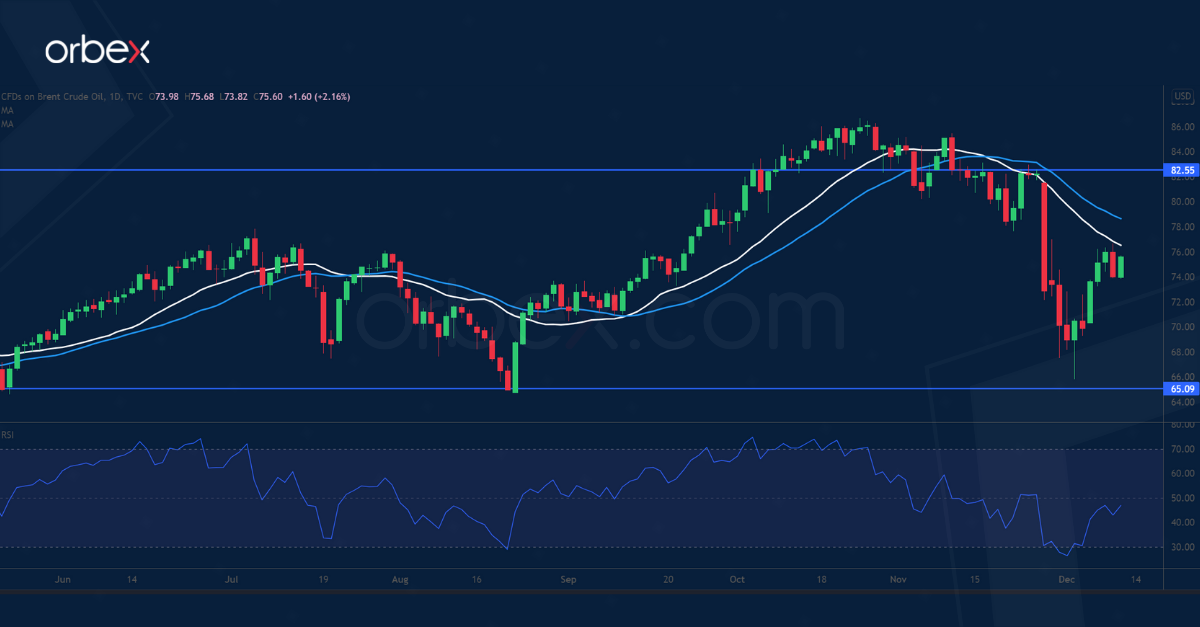 Oil prices are bouncing back as the Omicron-led sell-off runs out of steam.

As more health data come in, markets can have a more objective assessment of the pandemic situation. A swift rebound indicates the bulls’ commitment after they realized that the new strain will have only a limited impact on oil demand.

OPEC+ has decided to maintain its output increase by 400,000 bpd per month despite renewed Covid restrictions worldwide. Strong price action is a sign that markets have shrugged off concerns about oversupply.

US 500 rebounds ahead of FOMC 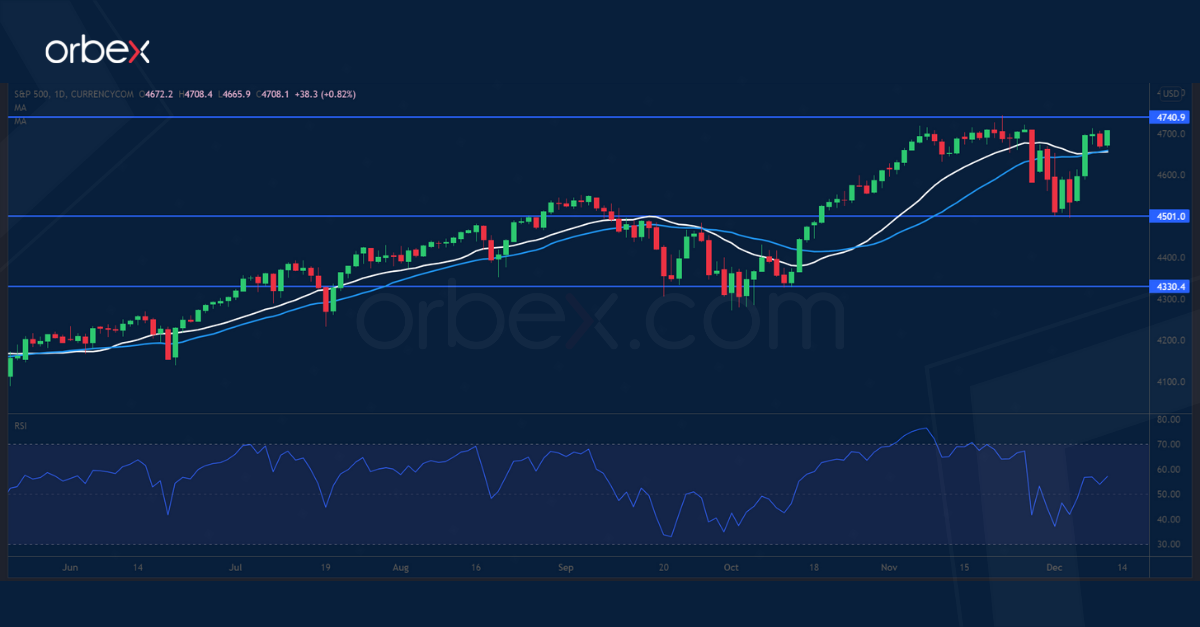 The S&P 500 recouped losses from an overreaction to the fear of a new wave of contagion.

The market can once more focus on economic data and what the Federal Reserve might do with them. Fed Chair Powell has previously signaled that faster tapering could be on the table in the upcoming FOMC.

Inflation in the US shot to 6.8% in November, hitting a new 30-year high. This boosts investors’ confidence that the central bank would be tightening its policy sooner than expected.

A hawkish tone may cap the index as it tests the all-time high at 4740. 4500 is the closest support in case of a correction.

Next Year’s FOMC To Be More Dovish?