Can the November NFP Revert the Markets? 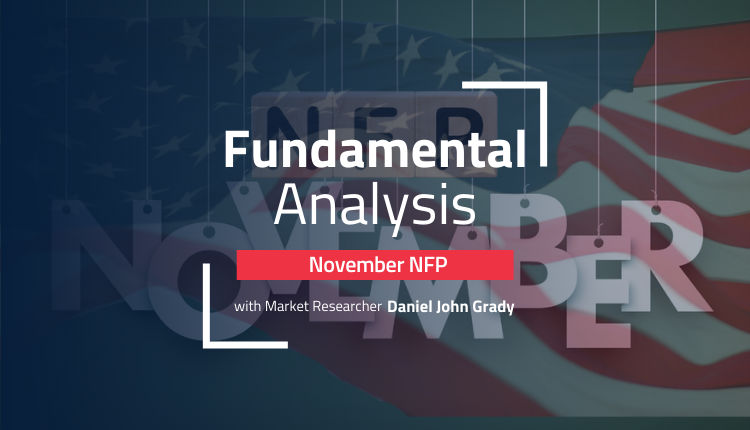 Every new bit of information about the omicron variant of covid has been jostling the markets lately. So. many might have forgotten that tomorrow is the release of NFP data. On the other hand, maybe for some, it might seem like “old” data, as it covers a time before the markets were once again fretting about the virus.

The fundamentals of the economy, nonetheless, are still there. And regardless of how the new variant turns out, they are the starting point for where things will be going.

A substantially above-expectations print in the NFP data could help risk sentiment find its footing. After a week of lackluster data, the report could give the catharsis the market needs to regain its bearings. Especially considering the other risk events going into the weekend.

A disappointing result in NFP, coupled with other concerns, could drive the market lower.

There are worries that Congress will have difficulties getting through a continuing resolution to keep the government open after December 3rd. The discussion could come down to the wire, as fast approvals of new spending require unanimous consent. That said, Republicans could seize the opportunity to make demands.

Without an agreement before the close of trading, investors might lean heavily on safe haven assets going into a fraught weekend.

In the post-covid era of recovery, the consensus seems to be settling around the need for there to be around 500K job additions a month, to reach a successful recovery.

The US still has over 8 million job openings, despite a declining labor force participation rate. So, anything above that number and the market will be “satisfied” with the result, for the most part.

If it’s below 500K we could see the market getting concerned again. Especially if we consider that November is usually when retailers take on more staff ahead of holiday spending. If we expect a consumer boost through the last two months of the year, we ought to expect higher jobs numbers now.

The consensus among analysts is that there will be a marginal improvement in hiring. Specifically, they are forecasting 550K jobs created in November. That is significantly higher than 531K created in the prior month.

But one of the things that’s also been a theme lately is larger than usual revisions to the prior month’s data. Even if the results are bang in line with expectations, we could still see a move in the market from changes in the prior month.

The unemployment rate may fall another decimal to 4.5% from 4.6% in October. That’s despite the expectation of an increase in the participation rate to 61.7% from 61.6%.

The Fed generally cares about the employment to population ratio, so they would likely take this as a sign that they are on the right track.