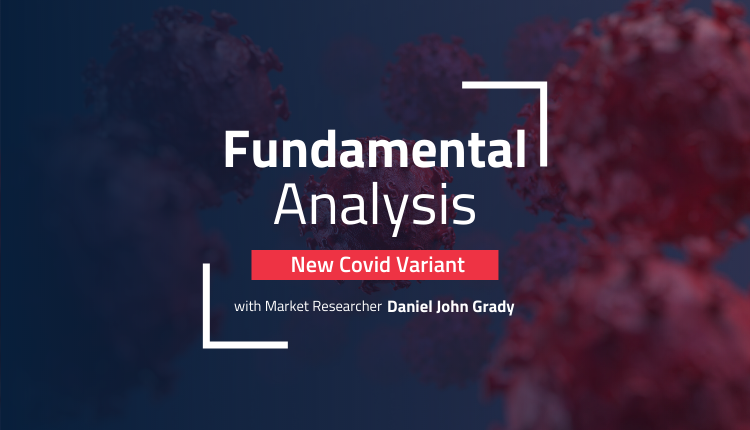 As expected, trading on Friday was quite unusual. Of course, the big move was due to the sudden announcement of a new covid variant, that the WHO has designated as “omicron”. And now we all want to know what that means for the markets going forward.

The projection for Friday was that the big traders wouldn’t be around for the shortened session. But that doesn’t mean they won’t come back in if there is a major event.

In fact, when there is a major issue that causes a sell-off in the markets, not only does volatility increase but so does volume. Yet Friday had the lowest trading volume of the year.

So, does that mean the move was driven primarily by notoriously more skittish retail traders?

The thing is, the move in the market happened before the WHO meeting. So, most of the market move was likely in response to the uncertainty of what could happen. At the time, there were media headlines along the lines of “Christmas is canceled!” And this naturally spooked investors.

The reality is that we still don’t know several key data points to know how concerned we should be about this variant. There have been literally dozens of variants before, but only three have become dominant throughout the course of the virus. This one has the largest number of mutations so far. And this could be a major problem.

But first, we have many questions

Although some of the mutations are associated with being able to avoid the current vaccines, there haven’t been enough cases to know if this variant evades vaccines, yet.

Also, we don’t know if it’s more or less deadly than the delta variant. Its mutations are also associated with higher transmissibility in line with delta – but we don’t know if that actually translates into reality.

Finally, we don’t know how current treatments – in particular, Pfizer’s “pill” – are able to deal with it. There simply have not been enough cases.

Of course, the market hates uncertainty, and that could keep risk appetite muted simply because we don’t know. We do know that countries are reacting more aggressively this time, specifically by preemptively shutting down travel to southern Africa.

And in turn, the market could keep preemptively reacting as well.

The worst-case scenario would put the world back a year in its covid recovery. Lockdowns to control a vaccine-resistant strain would cause a drop in oil prices, stay-at-home stocks would jump, inflation would likely reduce and central bank rate hikes would be put on hold for months.

Should the worst actually happen, what we saw on Black Friday would just be the beginning of the market move. We shouldn’t forget that some countries are already struggling with existing variants, including Germany and Austria.

On the other hand, as we get more information over the rest of the week, the markets could react positively to the reduced uncertainty. The reaction on Black Friday might have been too strong, and market makers have had the weekend to digest a broader array of data.

The problem is, it might still be a few weeks before we have enough cases to know how the omicron variant reacts to vaccines and treatments. Only then we will know for sure if Christmas is still on.