The Week Ahead – EUR Struggles and ECB Remains Unfazed 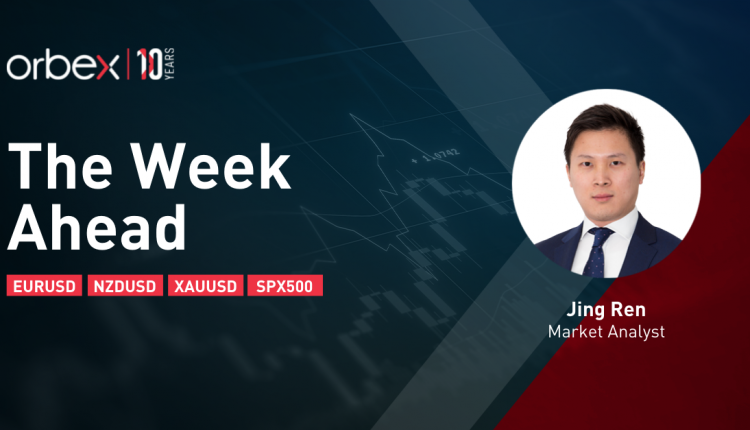 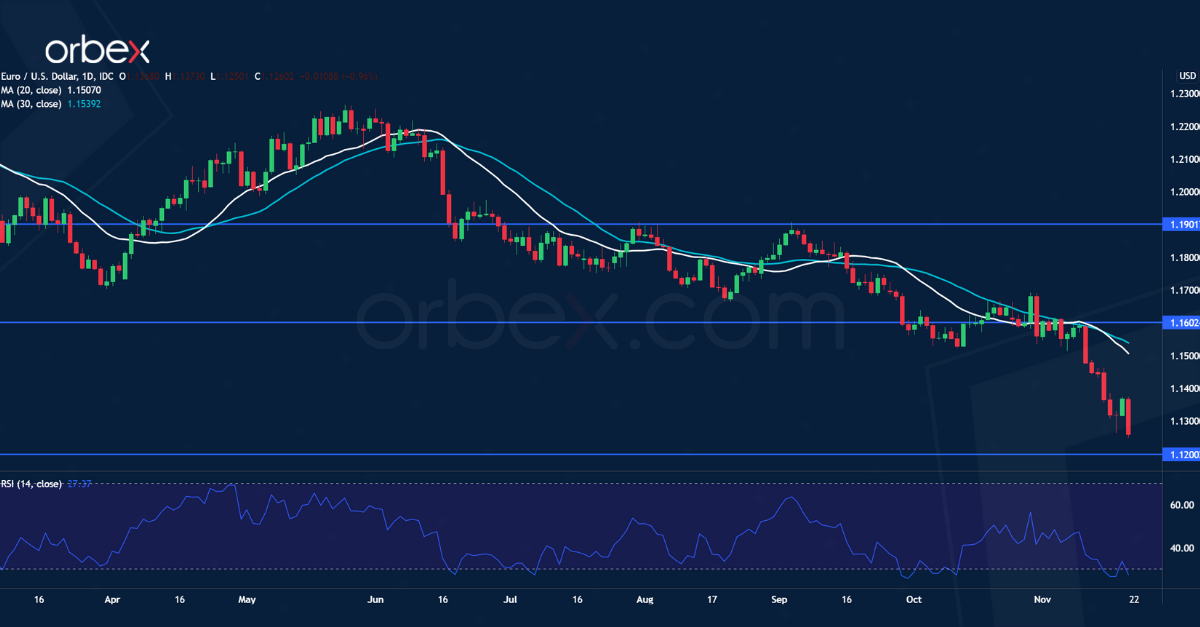 The US dollar continues to rally on growing policy divergence between the ECB and the Fed. As Europe faces a new spike in covid cases, ECB President Christine Lagarde insisted that tightening now would threaten the economic recovery.

Across the pond, a string of upbeat economic data fuelled demand for the US dollar. Amid speculations that the Federal Reserve will have to raise rates in June 2022, the ECB’s dovish position seems like a nail in the coffin for the single currency. 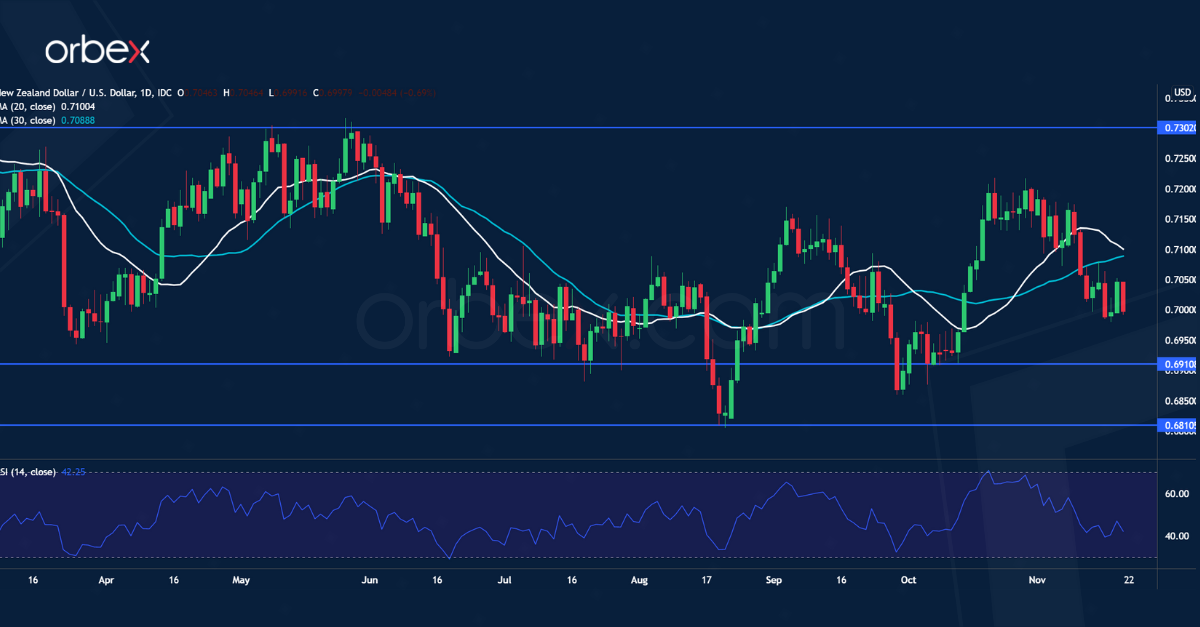 The New Zealand dollar bounces higher in anticipation of an increase in the cash rate at the RBNZ meeting this week. The central bank raised inflation expectations in the fourth quarter, further advancing the case for aggressive tightening.

In an effort to rein in consumer and property price pressures, the RBNZ has embarked on a tightening cycle with its first rate hike in seven years last month. The question this week is by how much?

Markets have priced in a 25 basis point increase. 50 basis points could be a bullish surprise. A rally above last May’s tops at 0.7300 would resume the uptrend. 0.6910 is major support.

XAUUSD climbs as US dollar stalls 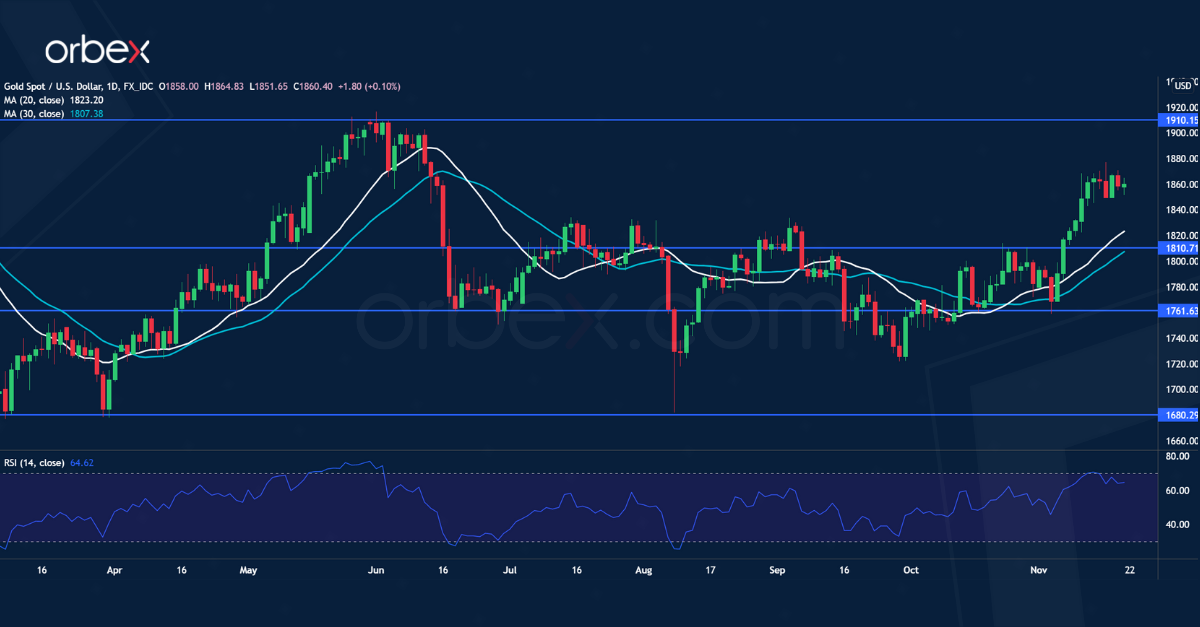 Gold remains firm as the US dollar takes a breather after its recent surge. The rally could face headwinds in the short term as traders are torn between opportunity cost and inflation fears. The prospect of higher interest rates would lessen the appeal of the non-yielding metal.

However, a surge in consumer prices in major economies has boosted demand for bullion’s inflation hedge feature. The US dollar’s next move could tip the balance. And a cheaper dollar would bolster the metal’s performance.

A break above June’s high at 1910 may end the 15-month long consolidation and resume the rally. 1810 is fresh support in case of a pullback.

US 500 consolidates ahead of Fed nomination 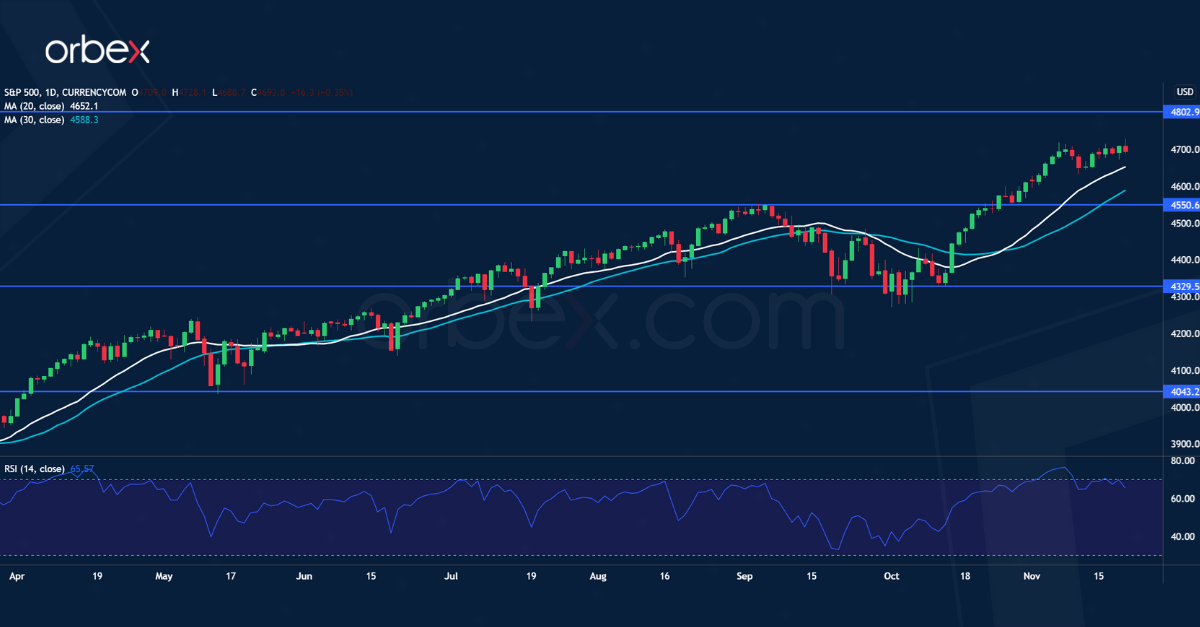 The S&P 500 treads water as investors await the Fed Chair nomination. Analysts are expecting US President Joe Biden to pick the head of the US Federal Reserve this week.

Jerome Powell’s reappointment would offer the continuity that investors cherish. His track record would comfort the market in times of intense inflationary and political pressures. The nomination of the contender Lael Brainard may stir up volatility.

Nonetheless, her more dovish stance could be supportive of an easy money environment, which would fuel the bull run in the medium term. 4800 is the next target with 4550 as the first support in case of a pullback.