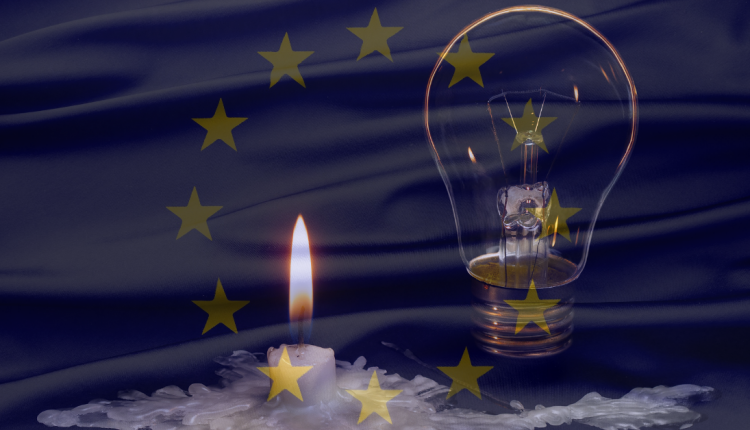 There has been quite a bit of commentary on a Daily Telegraph article published yesterday. The commotion is a result of the article’s suggestion that Europe could see rolling blackouts throughout winter.

Media sensationalism is not new, but given the stratospheric price of energy and the latest developments in the sector, it warrants some looking into. Most notably, this isn’t the first time that the Daily Telegraph has mentioned this possibility. In fact, they wrote back at the start of October that the UK’s National Grid was a warning of rolling blackouts.

Generally, electricity supply instability isn’t something that Western Europeans worry about. But this can be a rising problem. That is because more and more Europeans rely on electricity not just for cooking and refrigerating, but also for heating their homes. The proliferation of heat pumps throughout Europe means that even more homes are reliant on a stable supply of electricity.

The latest catalyst is another delay in the approval of the Nord Stream 2 pipeline, connecting Germany and Russia to supply LPG. The regulatory delay was based on a legal technicality, that presumably the company will be able to resolve in the coming weeks.

However, it exacerbates an already delicate situation. And gas prices in Europe jumped 23% in one day as a response. That said, they were already at near a record high before the spike.

Natural gas and LPG are in high demand, as the energy sector looks to offset costs from higher crude prices. With many utilities locked into fixed-price contracts, the over 300% price in natural gas since the start of the year has put extraordinary pressure on those companies.

Several UK firms have already declared bankruptcy. Supply concerns led to massive shortages across the UK a couple of months ago, largely blamed on the lack of truck drivers. However, the underlying issues of supply aren’t all that different in the European continent.

Why things aren’t getting better

Europe has virtually no supply of its own crude or natural gas and relies on imports for well over 90% of its supply. Part of the drive for energy independence has led to significant investment in renewables.

However, unseasonably clam weather conditions throughout autumn (due to climate change) led to less production in wind power. Electrical grids were forced to use natural gas to compensate. In turn, this further depleted the meager reserves.

Last winter was unusually cold. And crude supplies were constrained by covid, meaning that the usual stocks of natural gas and oil were already depleted in the summer. As prices rose, generation firms failed to build inventory as they waited for crude and natural gas prices to drop. Geopolitical pressures due to the supply of natural gas from Russia through Belarus and Ukraine simply exacerbated the problem.

Now, long-range forecasts suggest that the coming winter will likely be unusually cold, with less wind than normal. Not only does that mean less production from wind farms, but also more cloudy weather. Additionally, snow could reduce solar production as well.

Nord Stream 2 would be the main way to decompress the supply problems. The pipeline has completed construction and is technically ready to supply. It just has to pass the regulatory hurdles.

Presumably, if the threat of blackouts becomes imminent, the red tape’s resolution would be a lot quicker. Unfortunately for traders though, that means energy prices are up to two very uncertain factors: political will and geopolitics.