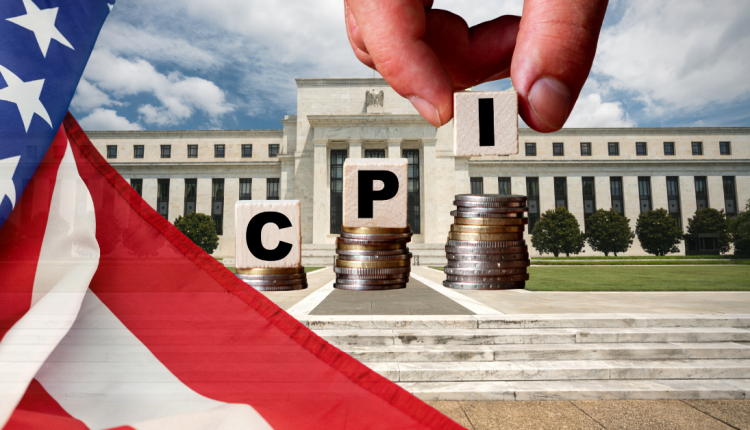 The Fed’s policy outlook (including their tapering schedule) depends on an expectation that the latest high levels of inflation will moderate by the end of the year. This is one of the key factors determining when they are likely to raise rates.

The general idea is that if inflation gets under control in the “near term”, then the Fed will taper before raising rates. However, if inflation stays way above their accepted range, then not only could they bring the hike forward, but it could actually occur before the taper.

Last week we had some news that could be an indication that inflation will continue to move higher. The Producer Price Index came in above expectations at 8.3%, higher than last year (the original outlook was 8.2%).

Specifically, this was the eighth consecutive month of increases, showing that the upward trend had not abated. Although it doesn’t necessarily represent inflation trends, it shows that businesses are still seeing increasing cost pressure from suppliers.

Is there another explanation

Some analysts are saying that increased producer prices aren’t so worrisome.

They point out that these are year-over-year comparisons from the middle of the pandemic. At that time, we saw a decrease (or at least a flattening below normal levels) in prices. Therefore, they argue the price increases are not as dramatic.

Nonetheless, if we consider the overall trend in producer prices, it has moved about the 24-month rolling average by at least 4 percentage points. The comment “not as dramatic as they appear at first glance” doesn’t necessarily mean that there isn’t any growth.

Others point to month-over-month changes, which have seen a slower pace recently.

Prices increased dramatically during the first quarter, and have since been leveling off. The year-over-year comparison doesn’t account for most of the concentrated growth in approximately four months.

And so, inflation still appears high, even though it’s trending towards moderation.

Economists will be considering this when they make their forecasts for the inflation numbers coming out later today. Last month saw a flattening of the inflation rate, and now the forecasts show an expectation for a minor tick down.

Moreover, they project the Headline CPI to show a monthly expansion of 0.4% compared to 0.5% prior. That’s still quite a lot of inflation, but you can still see the difference from the previous month. In fact, it might mean we’ve turned the corner.

On the other hand, if monthly inflation were to move above 0.5% it could cause a serious recalibration of the outlook. This would also raise bets for the Fed’s intervention.

Analysts also expect the Core monthly CPI Change to follow a similar pattern and come in at 4.2% compared to 4.3% prior. This would pull the year-over-year comparison down to 5.3% from 5.4%.

The Fed tracks this figure to determine their policy. Furthermore, it would allow policymakers to say that inflation has made the turn. And it could confirm the Fed’s taper and hike schedule.

An even lower inflation rate isn’t as likely to disturb the markets. This is because it would be just in line with the forecasts. However, higher inflation, especially on the heels of the higher PPI, could rile up the markets.