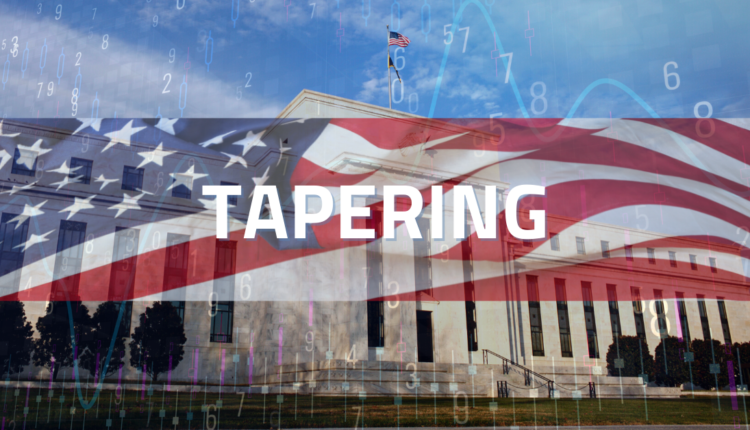 After months and months of speculation, it’s finally here. The FOMC is having a two-day meeting and the general understanding is that they will announce that they will start slowing down the pace of their asset purchases soon.

What does all the hype surrounding the event actually mean for traders? And what could happen in the markets?

Are they really going to taper?

This is actually a thorny question because there are a lot of options for the Fed. In fact, the more precise questions you ask, the shakier the consensus gets.

If the question is, “are we going to see something from the Fed?” the overwhelming response from analysts and economists is, “yes!”

On the other hand, if you ask “what exactly is the Fed going to do in terms of when the taper will start, or how much they will taper?” well, then the answers will be all over the place. Hence, we could see some extra volatility in the markets.

Generally, the Fed will let the markets know at least two months in advance that they will start slowing down their asset purchases. That means if they announce it tomorrow, we’ll see the taper in November.

The Fed could also stipulate a different timeframe, or they’ll most likely not mention a timeframe at all. Specifically, they might just simply say that it will happen “soon” or “in the coming months.”

What the market says

Such vague language would still lead market-makers to pencil in a taper starting in November. Nonetheless, they could allow the Fed some wiggle room if they want to start a little later. This could be for example because of issues around the Federal budget, the debt ceiling, or a worsening of the covid situation as we go into winter.

Then there’s the issue of how much to taper, which is now turning into the bigger factor for the markets. Currently, the Fed is buying $120B in assets per month, split between $80B in treasuries and $40B mortgage-backed securities (MBS).

The Fed could influence markets by foreshadowing how much they will taper by. However, the consensus is that the Fed will leave that for a future meeting. Either way, there seems to be an understanding that the Fed will start tapering by $15B a month, distributed as $10B in treasuries and $5B in MBS.

Beyond the taper issue, the meeting could also be hawkish because of the Fed’s outlook.

We get the first “dot plot” for 2024 rates, and the FOMC’s members will most likely signal that they expect rates to increase by then. The chances of a rate hike in the next three years have been steadily increasing. And analysts expect that the addition from 2014 will have even more members agreeing that rates will go up.

However, the forward rates suggest that the market isn’t confident that the Fed will be able to raise rates as fast as the dot plot suggests. This might be wishful thinking from investors hoping that accommodative policy will continue to support the market.

Regardless, if there is an increase in the number of FOMC members expecting a rate hike, then that could top the announcement of the upcoming taper.

We can expect the aftershocks of the FOMC decision to be around for a couple of days after tomorrow.