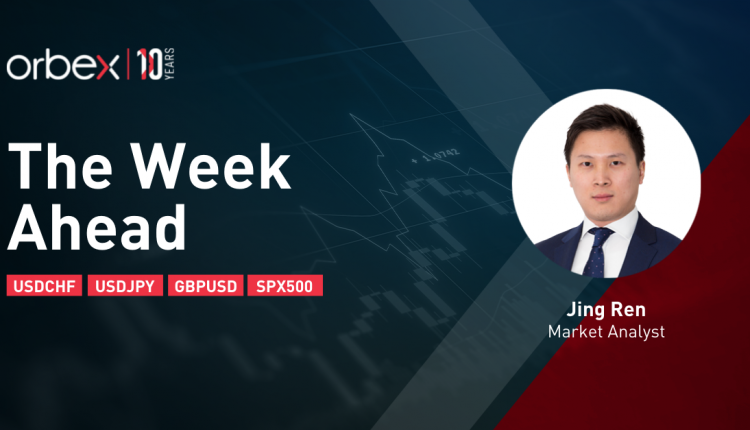 The Swiss franc weakens as markets expect growing policy divergence between the SNB and the Federal Reserve.

As the Swiss economy almost recovers to its pre-crisis level, keeping the franc from appreciating is a top priority for policymakers. SNB vice-chairman Fritz Zurbruegg has voiced the necessity to maintain the policy of negative interest rates.

While global markets have jittered over ‘transitory’, the Swiss central bank has a greater incentive to use and abuse that keyword longer than their US counterpart would.

USDJPY bounces ahead of FOMC

The Japanese yen whipsawed as traders await major decisions from both central banks.

A drop in Japan’s covid cases and further progress in vaccinations may allow the BOJ to paint an optimistic picture. Other than that, the BOJ would deliver little surprise as inflationary pressures still lag behind the US and Europe.

On the other side of the Pacific, odds are better for a hawkish note from the FOMC. Rising prices continue to put the Fed officials on hot seats. An upbeat outlook could be enough to trigger the dollar bulls.

GBPUSD goes sideways as the BOE is indecisive

The pound trades in a narrowing range as markets look for catalysts. The current consolidation looks like a staring contest between the Bank of England and the Federal Reserve.

The sterling still holds the high ground as traders expect the former to raise interest rates earlier. Inflation-wise, on top of supply bottlenecks major economies are facing, the UK has the unenviable task of having to deal with Brexit disruptions.

The pound would lift the psychological level of 1.4000 if an evenly split Monetary Policy Committee breaks the stalemate. Otherwise, the bulls will need to watch for a retest of the support at 1.3600.

The S&P 500 keeps on rolling as investors remain confident ahead of the Fed meeting.

While August’s retail numbers came out as a nice surprise, a rise in new claims for unemployment counterbalanced inflation pressures. However, the market has chosen to give the data the benefit of the doubt.

Despite volatility in the currency market, stock markets’ relentless advance tells that a meaningful shift in monetary policy could be miles away. With so much at stake, a slight change in wind direction would trigger profit-takings.

The index is testing the rising trendline at 4440. A bounce would set 4600 as the next target.