The Week Ahead – The Show Must Go On Despite Outbreaks 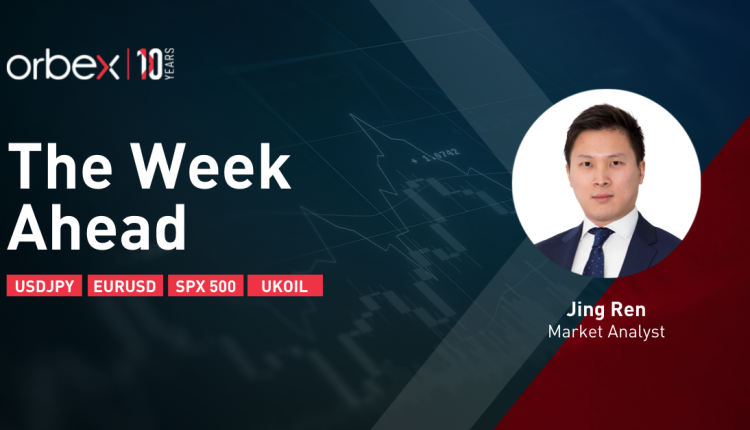 The Japanese yen had inched higher thanks to improved economic fundamentals and a weaker US dollar.

However, it would be too soon to call a full-fledged reversal in favor of the yen bulls.

The Olympic bubble, which helps prevent the spread, mirrors the predicament the Japanese authorities are facing. In fact, the officials have to keep the economy going while expanding emergency curbs amid record cases.

Even if this week’s GDP shows an encouraging reading, traders fret about a post-Olympics hangover.

110.50 is the first resistance as the greenback claws back losses. 108.60 is a key support to safeguard the rally in the medium-term.

EURUSD struggles as US jobs impress

The US dollar strengthened on upbeat nonfarm payrolls and average earnings. The latest consolidation reflects the mixed signals from Fed officials.

Even though the formal stance is to wait and see, some policymakers have voiced that the economy is on the right track to meet the hike requirements.

Expectations have run wild while the reality on the ground is that US covid cases have hit a six-month high. The central bank cannot afford to withdraw its support as long as the sky remains cloudy.

US stock markets climbed higher as investors maintained their bets on sustained stimulus.

The Fed has emphasized that jobs data would play a pivotal role in its decision-making. Giving divergent signals from officials recently, a steady improvement in the labor market could help tip the balance to a more hawkish stance.

One might think July’s numbers would flare up the inflation fear again, but the market has its own reasons and sees the recovery as a confirmation for the bull market.

Oil markets have hit a speed bump on the supply and demand imbalance. With covid resurging in the US, China, and Japan, the world’s major oil consumers may extend travel restrictions.

The commodity is definitely not out of the woods yet as demand struggles to outweigh production. Meanwhile, analysts expect supply to rise after the OPEC+ agreed to raise its output quota.

To add fuel to the fire, growing US stockpiles can only put the bulls in a hot seat.

The fact that Brent crude has failed to clear the resistance at 76.50 is a sign of the market’s hesitation. A pullback to 68.00 would lead to a critical retest of buyers’ resolve.