Can the July NFP Return Some Optimism? 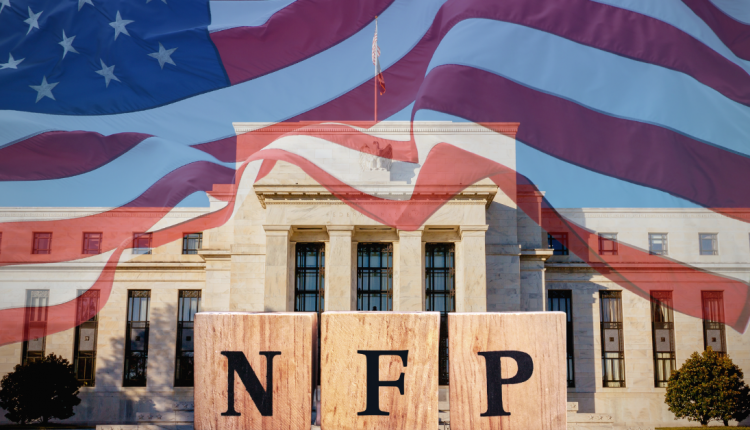 The consensus among analysts is that the US July Non-Farm Payrolls will show a continuation of the increasing job creation trend that we’ve seen since April, albeit significantly slower.

However, there are some reasons to suspect that economists are once again a little too optimistic.

Interestingly, the consensus has been slowly falling through the course of the week.

On Monday, there was a general understanding that 925K jobs were created. By the start of Wednesday, it fell to 895K. Following a massive disappointment in ADP, analysts further cut their outlook to 870K.

And just for comparison, last month’s figure was the first time that it beat expectations, coming in at 850K.

So what are the predictions for the NFP now and how will they affect the markets?

The Fed considers employment to be a key element for determining policy.

Although, we should note that the Fed doesn’t meet again until late September, which is after we get the August employment data. So, this release might not be as important for factoring in Fed policy as it normally is.

The latest report from the BLS showed 9.5 million unemployed, and 9.2 million job openings. Some have attributed this discrepancy to generous unemployment benefits.

In response, half of the states have already ended those benefits. But, those states were the ones that already had relatively low unemployment rates.

Large states with high unemployment such as California, New York, and Illinois are maintaining the extended unemployment programs until they lapse next month.

The markets had a bit of a shock on Wednesday with the ADP employment report, which came in at less than half of the analysts’ outlook.

According to the private measure, 330K jobs were created compared to the 683K anticipated. On top of that, June’s figure was revised lower.

The ADP has lost its reputation for being able to predict the NFP number, though it still tends to be a relative guide for directionality.

While summer does generally coincide with more hiring, there haven’t been any major changes in the “unconventional” reasons for people to stay out of the labor market. A few of these reasons include the fear of catching covid, the lack of daycare, and enhanced unemployment benefits.

Economists project that the unemployment rate will drop two decimals, down to 5.7% from 5.9% prior.

This is based on expectations of the participation rate remaining either stable or diminishing. The suggestion is that even though there is robust labor demand, there are still significant obstacles for people to return to work.

The Fed has hinted that they won’t be paying as much attention to the overall unemployment rate. This is because the unemployment rate doesn’t account for the real number of people who would like to work.

Instead, their focus appears to remain on the employment to population ratio. In turn, this suggests that at least 7 million more jobs need to be created to “normalize” the labor market.

That said, a rate below a million jobs created per month would mean that the Fed could keep policy on hold well into the next year.