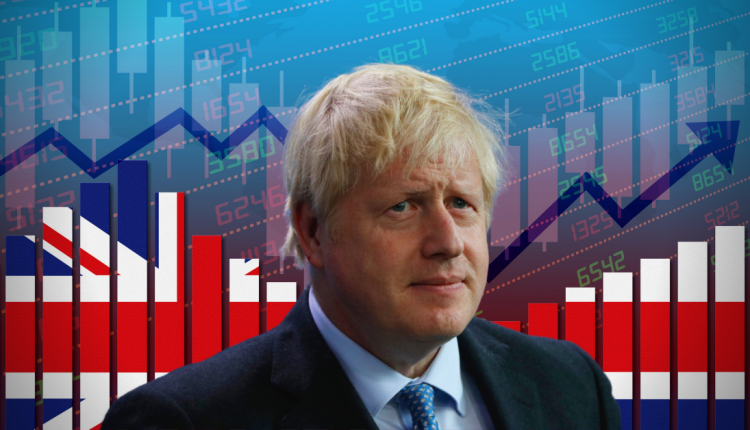 Heading into the G7 meeting over the weekend, analysts were expecting some kind of breakthrough on the Northern Ireland issue.

The venue in the UK and the presence of the major players, plus President Biden’s public pressure on Johnson, were seen as a potential catalyst for a deal.

But, it appears that it was all talk, and the rhetoric from both sides remains largely the same after the meeting. Moreover, the UK has had a series of setbacks over the last couple of days.

And that might be weighing on sentiment on the island nation.

While the UK was beset on the Brexit front, two other pending deals suffered through the weekend.

The Australian Prime Minister acknowledged the importance of “patience” in reaching a deal on a free trade agreement with the UK. This is particularly true as agriculture remained the largest sticking point.

Meanwhile, negotiations for a trade agreement with Canada continue slowly, with parties agreeing to “redouble” their pace.

With the issue of Northern Ireland taking center stage, there is an increased strain on the special relationship between the US and the UK, and their potential free trade agreement.

Being able to sign faster trade agreements was one of the selling points of Brexit. And the latest news hasn’t been the best on that front.

On top of that, there were rumors that the UK would delay full reopening by a month over fears of the new covid variant. The government is reported to hold a special meeting later today to make a definitive decision on that front.

What could give some optimism

While there are reasons for concern, the FTSE 100 has continued to rise, with expectations to continue in that direction.

Bad news on trade doesn’t necessarily mean bad news for stocks. In fact, it could keep the BOE in an easing stance, especially if covid restrictions are kept in place. There is a general idea that if there is a delay in reopening the economy, then it’s reasonable to expect a similar delay in the BOE’s policy “normalization”.

The expectation of lower interest rates could keep the pound under pressure. As a matter of a fact, the data that could change the outlook this week is the employment data. This is because that is the key metric that the BOE uses to see whether the economy has stabilized and can move to a less accommodative policy.

We can expect the ILO Unemployment rate to tick down to 4.7% compared to 4.8% in the prior reading.

Remember, that this is a rolling 3-month average. So, we need to take into consideration that the average now includes April, and January is rolling off.

In other words, a drop of a percentage point might not so much reflect that April saw a drop in the unemployment rate, but rather that it stayed steady. And the change in the number will reflect that.

January saw an increase in hiring after the uncertainty over what would happen on the Brexit deadline was over. The pivotal figure here might be the claimant count. And there isn’t a clear consensus among the expectations.

A negative result is likely to support the pound since it means that the net number of people seeking unemployment benefits has dropped.