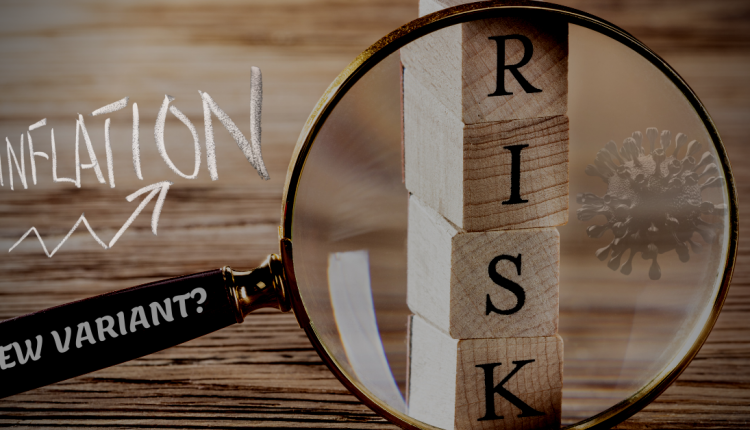 On Monday, Deutsche Bank published a comprehensive study surveying answers from over 600 economists and analysts.

The survey asked what to expect in the markets for the rest of the year. Of course, the section traders were really interested in was what potential risks we could see in the markets.

The top two risks weren’t all that surprising: inflation and the emergence of a new strain of covid that could break through vaccines.

The third might have been a bit uncomfortable, especially for people relying on the experts to get us through these trying times. 39% of economists suggested that central bank error is a major risk that could disrupt the markets.

Given how much markets are now reliant on central banks, after putting out over $7 trillion in stimulus since March of last year, it’s a disquieting scenario.

The largest market makers in the world

The thing is, central banks don’t have a good track record in the process of withdrawing stimulus. And there isn’t even a consensus among the experts as to what to do about it.

Generally, when analysts try to forecast what central banks will do (and how it will affect the markets) the base assumption is that the policy changes will be the “right” decision.

That is to say, if inflation gets out of hand, central bankers will move to control it. That makes a lot of market outlook and analysis vulnerable to the “black swan” of central bankers making a mistake.

What could go wrong?

Following the last recession, when the economy was back growing again, the Fed moved to start normalizing its policy. This produced what was called the “taper tantrum“. That’s when interest rates spiked and roiled the markets.

Since then, the Fed has been extra hesitant about drawing back stimulus.

But, if they wait too long to start normalization, that could lead to an overheating market. This, in turn, will lead to inflation, and potentially a bubble that could be even worse.

Timing is one of the key factors. But so is the method.

Across the pond, the BOE’s Bailey has suggested that the most convenient course is to start selling bonds as soon as possible. This is in a bid to give the central bank more ammunition straight away.

Rolling off debt would have the practical effect of raising rates in the market without an official move to do so, privileging “safe” debt over speculation.

Investors are likely to be more confident if all the central banks agree. If each is doing something different, it suggests they might be stabbing in the dark.

We are already deep into uncharted waters. And if the officers start arguing over where to turn the helm, it doesn’t inspire confidence in the crew. Especially when one of them, Captain Powell we could call him, has a reputation for raising rates too soon, too fast.

The bottom line is that some degree of unorthodox policy will likely be called for. This heightens the potential for the central banks to not only get the policy wrong, but the timing, or the way in which they communicate it.

All of that could significantly rile up the markets as we enter the “normalization season”.

StockWatch: Bezos’ Amazon Days are Over