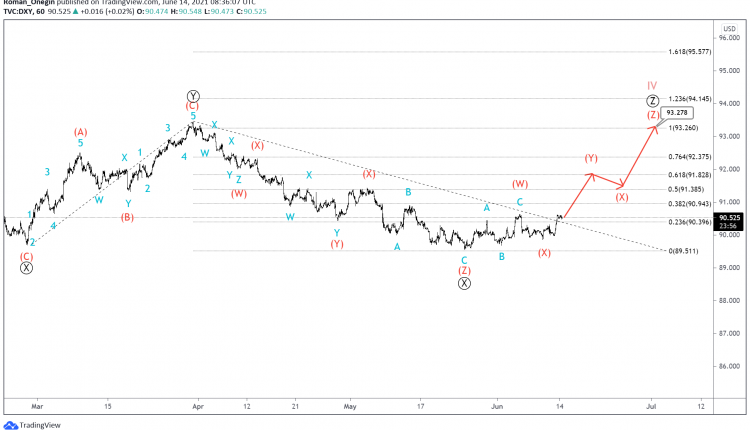 The current DXY formation hints at the construction of a corrective wave IV of the cycle degree.

Wave IV could take a complex formation of the primary triple Ⓦ-Ⓧ-Ⓨ-Ⓧ-Ⓩ zigzag.

The primary intervening wave Ⓧ has ended, which took the form of a triple zigzag consisting of intermediate sub-waves (W)-(X)-(Y)-(X)-(Z).

The last primary leg of the sub-wave Ⓩ will also have the structure of an intermediate triple combination, as shown in the chart. The first wave (W) of the intermediate degree has already formed as a minor zigzag.

The entire intermediate pattern is likely to complete near 93.27. At that level, primary sub-waves Ⓨ and Ⓩ will be equal. 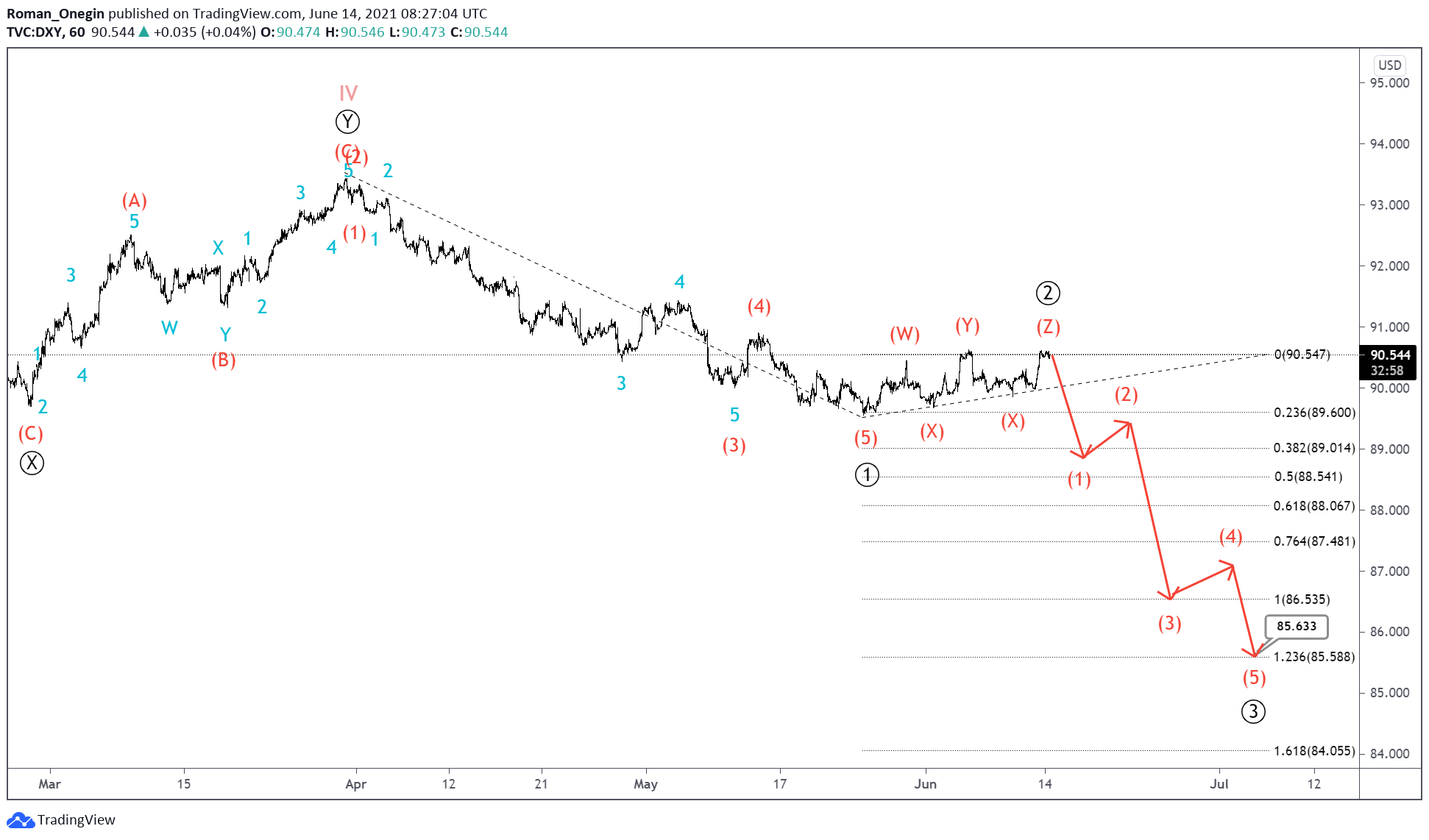 An alternative scenario hints at the formation of a bearish impulsive wave. This means that the development of the cycle correction IV was completed much earlier.

Primary sub-waves ① and ② have ended. Now we await the development of the primary wave ③, which can take the form of an impulse.