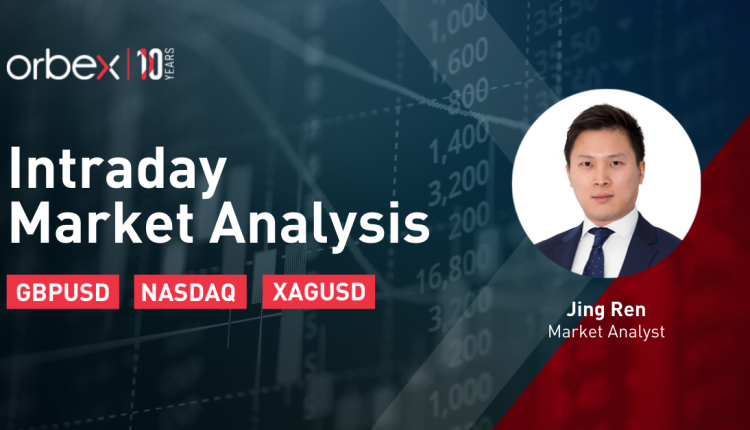 The pound consolidates as the unemployment rate falls to 4.7% in the three months to April.

The pair has found support at the lower range of its horizontal consolidation (1.4040). This demand zone from the daily chart is critical in keeping the bullish trend intact.

An oversold RSI at this level may have prompted the bulls to buy the dip. 1.4125 from the latest sell-off is the immediate resistance. Its clearance could pave the way to the peak at 1.4250.

On the downside, a breakout could trigger a sell-off towards 1.3900.

The Nasdaq 100 pulls back ahead of the Federal Reserve’s June monetary policy meeting.

The breakout above the previous high at 14070 is a confirmation of bullish continuation. The bullish MA cross on the daily chart suggests an acceleration in the rally.

Short-term retracement could meet buying interest from trend followers. 14170 is the immediate resistance and the psychological level of 14000 is the closest support.

Further down, 13800 on the 20-day moving average would be a test for the bulls’ commitment.

XAGUSD consolidates ahead of breakout

Silver holds on to recent gains as the US dollar softens on lackluster retail numbers.

Sentiment has recovered after the price rallied above the daily resistance at 28.30. The precious metal is grinding along the 30-day moving average in search of bids.

27.00 is a major support while the sideways action goes on. A bearish breakout could extend the correction towards 26.10.

On the upside, a close above 28.00 may lead the price to challenge the upper band of the range at 28.70 for the third time.