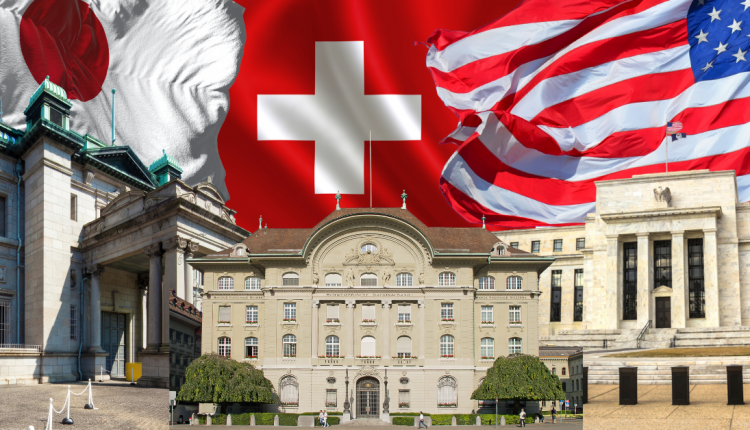 There are several major interest rate decisions coming up this week.

But vaccination rates still aren’t high enough to put aside concern about a new surge in covid cases. Moreover, the threat of new variants still remains.

So, the general theme among expectations is cautiously waiting, with perhaps some tweaking of expectations for the coming years. Central banks are likely to try to do everything they can to not spook the markets.

Overnight, AstraZeneca posted a report showing their vaccine was 92% effective against the latest covid variant of concern, the delta one. The mechanism of action is similar to other vaccines. This suggests that Pfizer’s and JNJ’s would be just as effective.

However, apparently, the markets weren’t too concerned about variants, as the news didn’t impact sentiment all that much.

What to look out for the FOMC

Generally, we can expect the Fed to not change policy. This effectively means keeping the rate the same, as well as asset purchases.

A potential concern is whether Chairman Powell will open the door to hinting at slowing down the pace of asset purchases. The consensus among analysts is that it is still too soon for the Fed to signal that. They would likely wait until the end of summer.

Another concern is how the market might react to the Fed’s updated guidance. The dot-plot is generally expected to show a consensus that rate liftoff will happen in 2023. At least, that’s what’s being priced in by the market.

If the Fed has a more dovish point, it could provide some weakness for the dollar and support stocks.

The Fed may also raise its inflation outlook for this year, but keep it stable for next year and the year after. If the Fed was to raise its outlook for inflation next year, it might speak to general anxiety in the market that inflation is likely to rise, and hurt risk sentiment.

However, the Fed could double down on the idea that rate liftoff and tapering will depend on job numbers, not inflation.

BOJ expected to push ahead with support

In terms of formal policy, we can generally expect the BOJ to keep things where they are.

There is a consensus that they will likely extend the emergency help provided to businesses as part of the pandemic, which will expire in September. However, there is still time for the BOJ to extend it at the next meeting.

Nevertheless, the consensus is that they will do it now to give more clarity to decision-makers.

In the very rare event that the BOJ does not, then we could see the Nikkei index drop, and the yen get stronger initially. But the consternation in the markets over the surprise might cause the yen to turn around rather quickly and weaken.

Generally, Japan has avoided some of the inflationary pressures that other countries have, giving the BOJ more room to stay accommodative.

SNB to stay the course

Experts anticipate that the Swiss National Bank policy decision will remain the same. The SNB will likely repeat their mantra that the frank is too strong, to maintain their current intervention level.

The high price of the frank generally means that the SNB has no worries about inflation for the foreseeable future. Indeed, this allows them to remain as accommodative as they like.