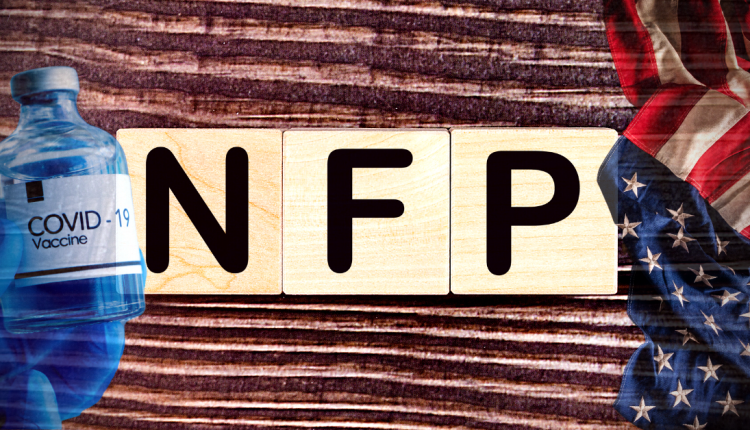 For the last couple of months, the NFP has handily beaten estimates.

The suggestion is that it’s a sign the US economy is normalizing faster than expected. That can be attributed to a steady increase in the pace of vaccination. But the fact that it’s so far beat expectations might be one of the reasons many analysts are being extra optimistic this time.

It’s true that through the course of April, there has been a significant amount of rollback of restrictions across many of the more populous states. Particularly states where unemployment remains high, such as California and New York.

But, just because businesses can reopen, it doesn’t necessarily mean that jobs will rush back. Business owners are finding it increasingly hard to find willing entry-level employees for retail as they are competing with generous unemployment benefits.

The trend is the future?

Yesterday we had the release of the private ADP employment data. And recently, this has kind of lost some of its predictive power over the NFP.

That said, it also had very generous expectations, and the real number came in as a disappointment. It was still a really good number of job additions, and an improvement over the prior month’s. But it failed to meet the very high expectations.

That might be the theme for tomorrow’s release as well.

Expectations are for the April NFP to show 978K jobs added, an even faster rate than the 916K registered in March. So it’s quite possible to have an increase in job creation and still not beat estimates.

Are we priced in?

The stock market took a bit of a dive following comments from Treasury Secretary Yellen on Tuesday about the potential to raise interest rates.

Typically, with the level of optimism in the projections, we could have expected the market to have risen in anticipation. That would put it in a position to take a bit of a correction if the result doesn’t meet expectations. Tuesday might have dented that run-up a bit.

However, Fed policy is now on everyone’s minds. And job creation is seen as the key for when the FOMC might look to start tightening the money supply.

The majority of S&P companies have reported so far, and there has been a theme. They are experiencing rising costs for raw materials, and are looking to raise prices.

Even Warren Buffet commented on the potential of inflation during the annual meeting of Berkshire Hathaway shareholders.

Counterintuitively, better job creation, and in particular a drop in the unemployment rate, might get traders a little more nervous. But that’s because it may increase the chances of a sooner taper.

Expectations are for the unemployment rate to drop to 5.8% from 6.0% prior.

The other element to pay attention to is average hourly wages since people need to be making money in order to fuel the economy.

We can expect hourly wages to fall by -0.4% compared to 4.2% prior. This is mainly attributed to the expectation that a lot of lower-paying jobs have returned as economies reopened.

The Fed might not feel that full employment has been achieved until average hourly wages start moving higher again.

Trade the NFP LIVE with seasoned Market Strategist David Kindley! - Subscribe to our YouTube Channel now & turn on notifications so you don't miss the live stream!