US dollar consolidates as the economy bottoms out 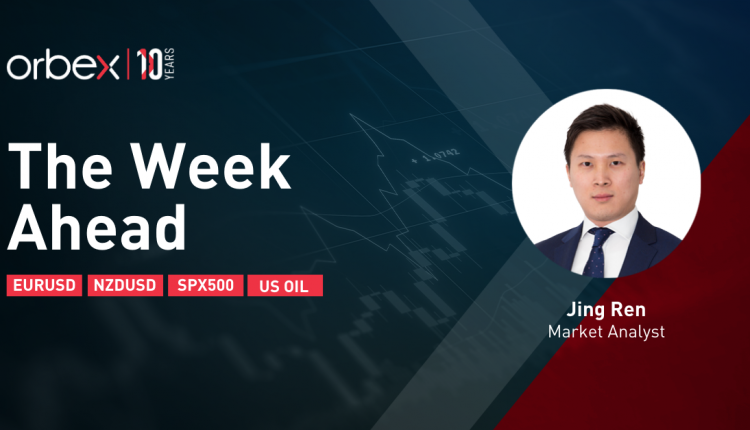 A pullback of the US dollar has given the euro some breathing room but economic divergence may keep the latter under pressure for a while.

A string of upbeat US data has helped shift sentiment in favor of the greenback. In the meantime, Europe is struggling to put an end to its cycle of lockdowns, a far cry from the situation in the US where the Biden administration has confirmed that all adults may start to receive their vaccine from April 19.

On the chart, the euro has bounced back from the five-month low at 1.1610. Strong selling interests are likely to be found around the supply zone between 1.2000 and 1.2100.

NZDUSD stays on a corrective course

The New Zealand dollar continues to retreat on the back of the government’s fiscal intervention to keep a lid on house prices.

While the kiwi’s recent peak was due to expectations that the RBNZ could be the first major central bank to taper, the current correction is a mere reflection that a rate hike this year has become less probable.

The market will be eager to see how policymakers lay out their plan this week. Any hint to keep the monetary policy loose throughout 2021 would weigh on the exchange rate.

The stock market continues to surge higher on expectations that the US economy has bottomed out of the pandemic. A tangible and stronger-than-expected economic performance has taken precedence over the intangible fear of inflation.

How high is too high is anyone’s guess, but the recent dip has turned out to be a brief correction, healthy enough for buyers to push the index past the 4000 milestone.

4400, doubling from the March 2020 trough would be the next target. In the short term, bulls will remain in control of the price action as long as the index stays above the demand area between 3730 and 3850.

Oil prices came under selling pressure after data showed a sharp increase in US gasoline stockpiling. This could be the straw that breaks the camel’s back after OPEC+ agreed to add 2 million barrels per day of production into the summer.

Concerns over the supply and demand imbalance have resurfaced as consumption is still lagging in the game of catch-up. Prices have returned to the pre-pandemic level, yet the reality on the ground is a different story.

This divergence may trigger a correction. 52.00 is the next support should traders start to take profit, while the previous high at 67.50 has become a major hurdle.