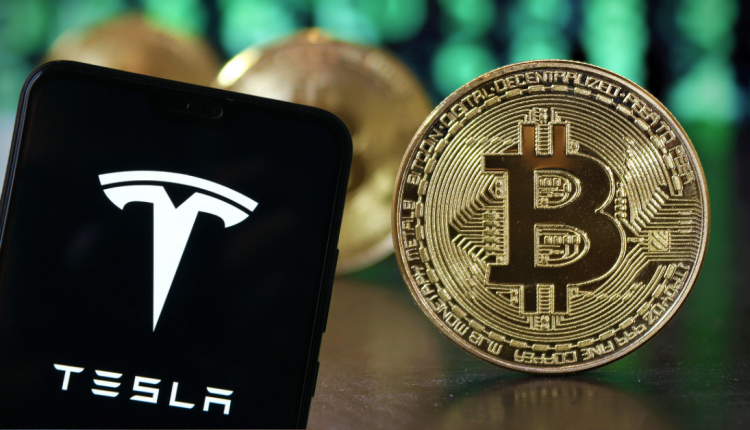 Tesla shares are trading a little higher ahead of the open on Thursday. Price bounced back after a strong sell off yesterday as the US dollar surged higher.

Shares in Elon Musk’s company have seen a firm correction lower this year moving down from highs of 886 to lows of 536 a fortnight ago.

While there has been some recovery off this level, shares are still well down on the year, hovering around 630 currently.

The driver behind the 40% slide was mostly the broader correction seen in the tech sector as a whole. This came as a result of soaring US inflation expectations and rising yields which have dampened the equities outlook.

Stocks that performed the best over 2020 have come under heavy selling pressure over Q1 amidst the shift in US economic outlook.

With the prospect of US tapering/return to tightening now starting to enter the horizon, traders have been squaring away long positions.

Tesla has been in the news this week over the announcement from CEO Elon Musk that customers can now use Bitcoin to pay for its vehicles.

This announcement comes not long after Musk declared that Tesla had purchased around $1.45 billion worth of Bitcoin in a show of confidence in the cryptocurrency which experienced a dramatic rally over last year.

The Tesla chief also confirmed that any Bitcoin received will be held and added to the group’s holdings, not converted back into dollars.

Musk Warns Customers To be Careful

Musk has been a strong supporter of Bitcoin, causing a huge spike in demand last year when he tweeted about it.

This was followed by a further spike in demand when he announced Tesla’s purchase of the digital currency. However, this week’s announcement also came with a warning.

Musk cautioned customers to take care when transacting the deal to ensure they input the correct code for the Tesla wallet. Musk warned that putting in the wrong code will send the money to a different end-user, with no way of retrieving the money. 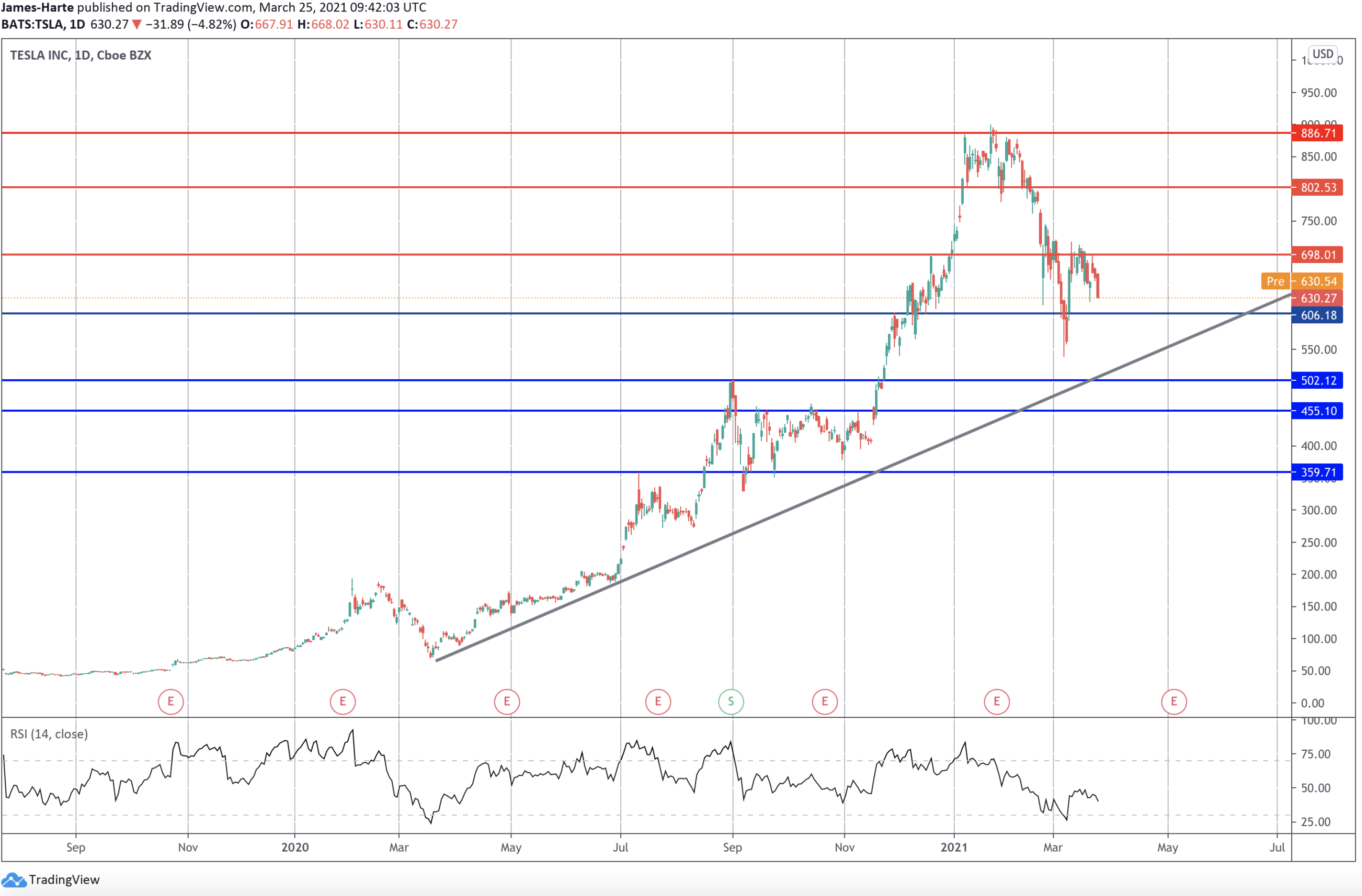 The correction from the 886 highs in Tesla has seen price breaking down through several key levels. Price has recently rebounded and traded back above the 606.18 level, though the 698.01 level is holding as resistance for now.

While below here, the correction has room to run further to test the rising trend line from last year’s lows, a break of which will see the 502.12 level move into view as support.