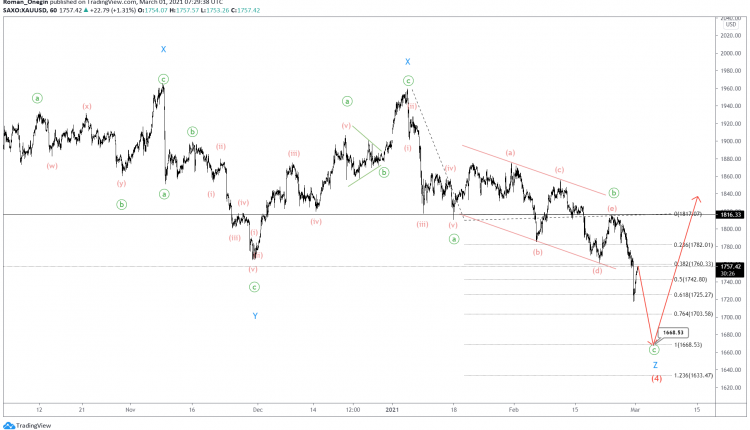 On the 1H timeframe for gold, we see the formation of a major correction (4) of the intermediate degree. This is a bearish triple zigzag consisting of five minor sub-waves W-X-Y-X-Z. The correction itself (4) is part of the global bullish impulse.

It is assumed that the triple zigzag is nearing its end. At present, we see the development of the last actionary wave Z, which takes the form of a zigzag ⓐ-ⓑ-ⓒ.

After the end of the minute correction ⓑ in the form of a skewed triangle, the price decline continued in the minute impulse ⓒ.

Then the price is expected to reverse and rise above the maximum – 1816.33. 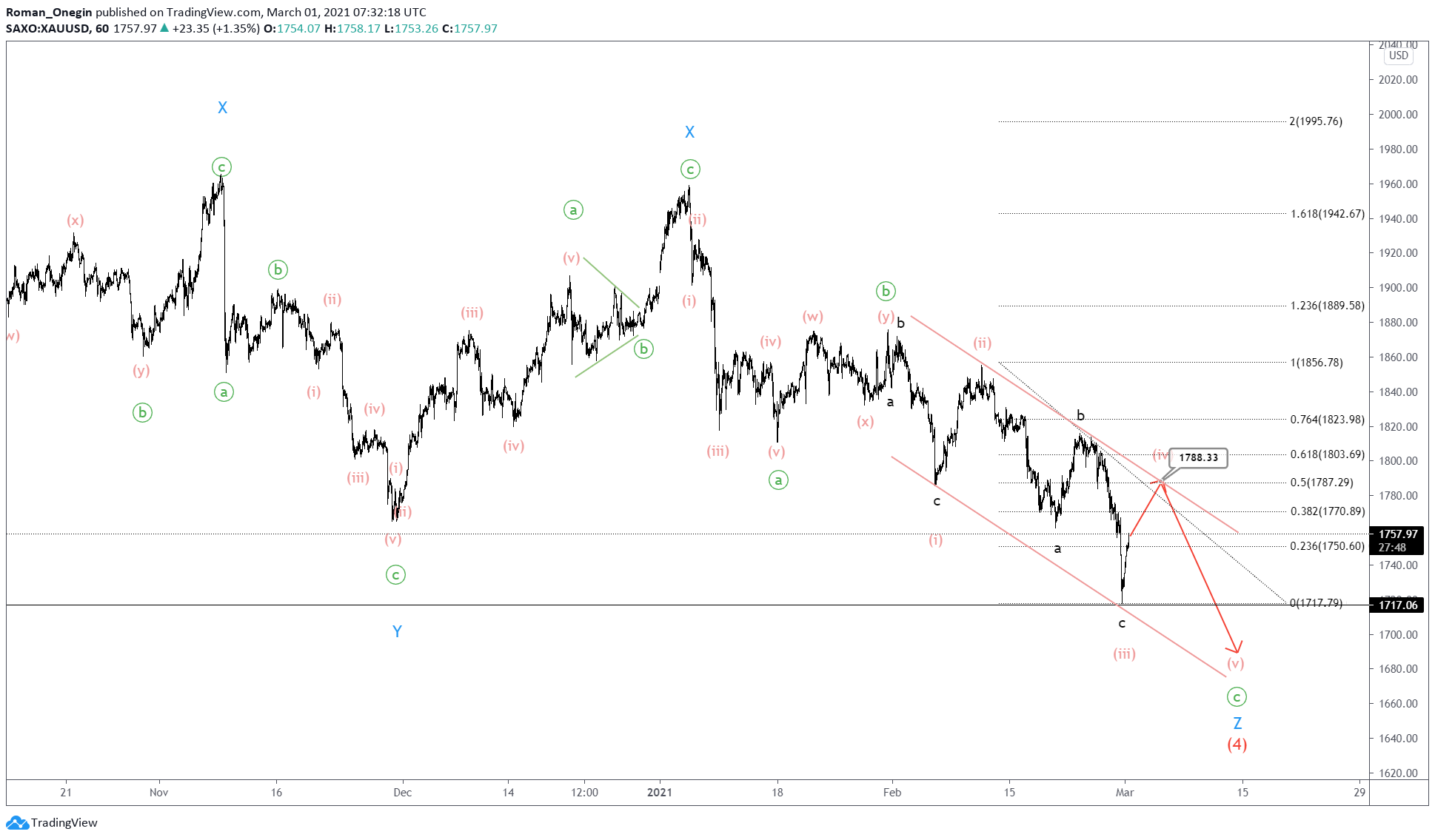 In the alternative version, the actionary wave Z of the minor degree also takes the form of a simple zigzag ⓐ -ⓑ -ⓒ. But the correction ⓑ completed earlier than in the main version. It is a bullish double zigzag.

In this case, the minute wave is not an impulse, but an ending diagonal.

The Week Ahead: A Good Problem to Have