What to Expect from ECB Rate Decision 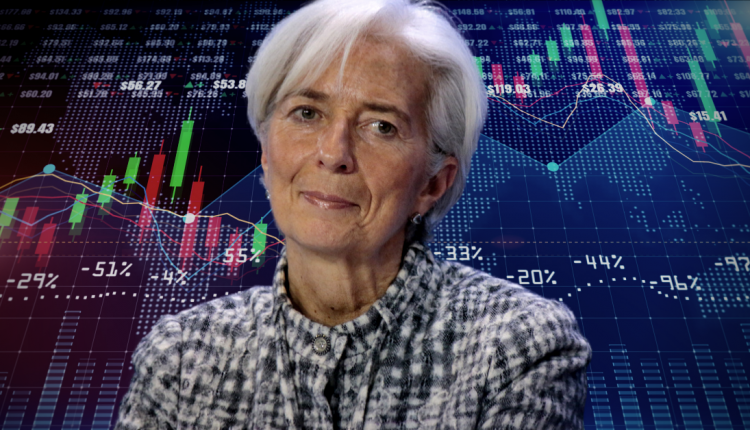 Tomorrow’s ECB meeting is expected to be something of a challenge for the members of the monetary policy committee.

There is quite a bit of market expectation on what they will say. So, we could have some extra volatility in the euro depending on the results.

A majority of retail traders are positioned for the euro to go down in the medium term. And generally, this is an indication that we can expect a stronger euro.

The shared currency could get a push in that direction after the meeting, and in particular during President Lagarde’s press conference.

Headline expectations and what’s at stake

As for the interest rate, there is ample consensus that there won’t be any change.

Virtually all economists expect the ECB to keep the rate steady through the end of the year. At the moment, money markets are in agreement, with no changes in the reference rate until after December.

But interest rates in Europe have been on the rise, generally as a response to a reflation trade. Basically, this means that people expected the euro area economy to grow, and inflation to tick up.

The ECB has so far been happy with the rise in rates, generally understanding them as a sign that confidence is returning to the market.

But, higher rates means that borrowing costs are going up. And this is the exact opposite of what the ECB is trying to achieve with its monetary policy.

We can expect a certain modest upswing in bond yields as the economy looks to recover. However, the ECB has not issued as much QE as other major central banks.

Unlike the US or the UK, the EU hasn’t made as large stimulus spending. And, what it has allocated is arriving into the economy slowly.

Most economists see a rebound, but there isn’t as much agreement on there being an increase in inflation.

As bond yields rise, eventually they might lead to slower monetary circulation, and the ECB will have to step in to help out the economy. Some economists are speculating that could happen as early as this meeting, with the ECB trying to “talk down” yields.

No actual policy change is expected, but the ECB has broad discretion to keep bond yields in Europe under control.

Lately, they have been slowing down their pace of asset purchases, which allows bond prices to slip higher. At the last meeting, the communication was that they won’t necessarily use up all their discretion to expand the balance sheet.

What could jar the markets is if Lagarde hints at potentially raising asset purchases. Or if the interest rate statement drops language about not completing the total amount of purchases.

Both of those are likely to be interpreted by the market as the ECB wanting rates lower, which in turn could weigh on the euro.

That concern appears to be being priced into the shared currency at the moment; and should neither scenario materialize, we could see a pop-up in the euro as a “relief rally”.

StockWatch: Competitors Close in on Netflix