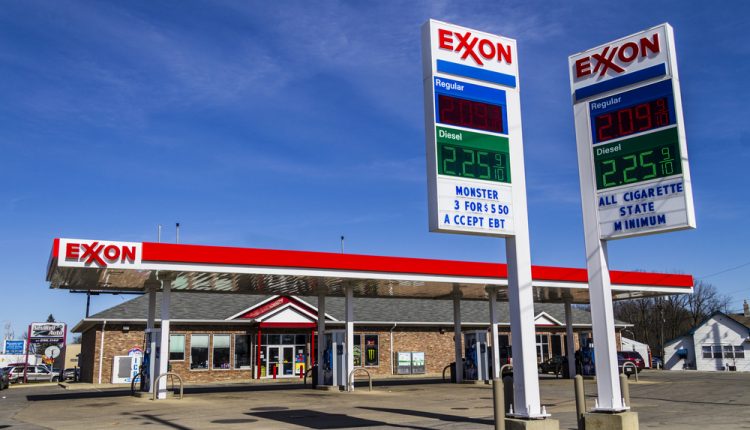 Shares in Exxon Mobil have paused in their recent ascent. The energy company’s stock prices continue to hover around the 55.39 level following a break above it last week.

Shares recovered from a brief dip below the level this week to trade back north of the marker, keeping the recent bull trend in good health.

Exxon’s shares saw an impressive 84% rally off the November 30.90 lows. This took price back up to recent highs of 56.

Indeed, Exxon’s shares rallied firmly despite weak Q4 earnings results which saw the company reporting earnings per share of -$4.70. This was wildly below the $0.08 Wall Street was looking for.

In total, 2020 was an incredibly tough year for the company. It reported its first annual loss in decades. The mammoth slide in oil prices amidst the huge drop in global demand hit the company hard, as it did its competitors.

As a result of the losses, Exxon has had to undergo significant workforce restructuring aimed at cutting costs. As part of this, the company announced this week that it will be cutting 7% of its workforce in Singapore given the “unprecedented market conditions” which have been created by the pandemic.

Exxon will cut 300 of its 4000 jobs in Singapore by the end of the year. This comes just weeks after the company announced the closure of its Altona refinery plant in Australia, which the firm has had in operation for 72 years.

Commenting on the move, Exxon’s chairman and managing director of the ExxonMobil Asia Pacific Pte said:

“This is a difficult but necessary step to improve our company’s competitiveness and strengthen the foundation of our business for future success.”

Exxon has also been under pressure to respond to calls from activists and shareholders to adopt a more climate-friendly approach to business. In light of this, Exxon said it will now focus on reducing pollution. They plan to invest $3 billion in this strategy. 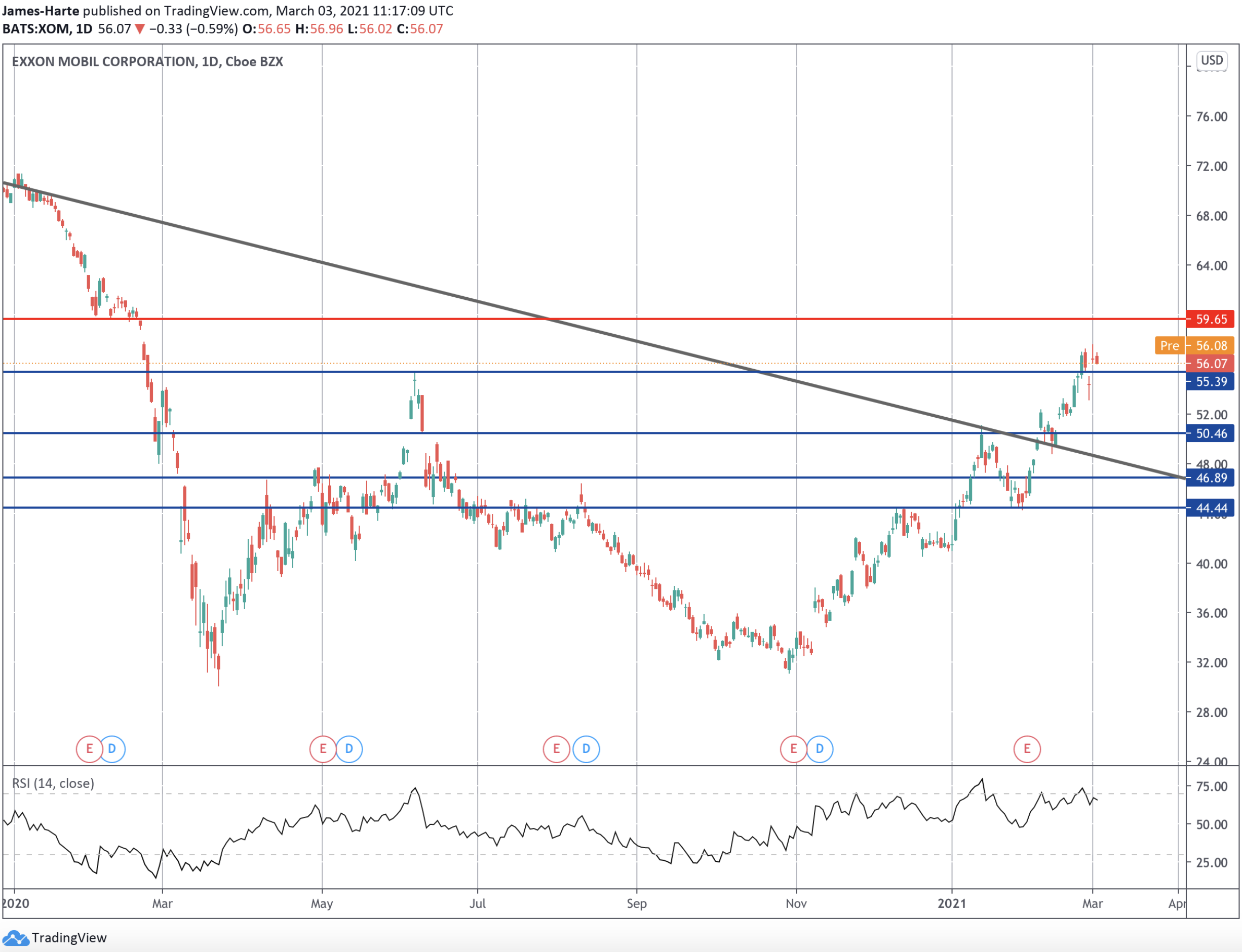 The rally in Exxon’s shares has seen price breaking above several key levels on the move above the bearish trend line.

While price holds above the 50.46 level and broken bearish trend line, the focus is on further upside with bulls looking towards the 59.65 level next.