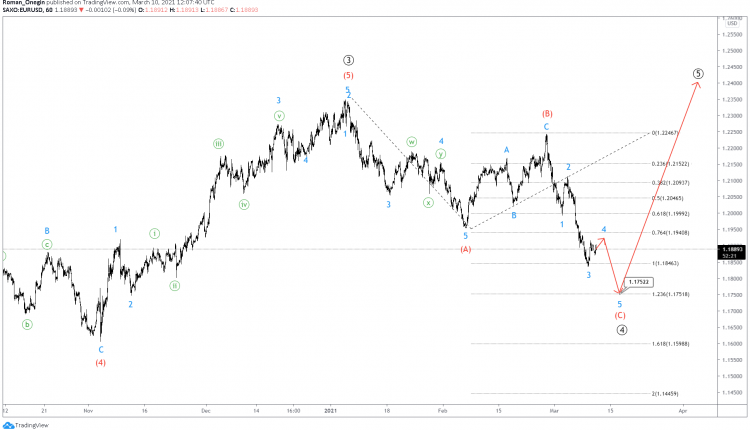 The current EURUSD structure hints at the formation of a large primary corrective wave ④.

The primary wave ④ seems to be a simple bearish zigzag including the intermediate sub-waves (A)-(B)-(C).

Waves (A) and (B) have ended whereas wave (C) is still under construction. Moreover, waves (A) and (C) are simple impulses.

Impulse (C) is only partially complete. In the near future, we could see the development of a small bullish correction wave 4, after which the market will continue to move lower in the minor wave 5 to the 1.175 area.

At that level, impulse (C) will be at 123.6% of impulse wave (A). Therefore the probability of reaching this level is quite high. 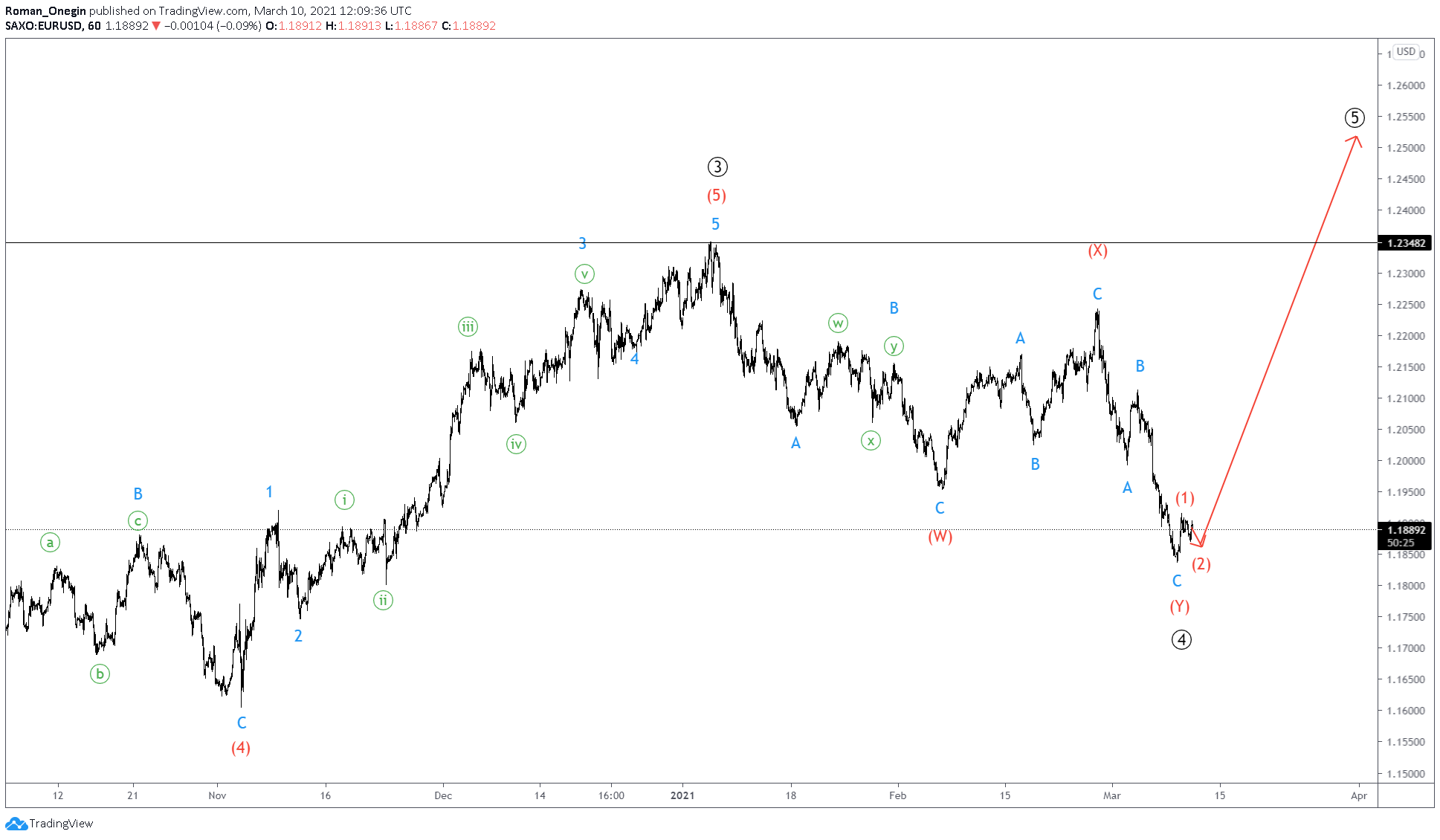 An alternative scenario shows the primary correction ④ takes the structure of a double (W)-(X)-(Y) zigzag.

Here the sub-waves (W) and (Y) are not impulses, but simple zigzags consisting of minor sub-waves A-B-C.

Zigzag (Y) could be fully completed, as it consists of waves A-B-C.