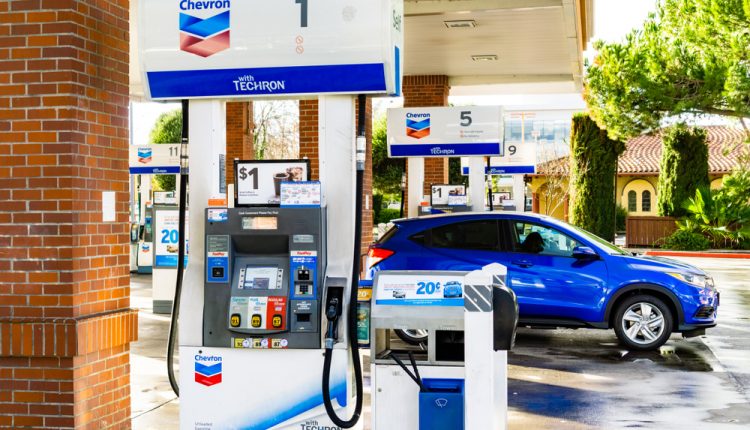 Chevron is trading higher pre-market on Wednesday as the energy company’s stock price continues to climb. Chevron has had an impressive start to the year with the company’s shares recovering from the 84.85 lows printed in February, to trade up to 109.57 currently, a solid 32% rally.

The main driver behind the move has been the ongoing rally in oil prices. Global energy markets have been on a firm rally over recent months, responding to the growing demand and better demand outlook amidst the global vaccination effort and re-opening expectations.

The upside in oil was maintained by OPEC which recently declared that it will be continuing with the current production cuts in place. There had been speculation that the group might look to ease out of the restrictions in order to capitalize on the higher prices seen currently.

However, in light of the uncertainty which still remains with regards to the pandemic, the group has opted to keep current cuts in place, supporting oil and helping to lift Chevron’s shares as a result.

Chevron lost $5.5 billion last year as a result of the pandemic. However, the company laid out its plans for the year ahead, including a focus on delivering higher returns through working on lower emissions.

There has been a big shift within the energy industry recently with oil producers such as Chevron under pressure to respond to activist and shareholder calls for a greener mandate.

Chevron this week laid out a pathway to achieving zero emissions at its annual investor day conference.

The company will invest heavily in low-carbon technology and look to up its production of renewable and sustainable energy products, moving away from fossils fuels. Part of this will be a big focus on recycling plastics to make new petrochemicals which can significantly bring down the carbon footprint of the operation.

This new focus should stand Chevron in good stead with its investors and is likely to up its demand among new investors as those looking for returns increasingly seek to do so in an environmentally friendly way. 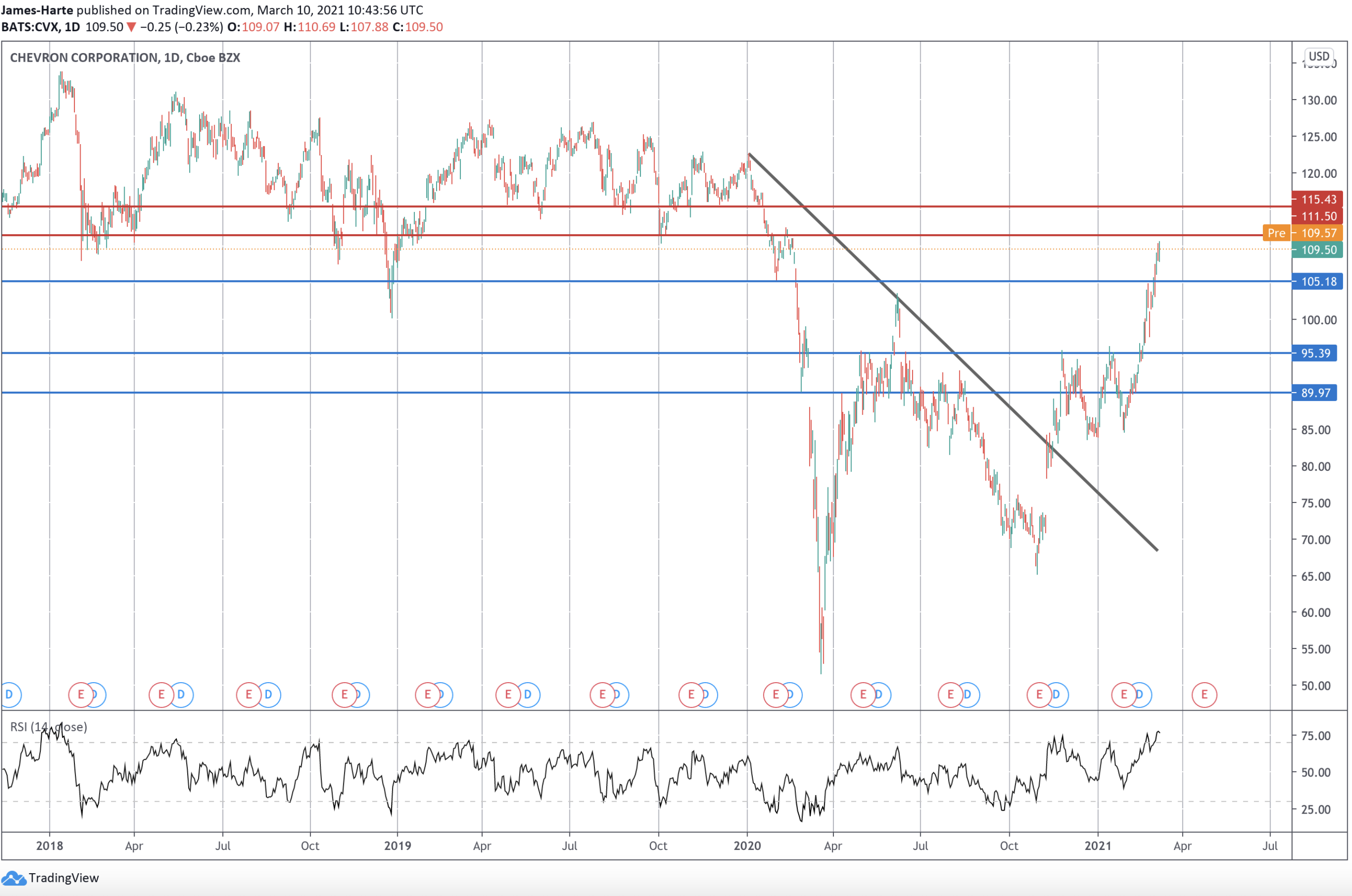 The rally in chevron has seen price breaking above several key levels recently, most notably the 95.39 and 105.18 levels. Price is now quickly approaching the 111.50 level.

While the current rally has been explosive, the RSI indicator is supporting the rally for now keeping the focus on the further upside in the near term with 115.43 the next big level to note.

StockWatch: Competitors Close in on Netflix