WallStreetBets & the Future of Trading – What to Expect 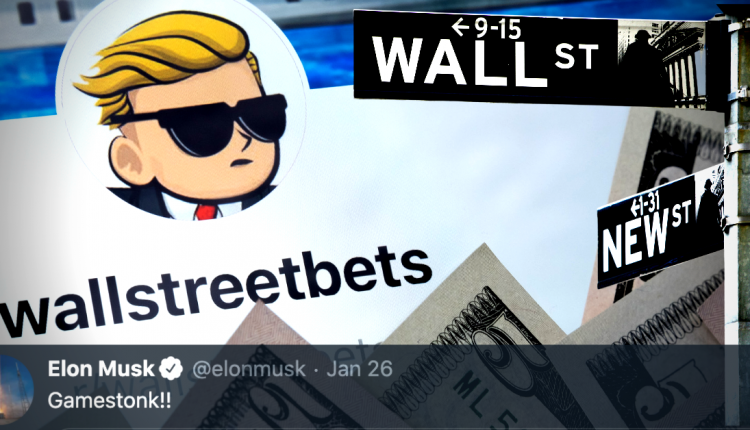 At this point, everyone knows about the Main Street vs Wall Street battle started on Reddit against Hedge Funds.

It’s awesome that trading is getting a lot more attention.

But while it’s fun to talk about, savvy traders need to look to the future to adapt to what this means for trading.

It’s no doubt that the whole Robin Hood (or, as someone suggested renaming it, Sheriff of Nottingham), GameStop, and Melvin Capital episode will change the way the market behaves.

Hedge funds have a new risk to keep in mind. Not to mention government regulators have gotten involved.

Market prices have moved, and potentially some trading strategies might have been affected.

Even forex felt some of the repercussions of the incident.

So, where do we, the traders involved in taking down the big boys, or the traders keeping away from risky plays, go from here?

Undoubtedly there are some great trading opportunities. And there has been a rush of people joining in, allured by how success suddenly looks easier.

There are all sorts of plays popping up, from Malaysian traders trying to take on foreign investors, to another attempt to corner the silver market.

Here’s the thing, though. From the very beginning, this was a very risky investment strategy.

It worked, so good for them. But as time goes on, the risk increases.

Part of the reason that WSB was able to pull this off was good coordination between the people involved. And as the number of would-be trader-revolutionaries grows, coordination falters.

The latest mantra is to encourage people to not sell their GameStop shares which have skyrocketed in price.

But, here’s the thing: GameStop as a company isn’t really worth all that much. That’s why Melvin Capital was shorting it in the first place.

There is no way that a company with an outdated business model based on retail stores in the middle of a pandemic is worth an excess of $25B.

At some point, reality is going to have to set in. And anyone who bought the stock after Melvin Capital sold their holdings is in for a rude awakening when the real value of GameStop reasserts itself.

In order to make a profit on driving up GameStop’s price, it’s crucial to get out at the right moment. And without good coordination, a lot of people can end up holding a lot of worthless stock.

Why Nokia didn’t take off

The same can be said for any other company. In fact, one of the attempts to do this very same strategy was on Nokia.

While the stock price did go up a bit, there was too much liquidity in the market.

As traders tried to force up the price through artificial demand, there was plenty of supply to meet it, and so the price didn’t go up enough.

Now with the push on silver, there is another difficulty: the government.

It’s one thing to take on a few hedge funds that are subject to SEC regulation. It’s entirely different to try to push up the price of a commodity that the US Federal government considers a strategic asset.

In the 1980s an attempt was made to corner the silver market as well. This came to an abrupt end when the government opened its strategic reserves.

There was already a push on Capitol Hill and from the White House to add new regulations on financial markets.

There is bipartisan agreement after the incident that “something” has to be done.

However, politicians believe generally that no crisis should go to waste, and are likely to default to their pre-existing policy initiatives and push them as a “solution” to the current problem.

The new Biden Administration has raising taxes high on its list of priorities. And there has been a lot of interest among Democrats to push through a financial transactions tax.

On the other side, there are many who are pointing to this being just another example that the big tech companies have too much power. Ie shutting down retail traders, deleting negative reviews of Robinhood, purging/suspending stock trading groups from Facebook, Reddit, Discord, and other social media.

The US already brokers from offering CFDs, the popular mechanism to “democratize” trading in the rest of the world.

Robinhood – and the various competitors who are now trying to deal with all the discontented clients switching platforms – used options as a way to access the market cheaper.

So far, officially, all the SEC has said is they are looking into the incident. But one of the compromise options that might come out of Congress is further regulation of options.

And this would make it more difficult for retail traders.

What should I keep in mind when trading?

We could expect to see more pressure to increase scrutiny on big tech firms, with a least another round of Congressional hearings involving Facebook, Alphabet, and Twitter, momentarily weighing on their stock.

Keep an eye on Tesla CEO Elon Musk’s Twitter for mention of any stock ticker that could rally retail traders.

The bottom line is that short selling is an intrinsic part of risk hedging, in particular using options.

What Melvin Capital did was generally regarded as a “security” play. Hedge funds are likely to reevaluate their hedging strategies, which could impact market dynamics.

Many traders would “ride” on hedge fund plays, as they are legally required to be disclosed. But now there is the added risk that they could be subjected to retail traders trying to squeeze them out.

It might be a couple of weeks before the dust settles around the WSB aftermath, and we get some certainty on what kind of measures will be taken.

Until then, risk sentiment is likely to be impacted, as market makers are uncertain what assets retail traders will target next.

Chevron Swings Back To Losses in Q4