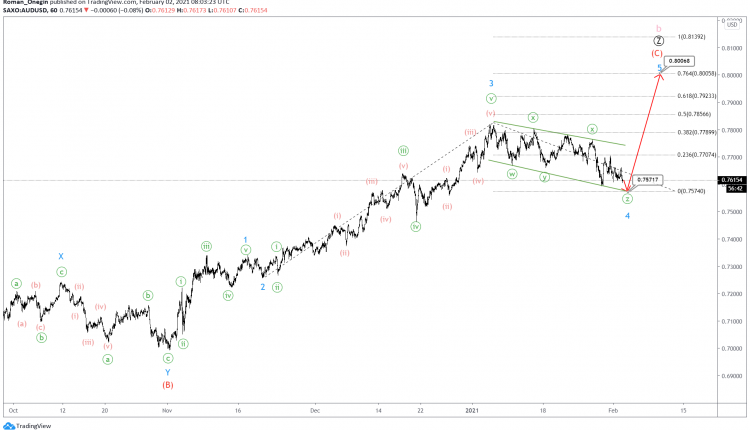 The AUDUSD formation hints at the construction of a bullish correction b of a cycle degree. It takes the form of a primary triple Ⓦ-Ⓧ-Ⓨ-Ⓧ-Ⓩ zigzag.

The chart shows the final part of the primary wave Ⓩ, which is a standard zigzag consisting of intermediate sub-waves (A)-(B)-(C).

Within the intermediate impulse wave (C), we now see a decline in correction 4.

Finally, a price increase towards the level of 0.800 in a small impulse wave 5 is likely. 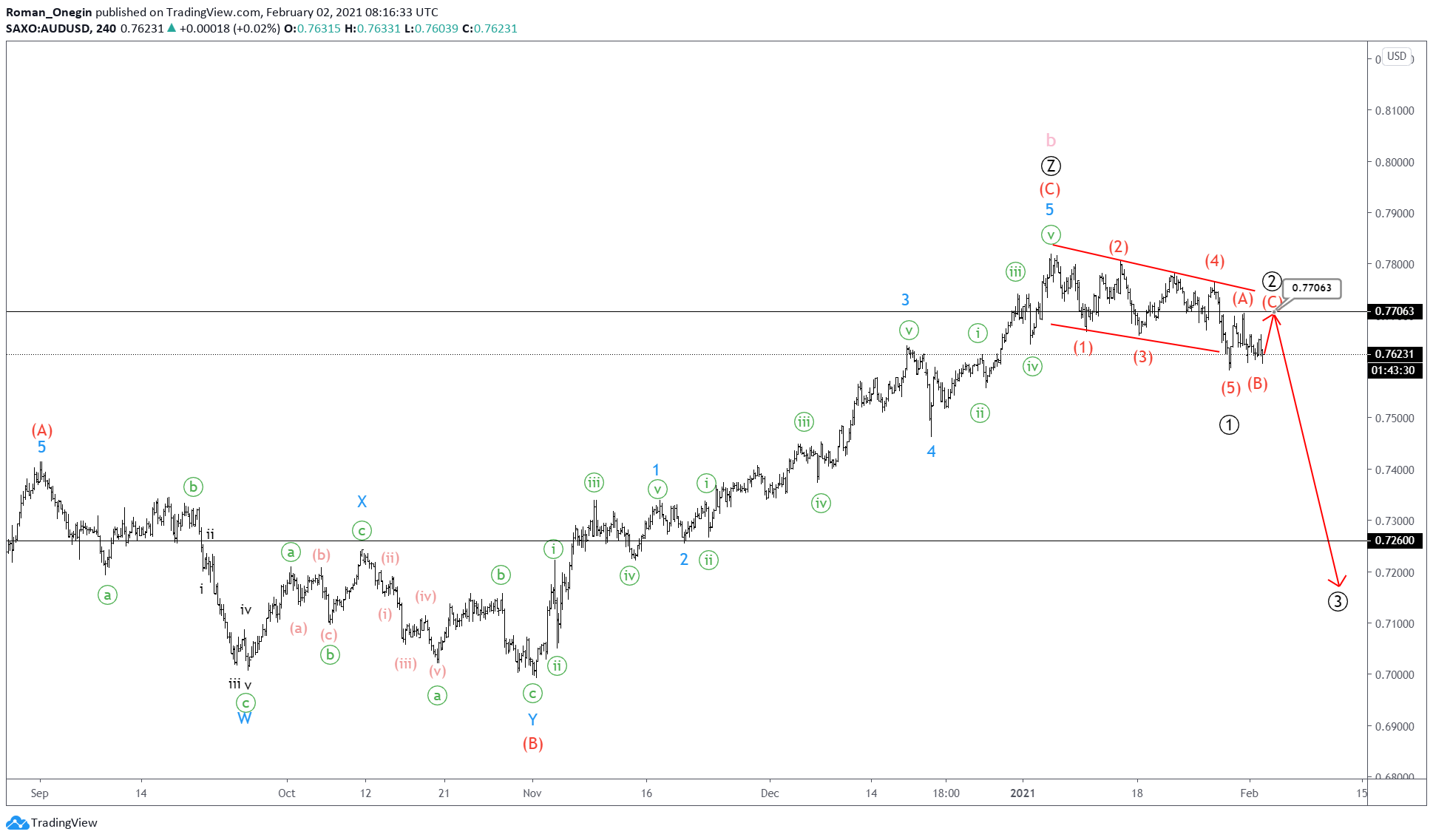 The correction wave ② is expected to end at the maximum formed by the intermediate wave (A) near 0.770.

Finally, a decline in wave ③ below the minimum formed by wave 2, near 0.726 is likely.

WallStreetBets & the Future of Trading – What to Expect