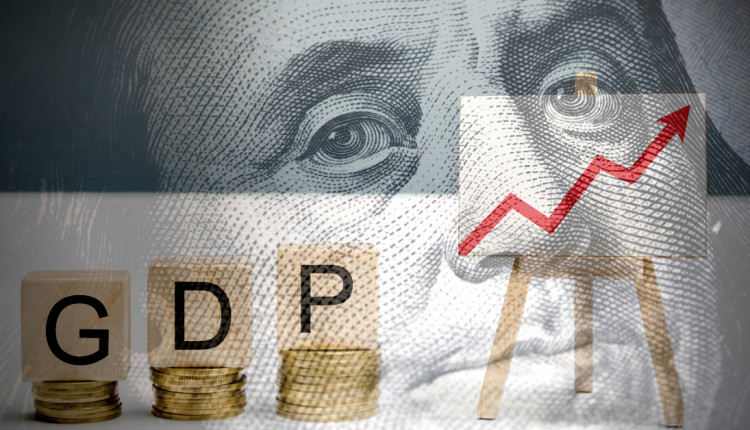 Tomorrow we get the final results for US Q4 GDP growth.

Expectations are for the result to confirm that the American economy grew by 4.0% annualized (or 1.0% during the quarter), protecting the US from falling into a second technical recession.

So, if the economy is doing so well, and analysts expect it to improve going forward… Why has the dollar been getting weaker? And why are projections indicating that it will continue on that trajectory for at least the next few months?

Most analysts expect the EU to fall back into a technical recession. Meanwhile, the US is likely to report a quarterly expansion in the economy as several states have moved to lift lockdowns following Jan 20th.

So, why is the EURUSD on an upwards trajectory? Will Europe perform better than the US over the remainder of the year?

It’s down to inflation expectations

The US economy might have been among the least affected by covid, but it is not entering a period of headwinds. Particularly for the dollar.

Congress is making progress on approving President Biden’s $1,9T stimulus package in March. But even before that, there is already talk of another spending package of at least $2,0T for infrastructure.

While there is some expectation that both packages might be whittled down a bit as they work their way through Congress, it is still an unprecedented amount of spending.

For comparison, during the last great crisis, the Obama administration spent only $800B in diverse aid programs to boost the economy. Last year, total spending under the Trump administration was a little over $4.0T.

Combined with the anticipated spending over by the Biden Administration, that would come out to nearly ten times as much money as was spent following the subprime crisis.

There is no free lunch

After what amounts to around 40% of GDP in deficit spending, the books are going to have to be balanced somehow.

One is through inflation, and the other is through increased taxes. And Biden promised to do the latter in his campaign.

Following the GameStop incident, there have been renewed calls for a financial transaction tax (also called a Tobin tax). This would be added to the existing proposal to raise corporate taxes, in order to help pay for some of the deficit.

The downside of a Tobin tax is that it increases the viscosity of money. It also raises the cost to access capital. The exact opposite of what the Fed is currently trying to do.

The knock-on effect is a slower stock market, and lower yields, making dollar-denominated assets that much less attractive.

The dollar is too strong

Policymakers, on the other hand, might not see a weaker dollar as a problem.

Trump had long railed against the Fed because of dollar strength. A weaker greenback would help exporters, and encourage buying American, one of the pledges of the Biden campaign.

With the Fed willing to tolerate higher inflation for a period, the effect on balancing the fiscal checkbook is likely to be positive in Washington.

If GDP indicators suggest a more modest recovery than initially expected, we could expect the dollar to continue its slow slide downwards. At least until there is some reason to be interested in safe havens once more.