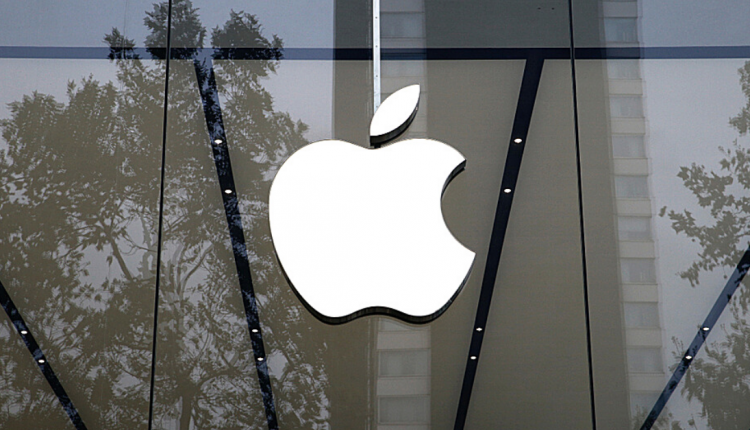 Shares in iconic US tech firm Apple are trading a little lower pre-market on Wednesday. Following an initial rally, as the year opened, Apple shares have since retreated, falling almost 18% from highs to the lows printed yesterday. Tuesday’s price action was particularly wild as traders reacted to comments made by Jerome Powell, the Fed Chairman.

Powell was testifying at the Senate Banking Committee as part of the central bank’s monetary policy review. Telling the committee initially that he saw a return to normal over the year, Apple shares fell as the equities market sold off.

Rising US inflation expectations have been hitting tech stocks particularly hard given the record-breaking rallies seen over 2020. However, Apple shares rebounded firmly over the session as Powell downplayed the prospect of the Fed removing monetary easing in response to rising yields and inflation expectations.

Powell stressed the need for the return to full employment and said that inflation will be allowed to overrun a little in the short term. With equities and tech stocks recovering off the lows of the session, Apple ended the day in the green. However, it has since fallen lower once again ahead of the US open today.

Despite the pandemic, Apple saw a more than 150% recovery off the 2020 lows. Shares rallied from lows around the 55 mark to highs of around 137. Investors were buoyed by a consistently strong set of quarterly returns over the year.

Meanwhile, products revenue in total was seen at $95.68 billion, well above the $88.2 billion the market was looking for. 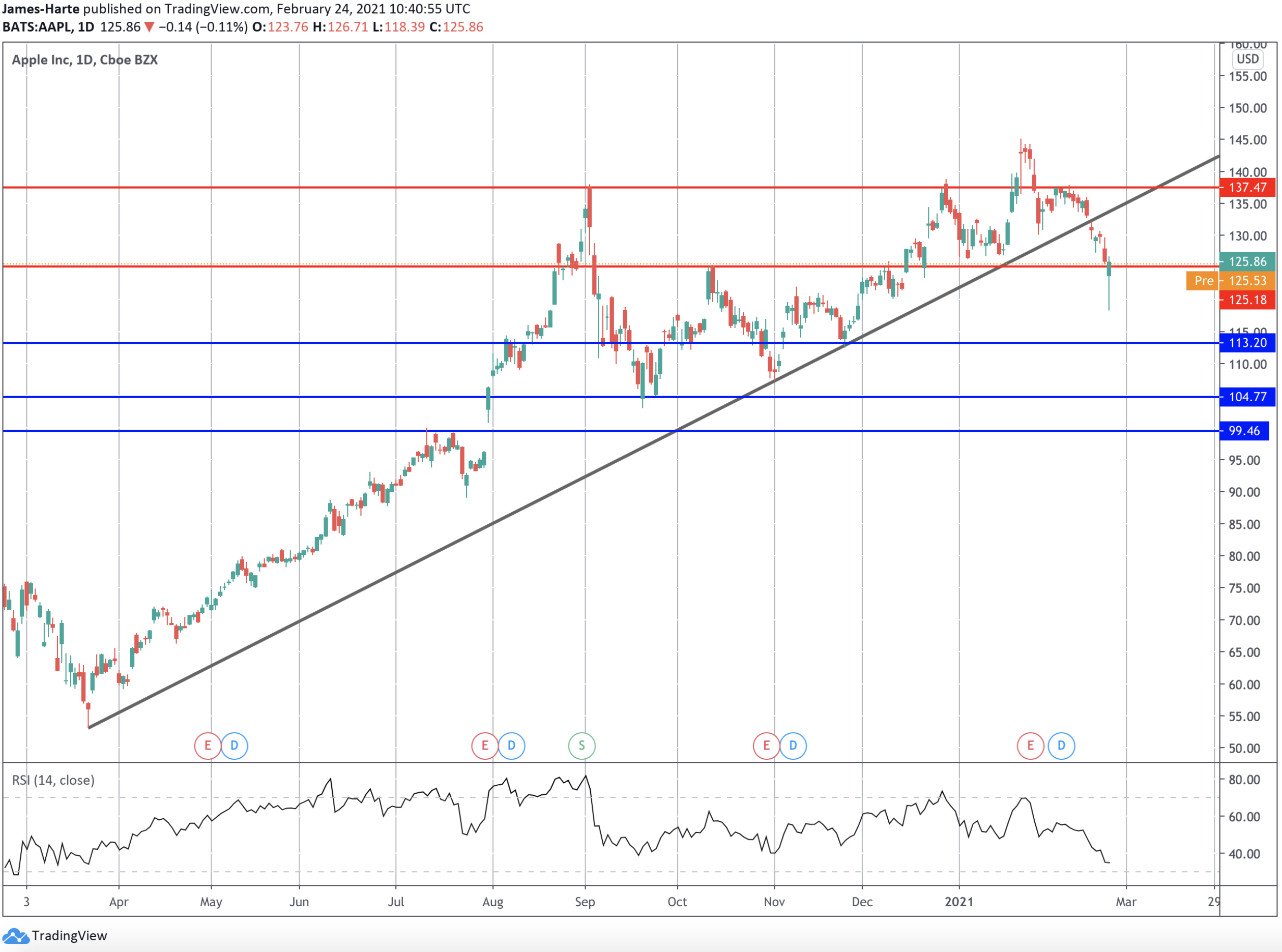 Following the breakdown through the rising trend line from 2020 lows, Apple shares have now fallen beneath the 125.86 level. This is a key long-term level for Apple and while below here, the focus is on a continued push lower with 113.20 the next big support on the radar.