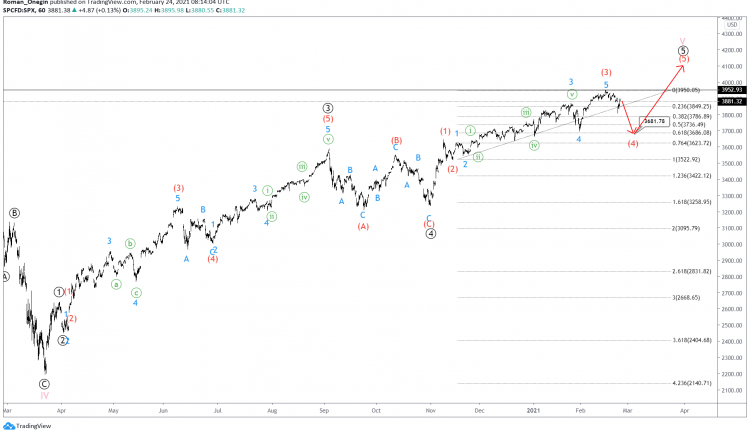 The current formation of the SPX500 index hints at a large cycle impulse consisting of sub-waves I-II-III-IV-V.

The chart shows the final part of cycle impulse V. This consists of the primary sub-waves ①-②-③-④-⑤. 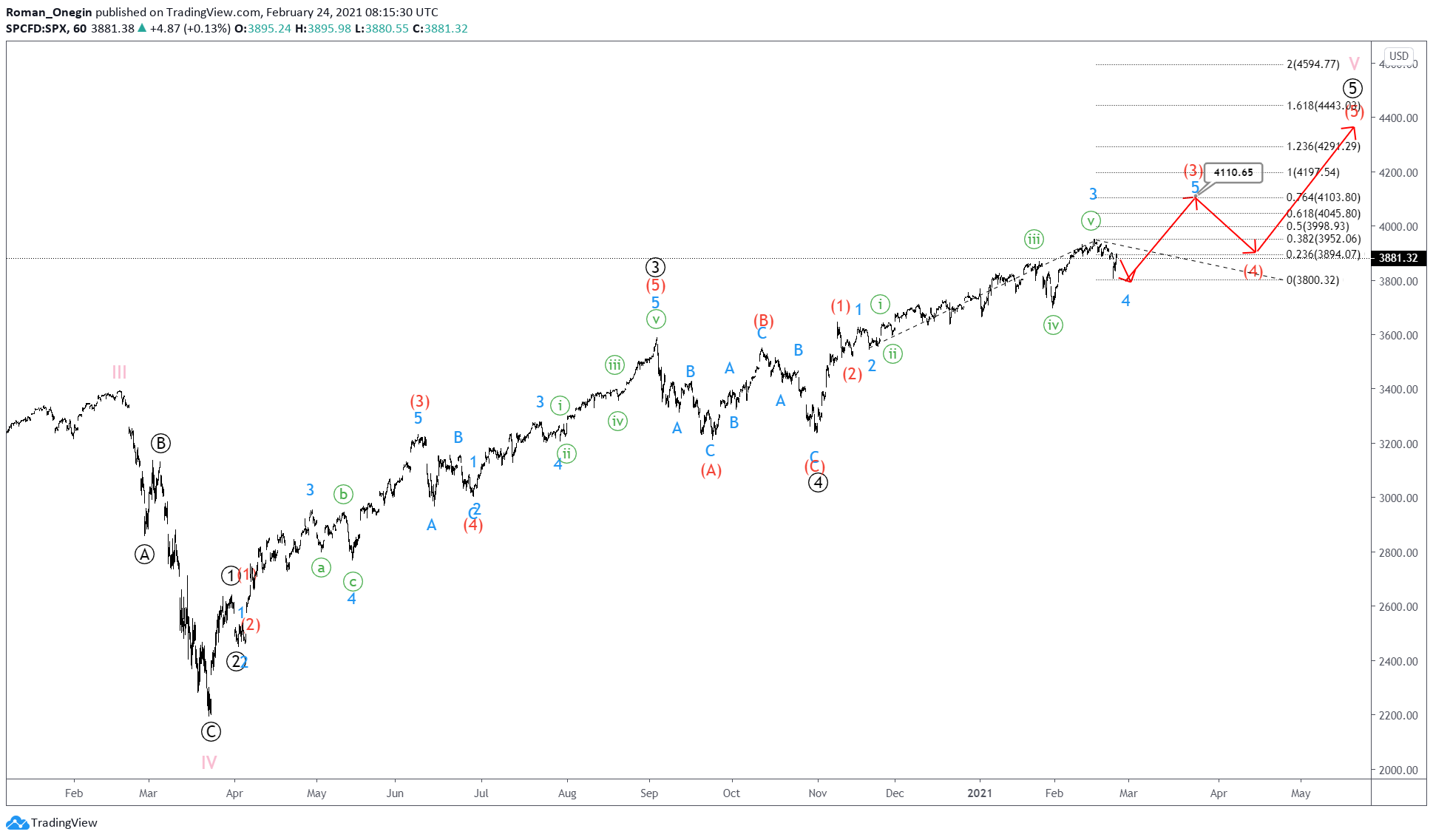 An alternative scenario shows the development of the bullish intermediate impulse (3), which is part of the primary wave ⑤.

With the completion of a minor impulse 3, a slight decline within the minor correction 4 is likely.

After reaching this level, we can expect the development of intermediate wave (4).