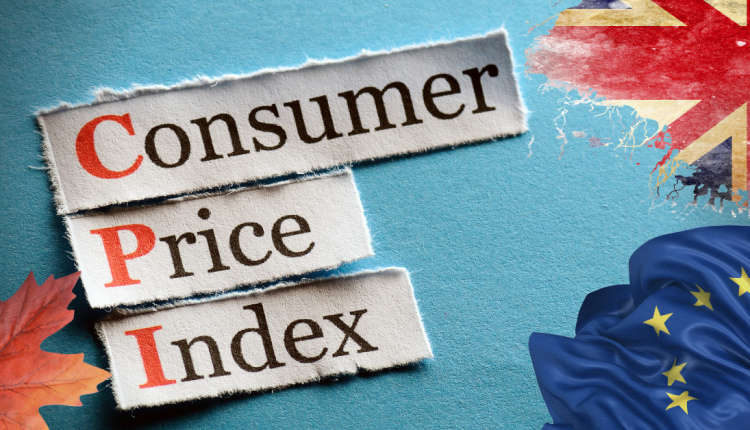 Inflation expectations are likely to be one of the main forex drivers over the next couple of months.

As the economies reopen, we want to pay close attention to whether prices start to rise, and how fast. This will have an influence on the real interest rates and capital flows as market makers shift funds in a low-interest environment trying to find yield.

Tomorrow we get what could be the baseline for three key economies.

First to report tomorrow is the UK. And, as usual, it will provide a mass of data just before the market opens.

Tomorrow’s data is the first inflation reading post-Brexit. And we are expecting some distortion due to the “teething” problems that keep popping up.

The increased paperwork at the border has made getting goods across the Channel more difficult,. In fact, any companies have started raising prices. Not all of that will be immediately noticeable in the first row of data, but it might be an explanation if inflation comes in above estimates.

Is Canada About to Take Off?

Canada has been relatively slower in their vaccine rollout compared to their southern neighbor.

On the other hand, the spread of covid has been less. And Canada doesn’t have as much reliance on the service sector as the US does.

Both countries saw their covid cases peak on Jan 3. Economic activity is usually at a minimum in January. This means that, relatively speaking, Canada might have had less of an impact from covid than other major countries.

Headline January CPI for Canada is projected at 0.2% monthly compared to -0.2% in December, and a return to the pre-lockdown rate.

Core CPI (excluding food and energy) is expected to come in flat monthly, compared to -0.4% prior. We should remember that January saw crude prices returning to their pre-pandemic prices.

First CPI Signals Out of the Euro Area

The euro area already reported a preliminary CPI estimate for January, rocketing up 0.9% compared to forecasts of 0.5%.

Next week we get the final adjustment. But, on Friday we get the release of the second and third-largest economies in the Area. This might give us some insight into how well the flash number will match the real result.

French Harmonized CPI (HCPI) is projected to come in at 0.3%, which is bang in line with the prelim figure. We might see some euro fluctuations if inflation shows an unexpected increase, as the market is generally pricing in low inflation expectations for the coming months.

The data is also expected to show one of the challenges that the new Italian PM Draghi will have to face.

Italian HCPI is projected to come in at -1.1%, harkening back to the start of the latest round of lockdowns.