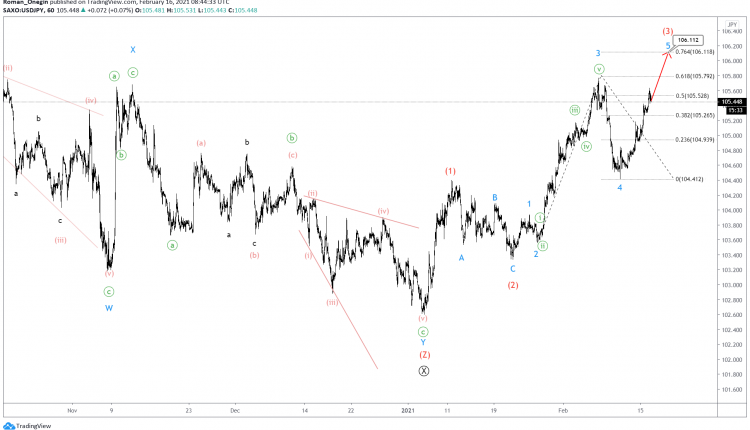 USDJPY shows a large intervening wave Ⓧ of the primary degree, which took the form of a bearish triple zigzag.

The final part of the intermediate impulse (3) is currently under development. Its last fifth wave of the minor degree may end near 106.11. 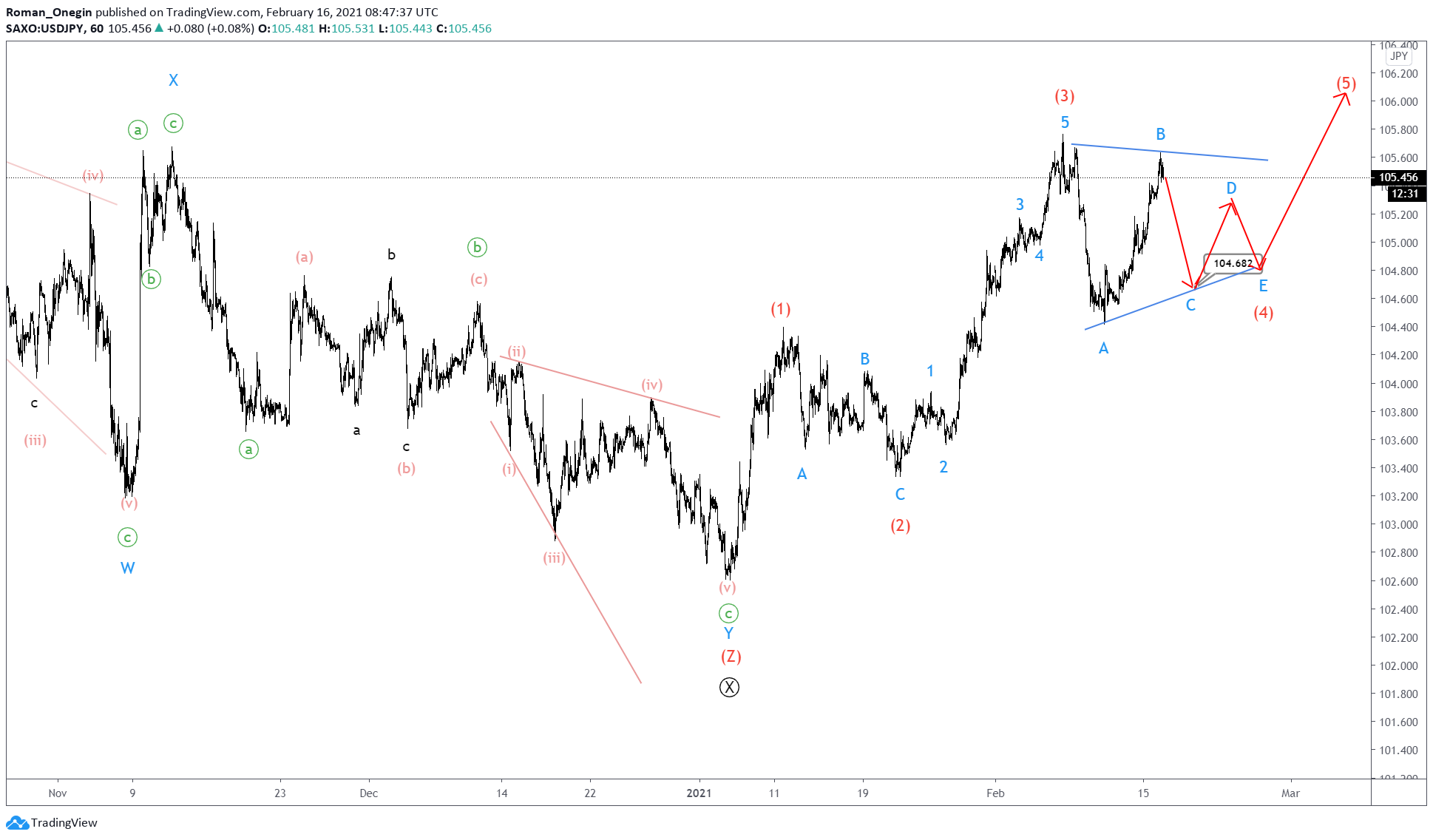 An alternative scenario shows the intermediate impulse wave (3) has ended, and the horizontal corrective wave (4) has begun.

The correction (4) could take the form of a contracting triangle. Currently, minor waves A and B are under construction.