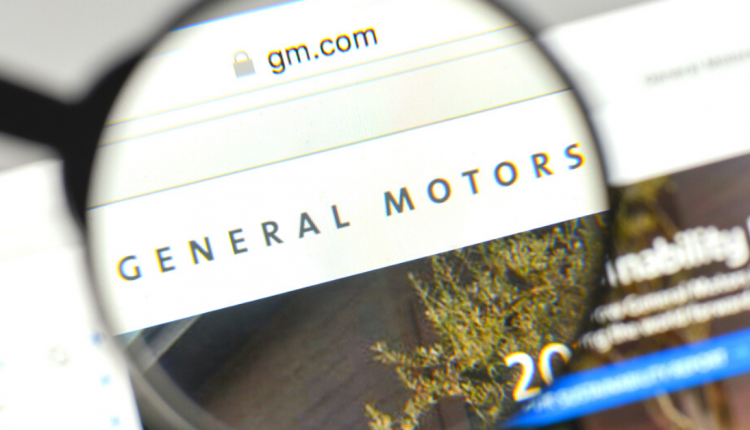 Shares in General Motors have been trading lower over recent days with price reversing from the second test of the 56.98 highs. GM shares had enjoyed a firm rally over 2021 initially with price rising over 42% from the lows around the 40 mark.

Despite the current correction, GM shares are still up almost 300% from the lows printed during the height of the pandemic.

The current correction comes despite a better than expected set of Q4 earnings. GM this week reported fourth-quarter earnings per share of $1.93, well above the $1.64 Wall Street was looking for. Revenues were also above estimates at $37.5 billion versus $36.12 expected.

Despite the better than expected results, the company’s performance was overshadowed by GM’s warning that a global shortage of semi-conductor chips is likely to cut around $2 billion in earnings over 2021. The warning follows similar guidance offered by other vehicle makers, with Ford Motor having also warned of an impact from the shortage.

Looking ahead this year, GM has offered earning guidance in the region of $10 billion to $11billion, roughly $4.50 – $5.25 per share, in pre-tax profits. In terms of adjusted free cash flow, GM is looking at $1 billion to $2 billion for its automotive section. This takes into account the expected $1.5 billion – $2.5 billion hit to free cash flow.

In terms of expenditure over the year, GM is looking at $9 billion to $10 billion in charges for 2021. The company outlined plans to accelerate the development of its all-electric and autonomous vehicles. The company also expects to incur charges related to the rollout of new vehicles delayed over the course of last year as a result of the pandemic.

“We are investing in the business. We see tremendous growth opportunities and we’re also accelerating EVs; $7 billion alone of the $9-$10 billion is focused on EV/AV. So, we see a tremendous opportunity there.” 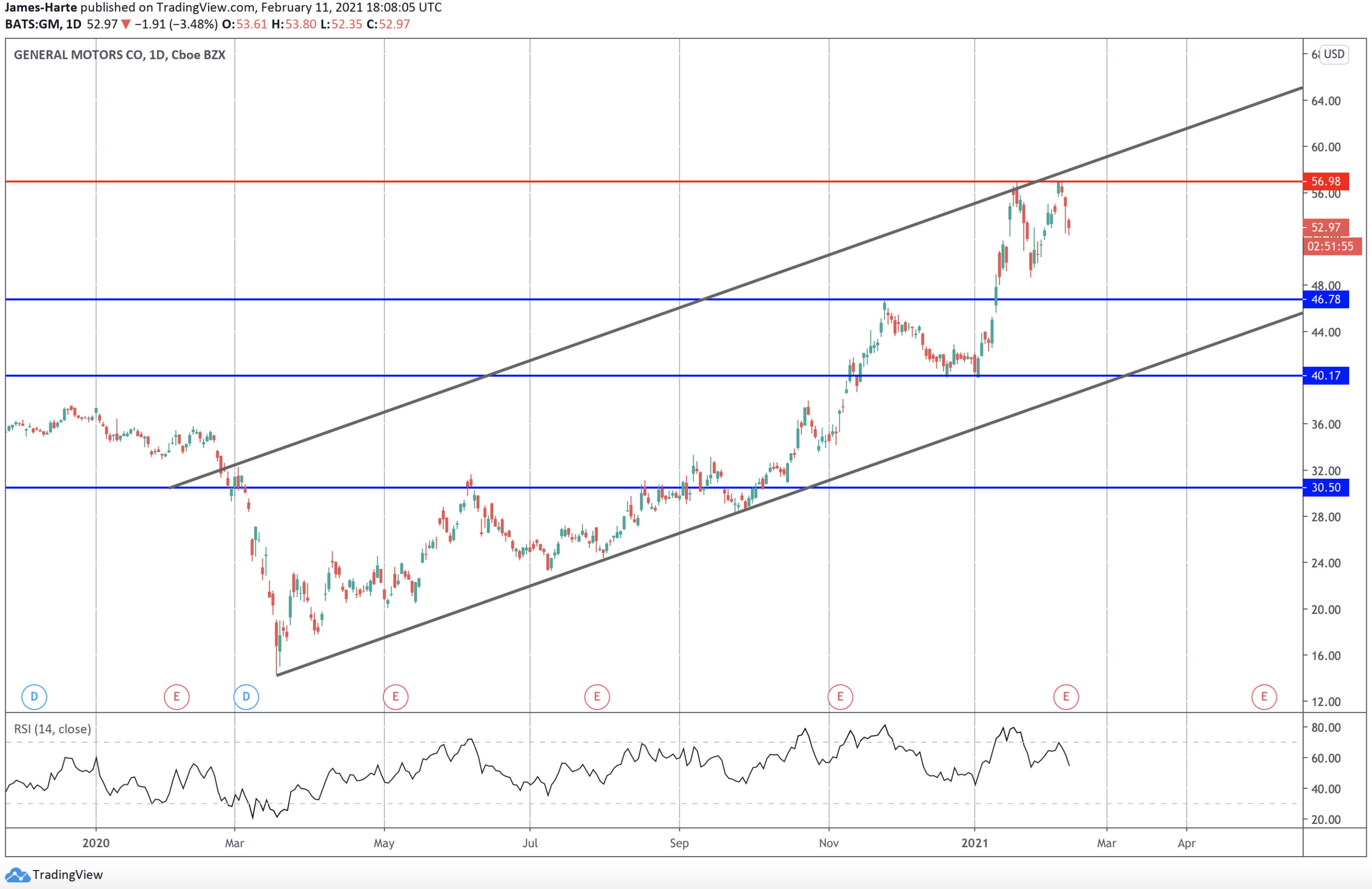 GM shares continue to trade higher within the bullish channel which has framed the rally off 2020 lows.

However, price has recently come up against firm selling interest at the 56.98 level which is stalling the rally for now.

In the near term, there is room for some correction lower. However, while price holds above the 46.78 level, the focus remains on further upside.

To the downside, should price break below there, the 40,17 level is the next big support area to watch. The rising channel low comes in at that level also.

What Does the Return of Mario Draghi Mean For the Markets?

Von der Leyen: EU is Catching Up with the UK