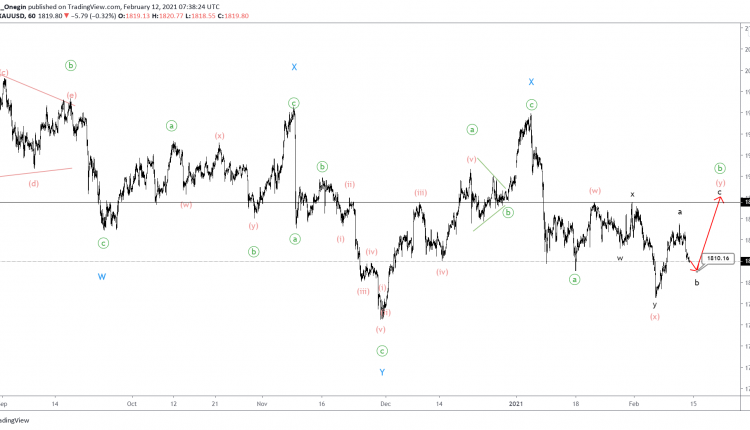 Actionary wave Z is forming a minute ⓐ-ⓑ-ⓒ zigzag. Wave ⓐ is an impulse and wave ⓑ is an incomplete correction in the form of a double three (w)-(x)-(y).

To complete the specified three, the minuet wave (y) must be completed. We could soon see the end of the subminuette correction b near 1810.16. At that level, wave b will be at 61.8% of wave a.

The price is likely to increase in impulse c above the high of 1875.66. 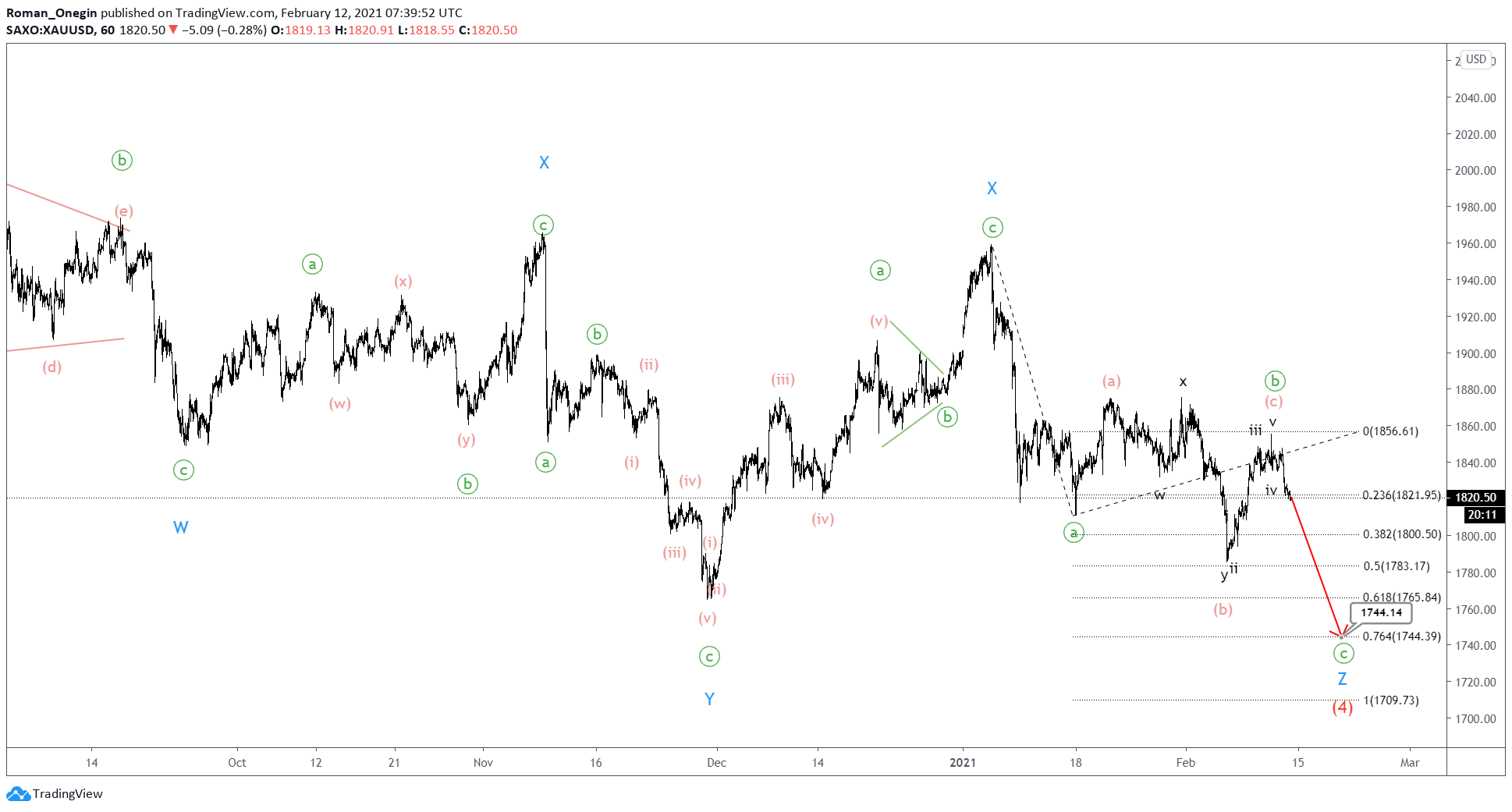 The alternative assumes that the sub-waves ⓐ and ⓑ of the minor wave Z have ended. In this scenario, the correction ⓑ is flat.

At the moment, we see the formation of the initial part of the bearish impulse wave ⓒ.