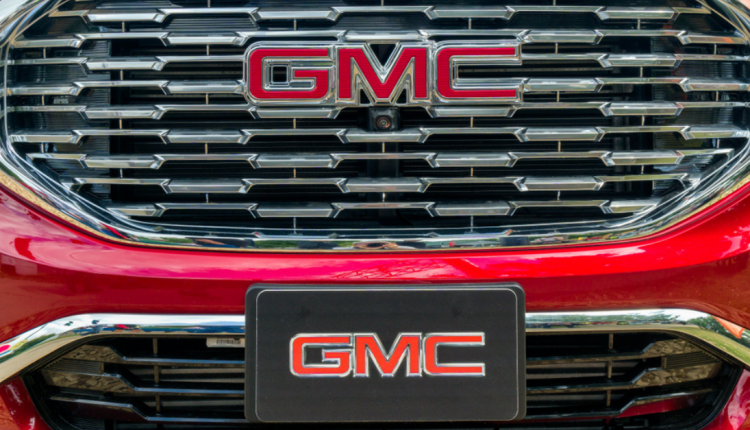 Shares in General motors are trading a little higher pre-market on Friday. The company’s stock prices have seen a firm rally off the September lows, trading up from around the 28 level to highs of above 46.

While shares have recently corrected a little lower, at 42.88 (pre-market) prices are still well up on the year following the recovery off the lows posted over Q1 during the height of the pandemic.

This week, the company announced that it has begun testing its driverless cars in San Francisco. It’s occurring via its majority-owned subsidiary “Cruise”.

The announcement, which came midweek, highlighted the company’s plans to start testing a small batch of vehicles, to begin with. This will be followed by a “very methodical and responsible” scaling up of operations.

“What this represents for Cruise and, I think, the self-driving industry more generally is you’re seeing fully driverless technology out of the R&D phase and into the beginning of the journey to being a real commercial product. I think that’s incredibly exciting and a significant milestone on the overall journey.”

In terms of the practicalities of the operation, the GM-owned subsidiary noted that while the cars will not have drivers, over the duration of the meeting the cars will have safety operators in the passenger seats of the vehicles to monitor the performance of the journeys.

Cruise spokesman Ray Wert said in an email to CNBC:

“The safety operator has the ability to bring the vehicle to a stop in the event of an emergency but does not have access to standard driver controls. Eventually, this safety operator will be fully removed.”

GM shares were boosted recently in the wake of a solid Q3 earnings report. The company posted revenues of $35.5 billion with earnings per share improving to $2.80 from the prior year’s $1.62.

Furthermore, the company announced this week that it has now repaid half of the $16 billion it accrued in debt during the COVID crisis. This continues to reflect its cash flow strength. 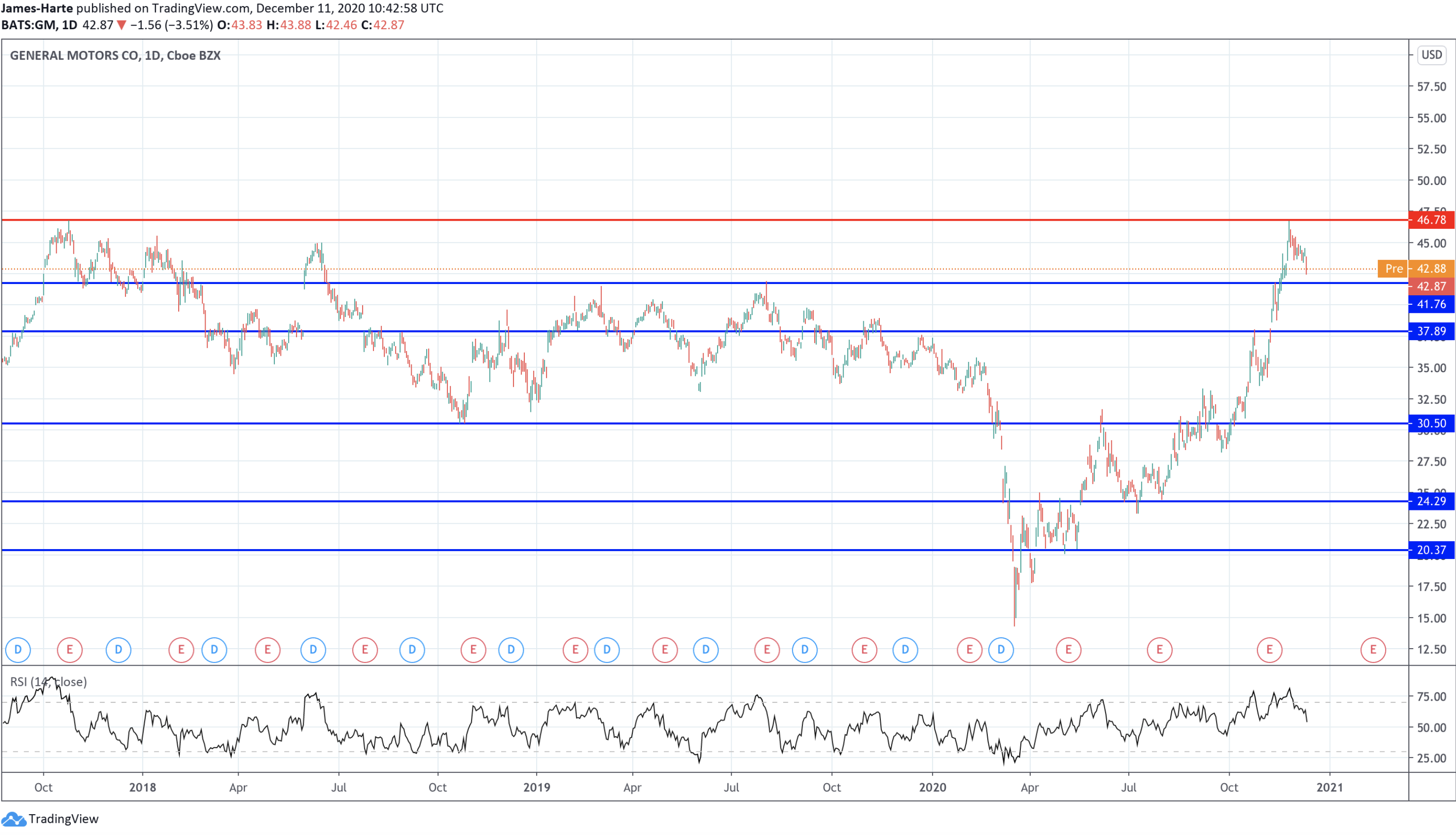 The rally in GM’s shares was recently capped at the 46.78 level which is a long term resistance marker. Despite the subsequent correction, shares remain above the 42.87 level for now. While above here, the near term outlook remains bullish.

To the downside, should prices slip back below that level, the next support zone to watch is at the 37.89 level where shares gapped in response to strong Q3 earnings.