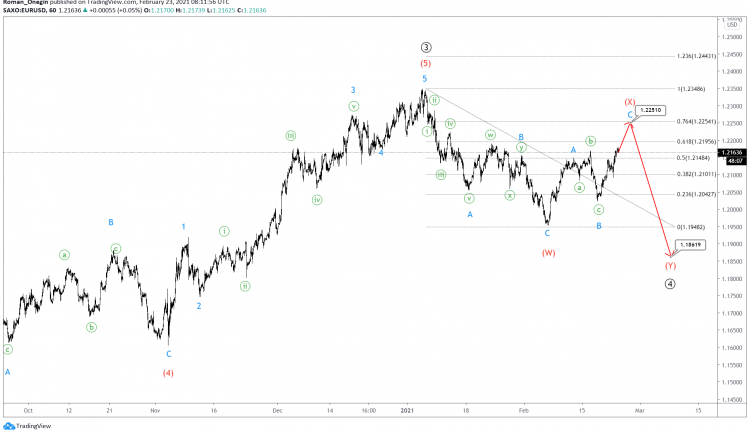 EURUSD is forming a global bullish impulse that consists of primary sub-waves ①-②-③-④-⑤.

Since the beginning of 2021, the market has started to move lower in the corrective wave ④. According to its internal structure, it takes the form of a bearish double (W)-(X)-(Y) zigzag.

The first intermediate wave (W) is fully complete, whereas the intervening wave (X) is still under construction. The final impulse wave C of a minor degree could end near 1.225. At that level, intermediate wave (X) will be at 76.4% of zigzag wave (W).

The market could then decline to the level of 1.186, where the intermediate actionary waves (W) and (Y) will be equal. 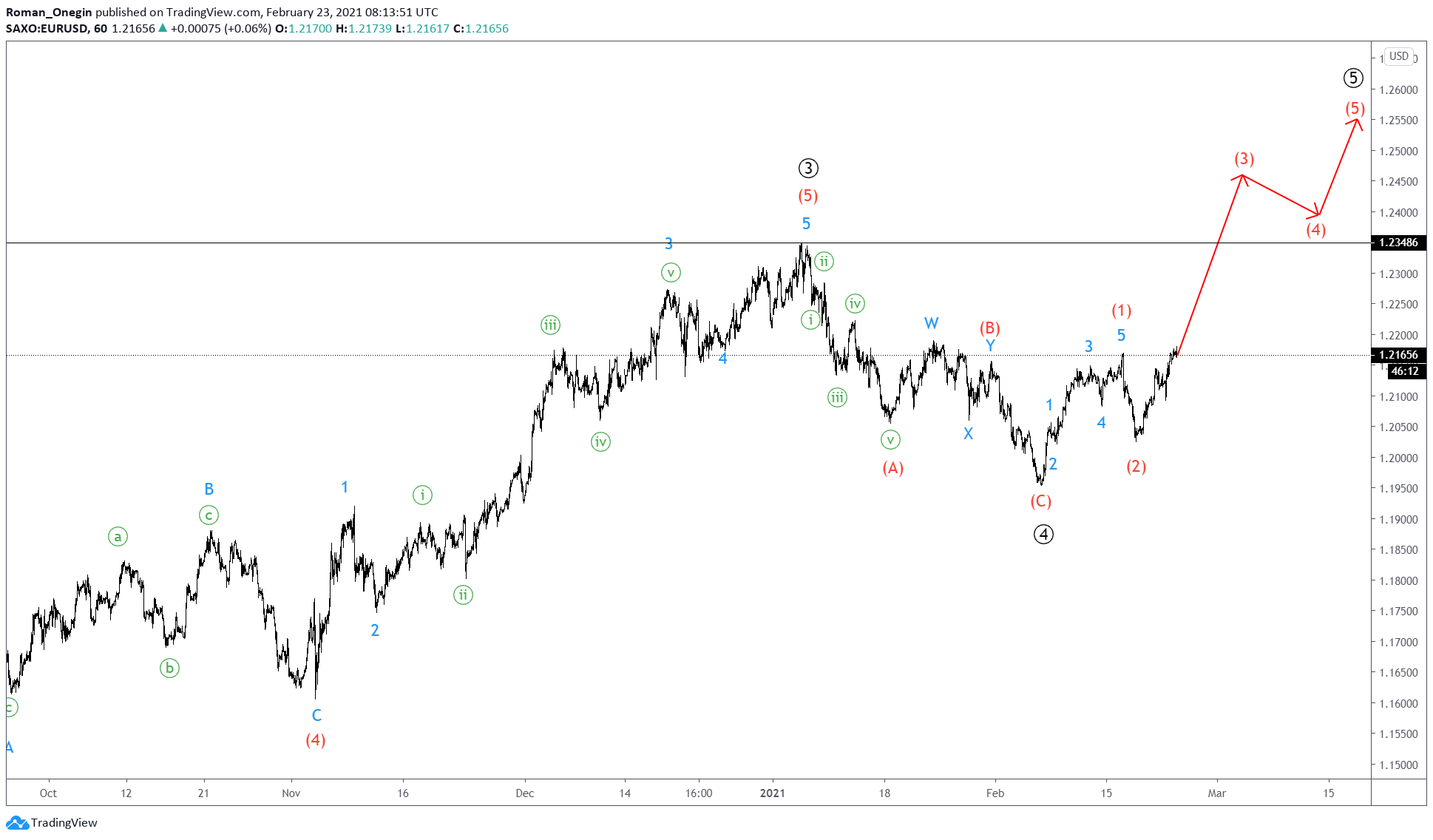 This is a standard intermediate zigzag, with a correction (B) in the form of a double three.

The market is forming the initial part of the bullish wave ⑤. Currently, intermediate sub-waves (1) and (2) have ended and the development of sub-waves (3)-(4)-(5) is likely soon.

Finally, the upcoming growth in the wave ⑤ is likely to be significantly higher than the maximum of 1.234.

USDMXN Moves Away from False Breaks