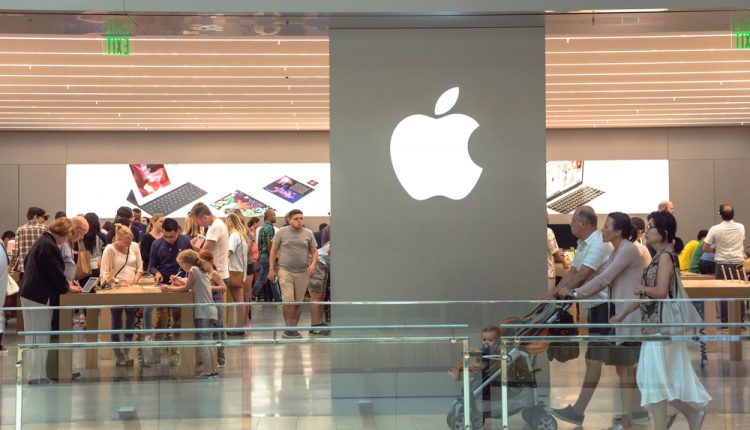 Shares in US tech giant Apple are trading a little lower pre-market on Tuesday ahead of an announcement by the company due later today.

In terms of gauging where the gaps in Apple’s product range are, Apple watchers suggest that new air pods or a new studio iMac would be the most likely candidate, especially given the proximity to Christmas.

Apple has been in the news for other reasons recently. Bloomberg recently reported that the company is due to announce a new series of microchips as early as spring of next year. This would mean its computers become considerably faster.

The report also suggests that Apple is working on developing a new mini-MacBook with 32 high-performance cores which could be due to launch later in 2021.

Solid Earnings Over The Year

Apple shares have enjoyed a strong rally off the lows posted in Q1 during the height of the pandemic. Apple shares rallied around 160% off the lows. While there has been some correction from the all-time highs posted in the summer, Apple’s share price is still trading around 133.79% higher currently.

The company has had a string of solid quarterly earnings this year with topline growth continuing to rise across the year. The rise in the number of businesses relocating and the emergence of a stronger trend of working from home has no doubt helped boost sales. With a steady flow of new product releases over the year, the company has enjoyed steadily rising sales volumes.

Looking ahead, with today’s announcement and the prospect of further product launches before year-end, Apple looks set to end the year on a high. Throughout the festive shopping period, sales should continue to rise. 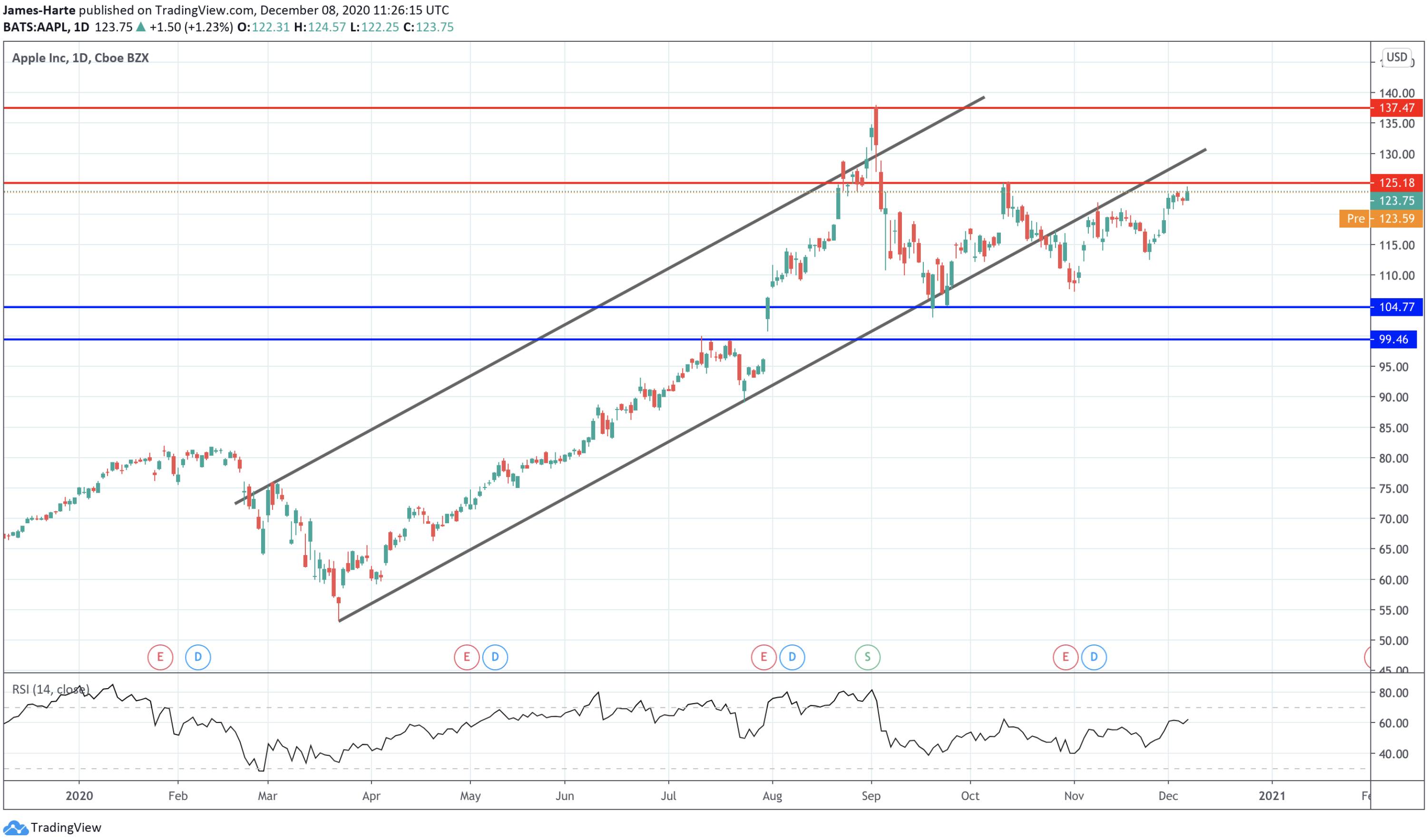 Shares in Apple have been grinding higher again over recent months following the return of support into the 104.77 level. For now, shares remain range-bound between that level and the 125.18 resistance.

The near-term outlook continues to look bullish here though shares will need to clear the 125.18 level to encourage fresh buying momentum. The retest of the broken bullish channel will also be a key technical factor to monitor.

Another Hold from the Bank of Canada?