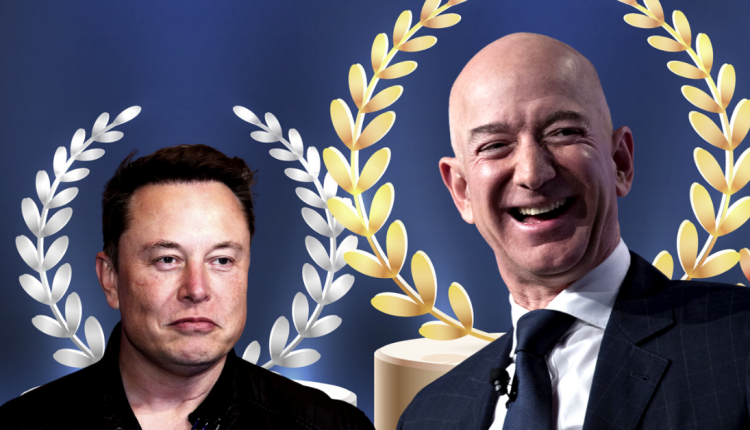 Elon Musk was effectively ejected from the throne of the world’s richest person. This comes after Tesla’s recent slide in the electric carmaker’s shares.

The company has suffered steep falls this week, tied to the firm’s recent $1.5bn investment in Bitcoin. It seems the risk of the notoriously volatile crypto association, which has fallen sharply in recent days, could have weighed in on investor sentiment as many sold off their shares.

The other note of caution is that the founder of Tesla is now closely associated with the Bitcoin cryptocurrency. Thus, investors are starting to tie Tesla and Bitcoin at the hip.

The dramatic plunge has returned Amazon boss Jeff Bezos to the top spot on the rich list.

How Much Has Been Lost?

This dive in the market price has seen more than $110 billion wiped off the electric carmaker’s value and some $20bn from the CEO’s net worth.

With a drop to $693 in yesterday’s trading, Tesla shares have now fallen below the $695 price level the company entered the S&P500 with back in December.

Is Anything Else Affecting Tesla?

Rival carmakers that are looking to enter the electric vehicle market have stepped up their game in recent months. General Motors, Ford, and BMW are already advertising their support for a greener future, as competition becomes fierce.

The firm recently postponed the manufacturing and sales of its Model Y SUV, with Musk citing a desire to improve the car’s range.

In addition, earlier this month, Chinese regulators summoned the company over safety and quality issues to their cars, after reports of defects.

Will This Have a Serious Impact in the Long-term?

If we look at the history of Tesla, it has not been without negative headlines before. As last year the company lost $14bn in market value after Musk tweeted that its share price was too high.

As we have seen since then, Tesla’s share price has increased by leaps and bounds, with a five-for-one stock split occurring last August. This led to the company being more affordable for everyday traders to invest in the company.

So, analysts are already expecting a bounce-back in the share price, it’s just a matter of when.

Euro Trades Subdued but Supported by the Trend-Line