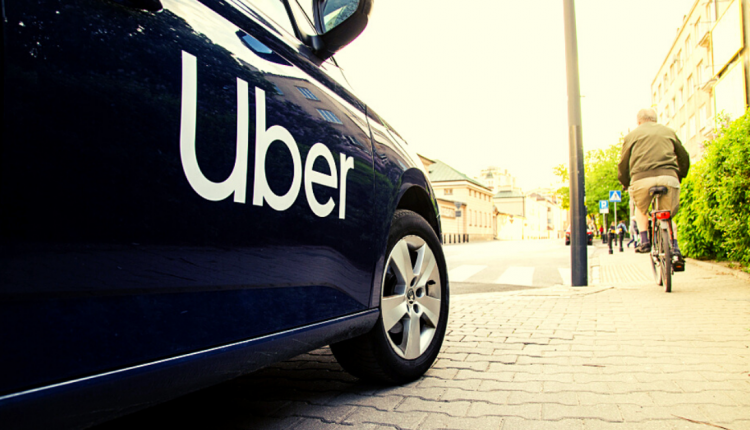 Shares in Uber have corrected lower from recent all-time highs. The company’s stock price has seen an impressive rally off the November 2020 lows. Price soared by over 93% off the 33 lows to highs of around 64 last week, recovering from a mid-rally correction over January.

Last week, Uber reported fourth-quarter earnings per share of -$0.54. This is in line with expectations, marking a full year of losses as a result of the COVID pandemic. Revenues were lower than expected over the quarter at $3.17 billion, undershooting the $3.58 billion Wall Street was looking for. Uber’s stock price fell more than 3% in response to the release as uber detailed its roughly $1 billion loss.

Across 2020 as a whole, Uber reported losses of $6.77 billion, a slight improvement on the $8.51 billion lost over 2019. In terms of the breakdown of the company’s performance over 2020, its mobility business (all ride-hailing services) was down $6.79 billion, marking a 59% decline year on year.

The company’s delivery business (UberEats) was up $10.05 billion, a 130% rise on the prior year. Uber reported that it had increased the number of restaurants on its delivery app to over 600,000 globally and has continued to increase its non-food deliveries (such as groceries and post).

“Many Many Opportunities” Ahead

While the company’s mobility business has been recovering as of late, the continued lockdowns across the UK and much of Europe remain a drag on demand.

However, Uber CEO Dara Khosrowshahi forecasts “many, many opportunities” for Uber’s mobility business as its key markets continue to recover from the pandemic. Over the summer of 2020, Uber expanded its portfolio by acquiring Autocab. Autocab is a tech company that connects local cab drivers with those seeking transport.

Looking ahead, Khosrowshahi forecasts opportunities for greater collaboration between taxi drivers and Uber, especially once economies begin to recover in full on the back of the vaccine. Indeed, the uber head even expressed concern over whether the company has enough drivers to keep up with the rise in demand it is projecting. 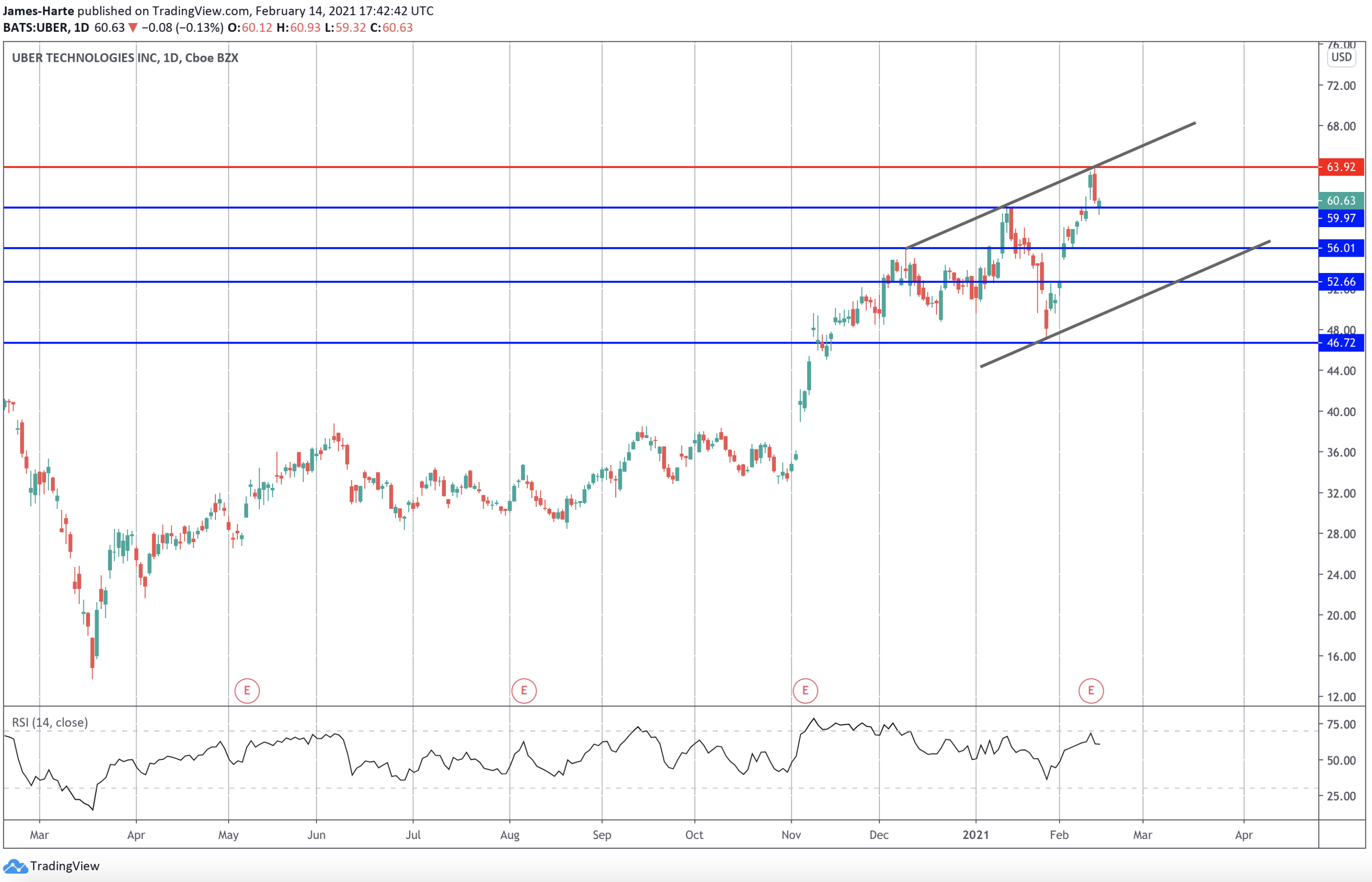 Uber’s stock price is currently correcting lower following the test of the 63.92 level highs, the bull channel top. Price is now resting support at the 59.97 level, the prior 2021 highs. While above here, the near-term bias remains bullish.

Below here, however, the next support to watch is down at the 56.01 level. The rising channel low comes in just below.

Von der Leyen: EU is Catching Up with the UK