EURNZD Looks to Pull Away from Q4 Woes 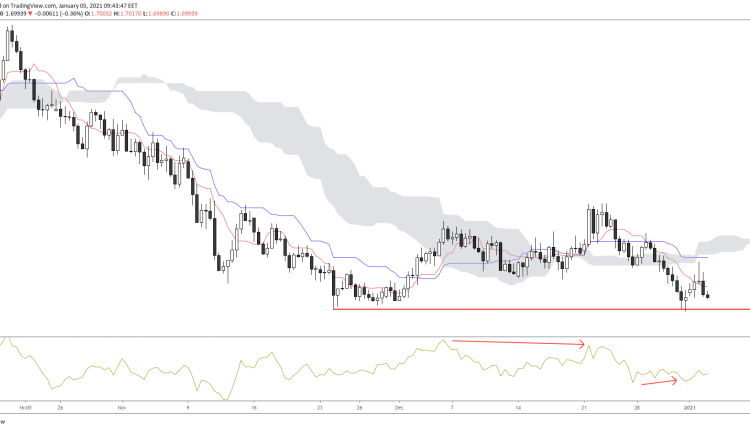 EURNZD had a negative end to 2020 as the majority of Q4 saw a price decreases of over €10.

The currency pair did see a slight reprieve as it found support towards the 1.70 handle.

A slight bounce at the said level now sees a modest improvement from the strong bearish divergence that weighed in on the pair. However, the recent bullish divergence could bring better fortunes, as prices look more support.

Should a break at the specified level commence, then prices could see monthly lows.

However, another move into the convergence and baselines on the Ichimoku indicator could then lead to a move back up to 1.71, which will be a confluence of the lower border of the cloud. 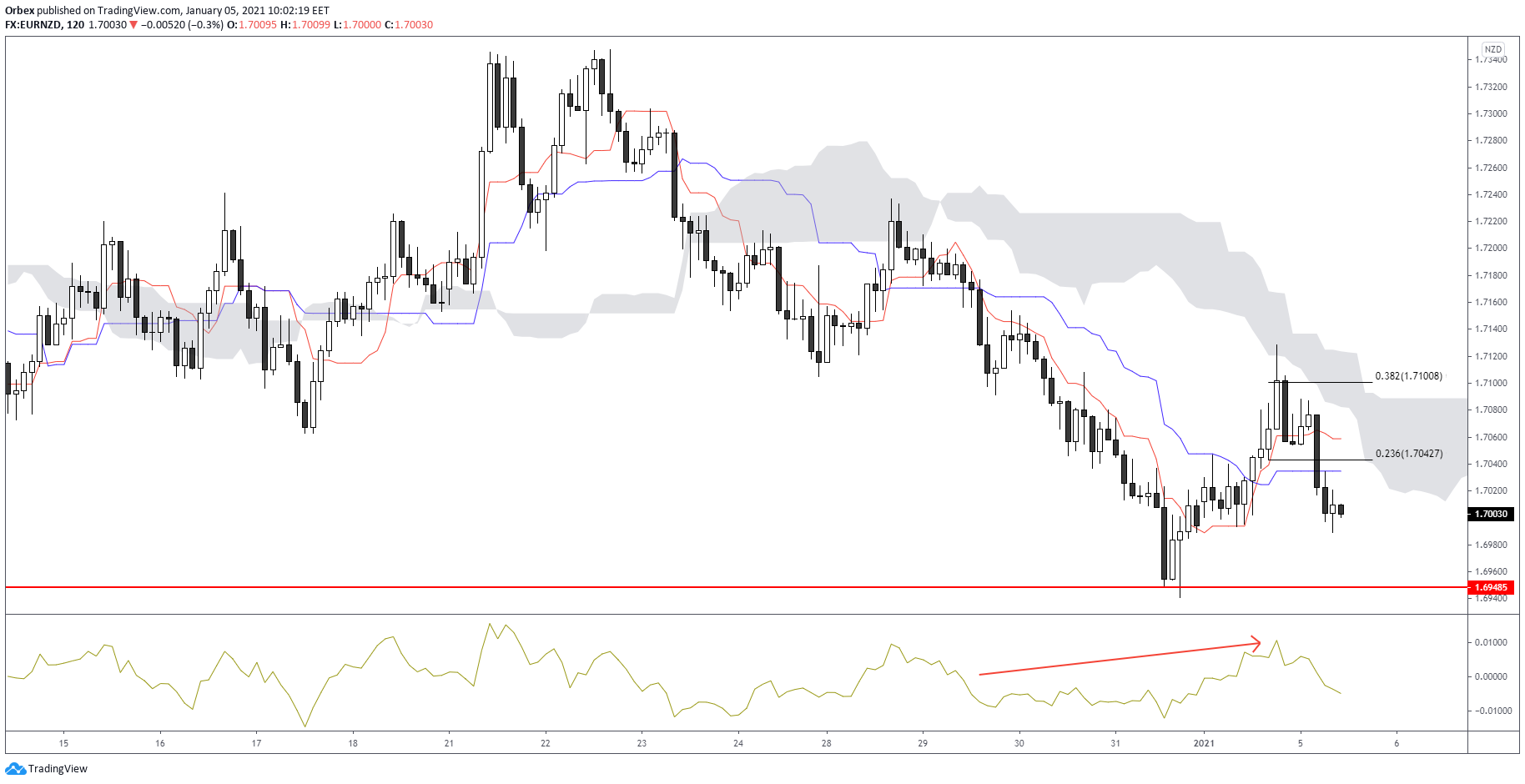 An intraday outlook shows a short resurgence in prices was hit with resistance towards the 1.71 handle. The bias remains on the downside as bears hunt for the long-term support level once again.

The recent hidden bearish divergence noted on the momentum indicator looks to bring prices lower, as Q4 lows look to move into Q1.

Should there be a pullback from the short-term negativity, then prices will first need to break the 23.6% of the 1.7345/1.6948 downside Fibonacci leg first.

This would then bring into play the 38.2%, which would mean a submergence of prices in the cloud.

Gold Rises to an Eight-Week High