USDCNH 6.62 To Complete Intermediate Correction (B) 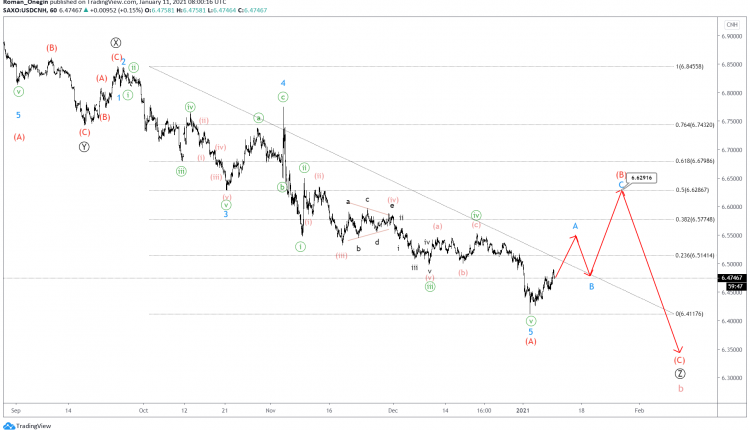 The USDCNH currency pair continues to form a bearish cycle correction b. It takes the form of a triple zigzag consisting of primary sub-waves Ⓦ-Ⓧ-Ⓨ-Ⓧ-Ⓩ.

At the time of writing, the final sub-wave is creating an intermediate (A)-(B)-(C) zigzag.

Intermediate impulse wave (A) has recently completed. The bullish correction wave (B) is likely to end near 6.62, taking the form of a small A-B-C zigzag.

At that level, wave (B) will be at 50% of impulse (A). After the full completion of wave (B), bears will lead the market in a downward direction in the final wave (C). 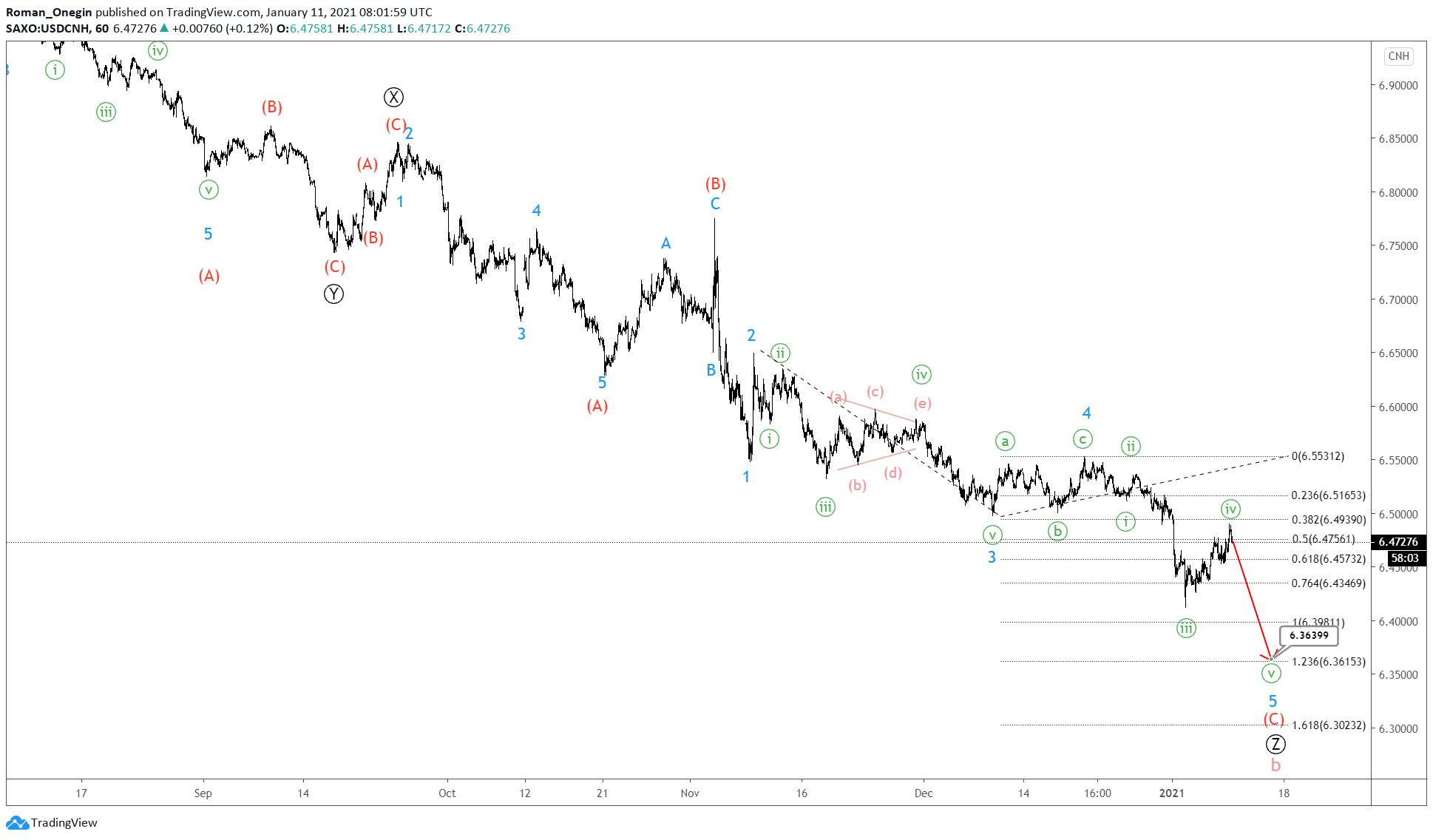 An alternative scenario shows that the intermediate correction (B) of the primary wave Ⓩ has already completed.

The final wave 5 is a 5-wave impulse, in which the fourth corrective wave of the minute degree has come to an end.

The Week Ahead: Any Color But Green

What’s in Store for the US Jobs Market?