What’s in Store for the US Jobs Market? 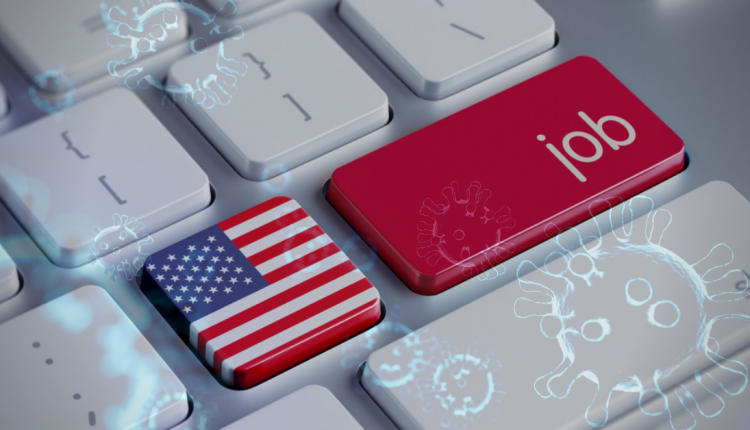 Friday’s Non-Farm Payroll report showed the first monthly net loss in jobs in the US since the start of the recovery.

It wasn’t all bad news; November payrolls were adjusted higher. But the markets hadn’t really consolidated around a negative jobs number, so risk sentiment was affected.

Add on top of that the political debacle going on in Washington, the dollar has been getting stronger over uncertainty worries.

The NFP results were in line with what we saw at the beginning of the pandemic. This was a loss of jobs in the lower-pay sectors leading to a higher than expected increase in average pay.

The labor participation rate remained the same. People were laid off due to lockdowns, and there wasn’t an expectation of being able to find work again.

How is covid progressing on the ground?

The figure has gone down since then, as usual over the weekend.

Globally, the pandemic is far from over. The US also recorded a record number of new cases on Friday. 49 states reported increasing weekly case averages (Montana was the only exception). 37 of them are planning to increase measures to combat the virus or pause their reopening process.

Mobility trackers show that people in 45 states are traveling less than they did the week prior.

That said, the week prior had the aftermath of New Year’s. Presumably, people were returning from where they went during the holidays.

And what are we doing about it?

As we move into the depths of winter, the expectation for being able to lift restrictions in the near future is dependent on vaccine uptake.

Across the US, the Federal government has made over 22M doses available. However, less than 6.7M have actually been administered. There are increasing reports of a wide range of administrative and political difficulties in getting vaccines to the population.

On the one hand, the Federal government is providing the vaccines for free. Meanwhile, states and local health departments complain they aren’t getting additional funding for the vaccines.

Rules about who should get the vaccine have led the vaccines to not be administered much at all. This is despite there being many eager participants who don’t meet the criteria.

There are even reports that vaccines are being thrown out because they spoil before patients can be found.

Furthermore, Bloomberg reports that up to 30% of frontline health care workers – those currently in line to get the Pfizer and Moderna mRNA vaccines, are unwilling to get the jab and unwilling to administer it over safety concerns.

And the stimulus bill?

However, it wasn’t approved until late in the month. And the checks didn’t start arriving until the last days of December, with most coming in early January.

It is unlikely to have had an effect on spending and hiring. With the prospect of an additional $1,400 gaining approval sometime later in January or early February, it might help retail sales.

Increased money in the hands of consumers won’t help businesses that are closed. The most recent survey by Opportunity Insights shows an average of 24% of businesses across America are closed.

This is at a similar level to June of this year. That number is much higher in major metropolitan areas (Baltimore, 37%, New Orleans 45%, and San Francisco 49%).

USDCNH 6.62 To Complete Intermediate Correction (B)