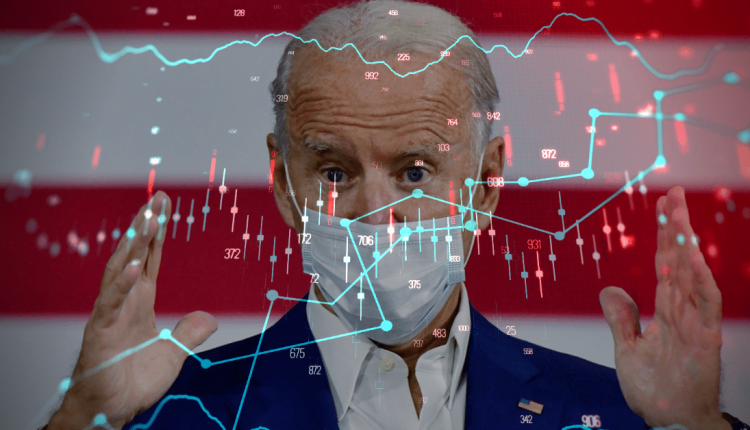 For a while now, there has been substantial expectation about what US president-elect Biden’s proposal will be on the stimulus front.

Many analysts have attributed the recent run-up in stocks as an anticipation of more fiscal spending. And, generally, we tend to assume that would help the economy.

So, why did futures turn around after Biden announced a $1.9T spending program?

After all, the market has been expecting something in the order of $1.0T in spending. Even though the Biden campaign had been championing $2.0T since last October.

There are two issues that might have made the market apprehensive.

First is the $350B in aid to states and local governments. This had been a major sticking point in prior covid legislation.

However, the markets lagely expected that any Democrat-sponsored plan would include that. So they couldn’t have been caught off guard.

What is somewhat surprising is the inclusion of raising the federal minimum wage to $15/hr.

Many analysts believe there is no intention for this to pass. They believe this will just be a bargaining chip in exchange for Republican approval of other elements of the bill.

The fact that it’s a possibility can be enough to make investors nervous, though. This is because a higher minimum wage would increase the financial burden on SMEs in the middle of the pandemic.

Initially, the belief was that Biden would try to get his stimulus plan through with budget reconciliation. This would have required only a majority in the House and the Senate, and no Republican votes.

However, it appears that the plan seeks to at least initially try to get bipartisan support. And this could delay the approval of the relief package as the parties negotiate in the middle of a post-Trump presidency impeachment.

Bond yields have been rising since the Democrat sweep announced on Jan 6, over expectation of higher debt and inflation.

But why would government spending worry investors more than massive increases in the Fed’s balance sheet?

Normally a liquidity trap is associated with monetary policy, because it’s how increasing the money supply doesn’t have an impact on the economy, as consumers are holding on to cash.

If the government is spending more money, isn’t that the opposite of a liquidity trap?

The thing is that the Fed’s balance sheet expansion relies on increasing the amount of debt in the market. Businesses are encouraged to issue more debt because of low interest rates and then spend.

However, that debt will have to be paid back at some point. So, even though there is an immediate increase in the money supply, there is a corresponding future need to reduce the supply.

The government is presumably eternal. And while theoretically, it should pay back its debt, in practice, it just increases the amount owed.

It’s not liquidity that gets sterilized. Relying more on government spending instead of Fed issuance or debt programs like PPP could lead to more inflation.

Or, at least, that’s what many money managers for major trading houses are saying.