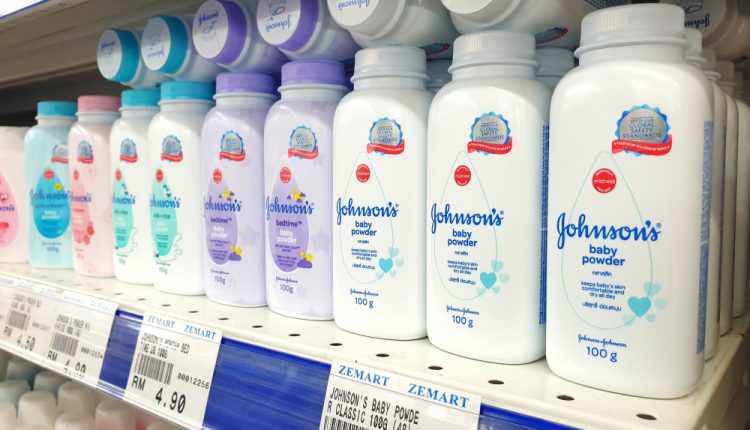 Shares in US pharmaceutical company Johnson & Johnson are trading higher pre-market on Friday. This comes following further positive news on its COVID vaccine this week which saw the company’s shares gap higher on Thursday.

J&J’s shares have been on a firm rally over recent months, trading up off the 134 November lows to the high 160s as of writing. The broad rebound in risk appetite has helped lift sentiment in the company’s stock, reversing the losses seen in response to poor Q3 results.

Further Data To Be Released

This week, J&J’s COVID vaccine was approved following the release of its vaccine trial data which showed promising results. Unlike the other vaccines in the market, J&J’s vaccine is a one-dose treatment that has shown to provide protection across all age groups.

The company is due to release further late-stage trial data this month. They are seeking EU and UK regulatory approval in February. It has the aim of delivering the first doses to those regions by April.

Last year, the company signed a $1 billion deal with the US government to provide 100 million doses of its one-shot vaccine by mid-2021. However, there are concerns that the company will not be able to fulfill this deadline. This is due to their current manufacturing and supply issues.

J&J has warned the government that it has currently fallen behind its production targets and will not catch up until the end of April at the current rate. The drug was initially scheduled to be rolled out in the US in March. However, so far, there has been no sign of this plan being adjusted.

The company received a $360 million investment from the EU to secure the drug. This included a down payment that will need to be further added to by individual governments looking to roll out the vaccine. 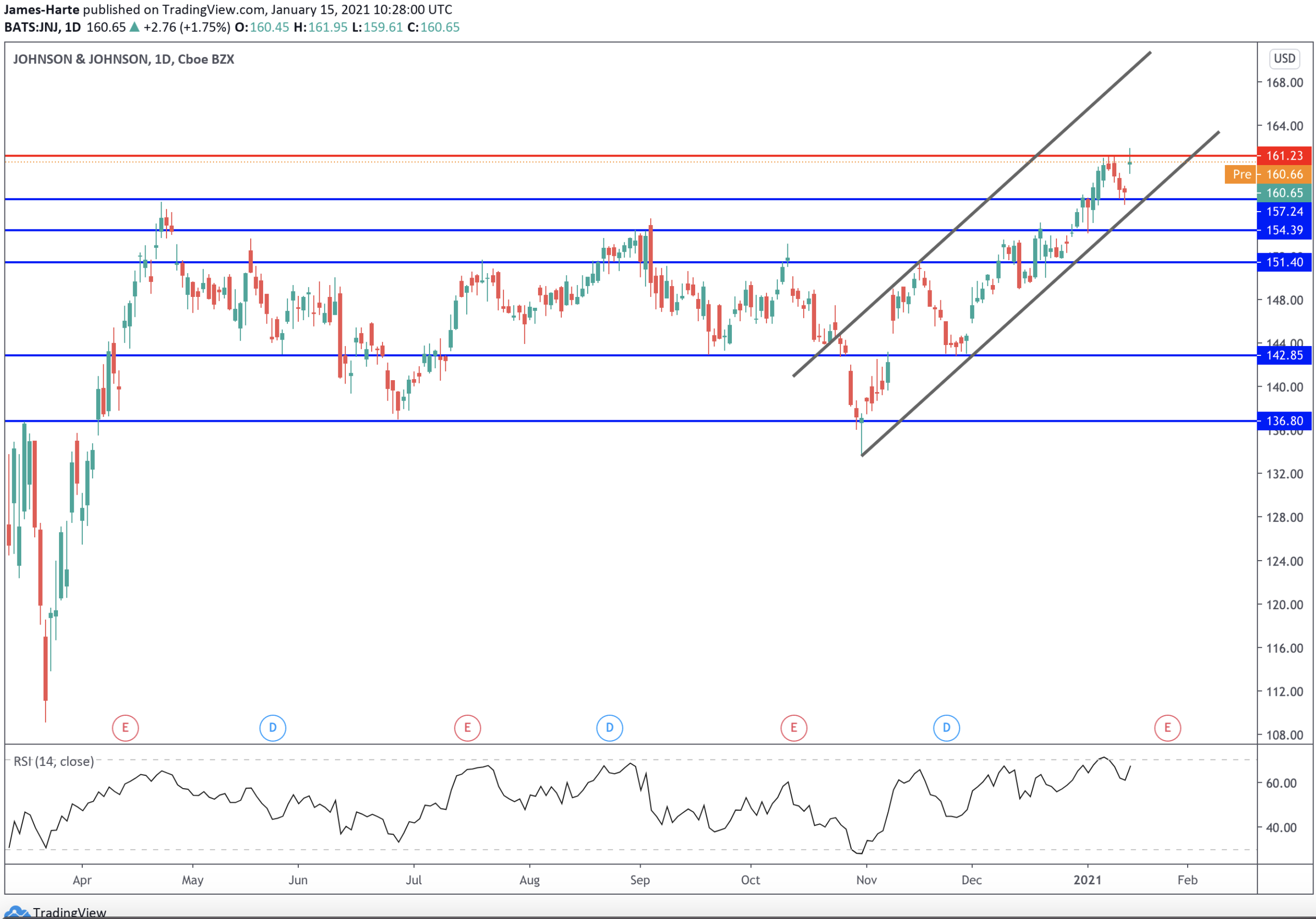 J&J shares continue to trade higher within the bullish channel which has framed the move off the November lows. The recent correction within the channel found support at a test of the 157.24 level, sending price higher again.

Price is now testing the 161.23 resistance level, having pierced the level to trade new, all-time highs. While price holds above the 157.24 level, the near term bias remains in favor of further upside.