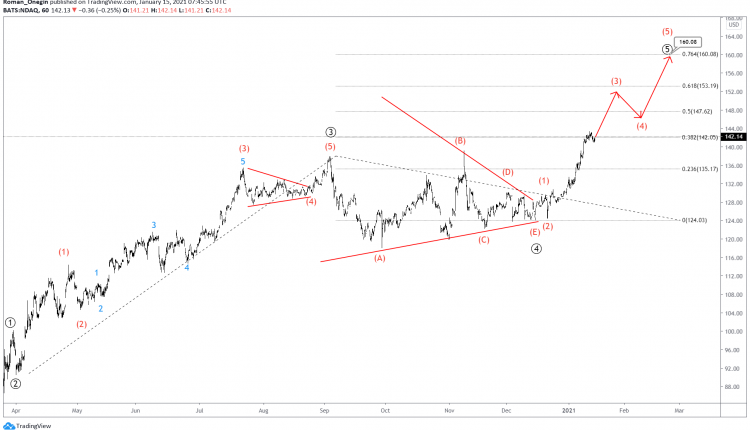 NDAQ seems to be forming a bullish impulse consisting of primary sub-waves ①-②-③-④-⑤.

Wave ⑤ is a potential new bullish impulse, and it has completed intermediate sub-waves (1) and (2). 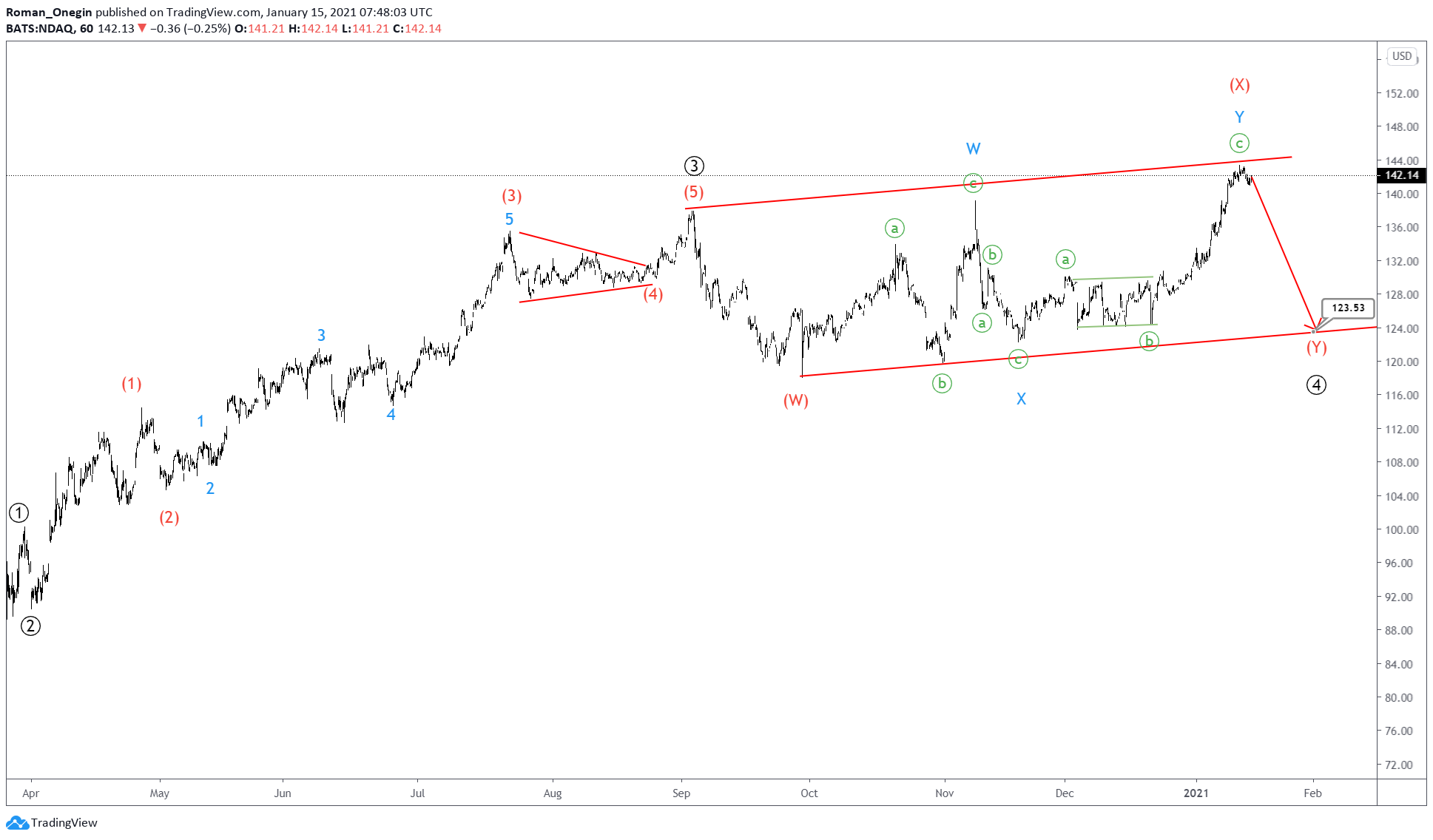 However, the alternative option hints at an incomplete primary correction ④.

Most recently, the bullish intervening wave (X) completed its pattern, which took the form of a minor double zigzag.

Finally, we could see a drop in prices in the final intermediate wave (Y) to 123.53. The target is on the support line, which is drawn through waves W and ⓑ.