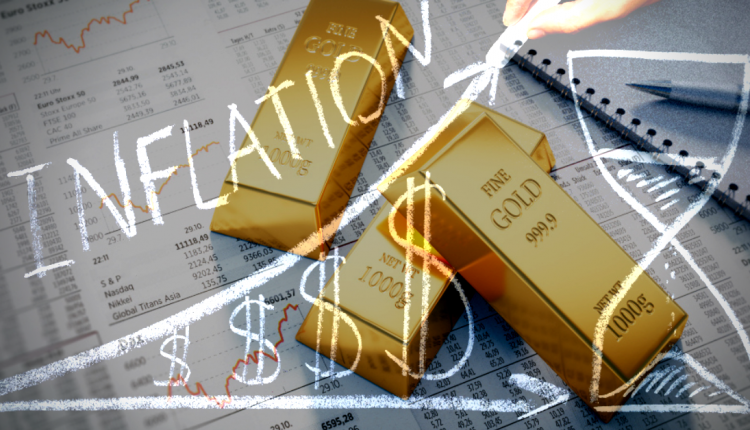 So, the price of gold has been going on a bit of a roller coaster lately. And to make the life of traders a little more interesting, its behavior has been a bit counterintuitive.

One would expect that following a massive, politically charged event that leads to uncertainty like what happened at the US Capitol on Jan 6 would motivate people to buy gold.

Yet the price dropped over a hundred dollars per ounce over the next couple of days.

To get a better handle of what’s going on, we have to look under the hood a bit. Not so much at gold, but at the dollar.

The USD has also been going for a bit of a rollercoaster as well – but somewhat in the opposite direction. Of course, the dollar’s moves have also been a bit counterintuitive, as well.

It’s all about the bonds

The price of gold in the short term is often more influenced by people dealing in ETFs, which now constitute a large portion of the gold market.

People trading ETFs (the CFDs you trade with your forex broker are also ETFs) have different priorities than those who buy physical metal as a store of value.

And gold is, of course, priced in dollars. So, if the dollar gets stronger, the price of gold will go down. And vice versa.

The strength of the dollar is determined primarily by interest rates in the bond market. The availability of money for people to buy gold ETFs is also influenced by bond yields.

If people are looking to cover positions or jump on an investment opportunity, they generally pull their money out of reserves. Gold tends to be one of the most common reserves in people’s portfolios.

So, when there is a shift in the market, gold is likely to take a short-term hit as people seek to capitalize on it.

Why the shift in yields?

There are different investment strategies depending on whether Democrats or Republicans gain control of the government.

On Jan 6, it was resolved that Democrats gained the slimmest of majorities in Congress. So, investors moved money they’d been keeping in reserve to take advantage of the situation.

More importantly, however, is that several Fed speakers came out the next day saying that they saw interest rates going up sooner than previously anticipated.

Combined with the expectation of more government spending that would drive inflation, the dollar got stronger.

If you buy dollar-denominated bonds, you get paid interest. If you buy gold… you don’t get interest.

Higher interest in dollar-denominated bonds means that there is that much more incentive to invest in the dollar instead of gold.

But the Fed changed direction

Yesterday, several Fed officials came out to “clarify” that they didn’t mean the Fed’s policy outlook had changed.

The market doesn’t seem to be buying it, though. Even if the Fed is unwilling to raise rates, the expected increase in inflation through government spending is still likely to lead to higher bond rates.

What we saw between Jan 6 and Jan 8 (when gold took its latest excursion to the downside) was a substantial appreciation in bond yields in the 3- to 7-year maturities.

Basically, investors prior saw a lift-off of rates in five years. And now, they’re pricing in a Fed hike in three years.

Gold is likely to struggle to gain momentum in the near term unless the 5-year yield moves back to the 0.4% level.