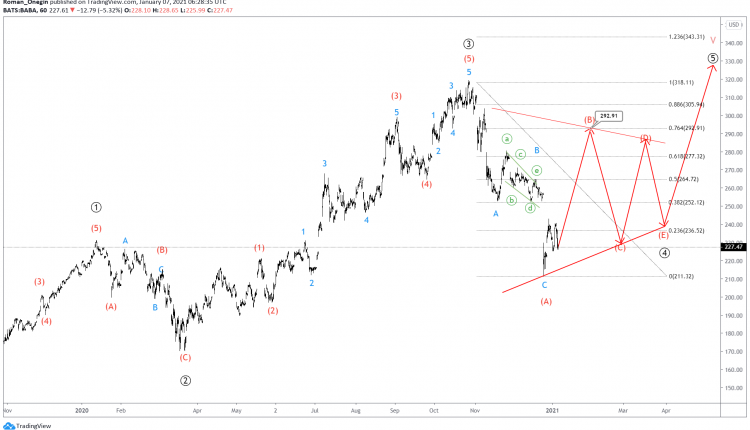 The current BABA structure shows the formation of a bullish impulse V of a cycle degree. Primary sub-waves ①-②-③-④-⑤ make up the said impulse.

Impulse wave ③ is complete and the construction of a horizontal correction wave has begun ④. There is a possibility that this correction will have a triangular formation.

After the end of the triangle, prices could rise in the primary wave ⑤. 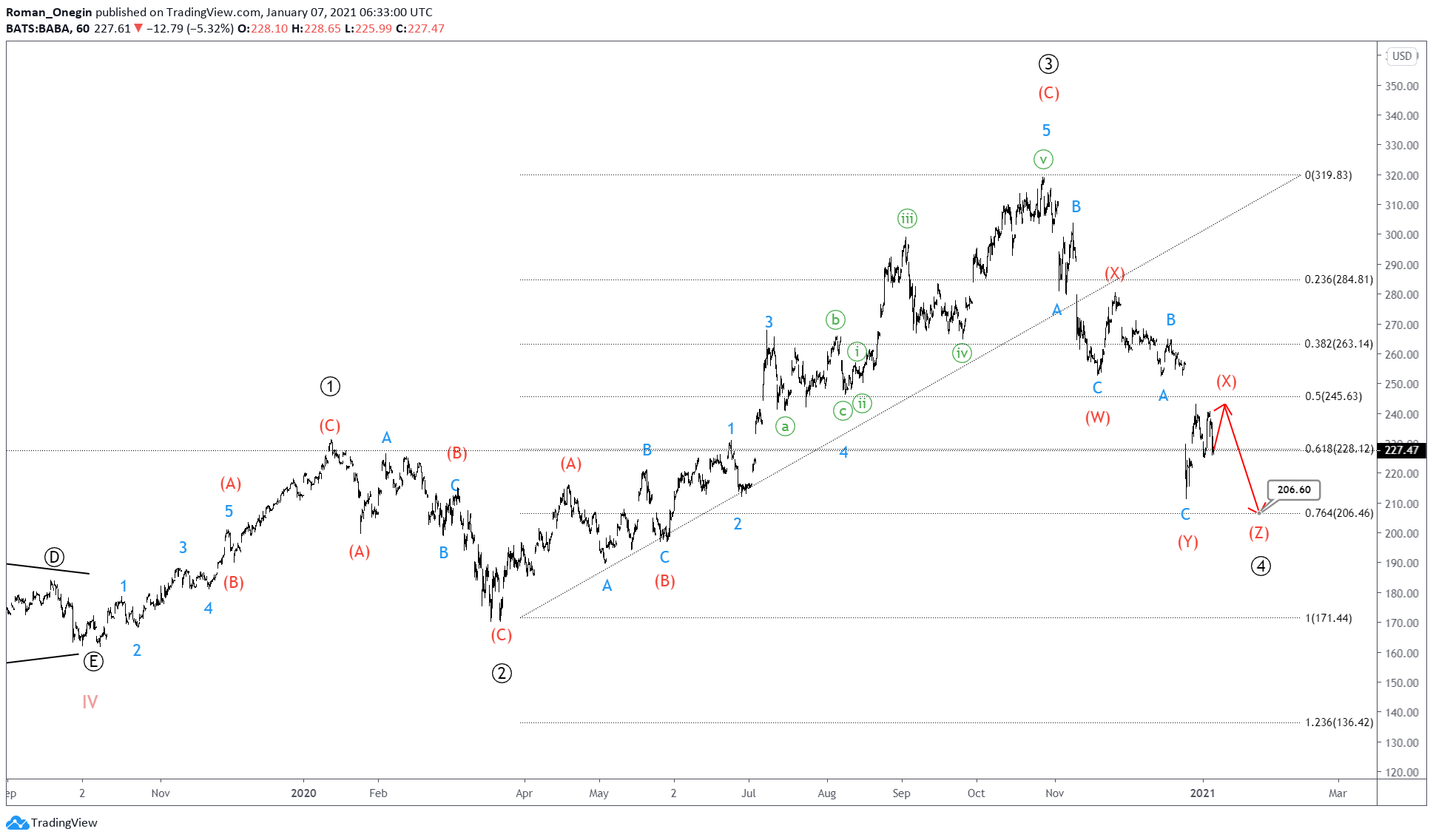 The second intervening wave (X) of the intermediate degree, could soon complete its pattern.

Crude Breaks Out on Huge Drawdown