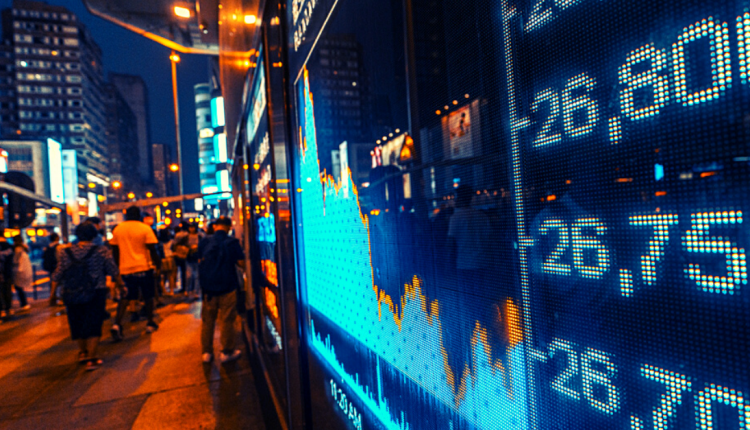 All good things must come to an end eventually, and covid seems to be a propitious event to take a pause and reorient oneself.

From the generalized talk of a “new normal” to the World Economic Forum’s “Great Reset”, there are quite a few people arguing that we have come to something of a crossroads. Where that road leads economically is what we traders are most interested in; and what the current crisis could mean.

Taking a step back, an economic crisis isn’t all that surprising. Sure, no one was predicting a pandemic. But we were already talking about an impending recession before anyone heard about a new disease in Wuhan.

Around the middle of the last year, we saw an inversion in the yield curve, central banks were cutting rates to prop up the economy. Some investors were already pre-positioning for a recession this year. The pandemic, it seems, just sped up the inevitable.

The Markets and History are Cyclical

Recessions happen around every 7-8 years on average. The last one was over by 2009, meaning by January of this year, we’d gone 11 years without a recession.

Sure, there were some who said another recession wouldn’t happen (for example, former Fed Chair and nominee for US Secretary of the Treasury Janet Yellen). But more practical market watchers knew we were long overdue for a downturn. As usual, no one could say where it would happen, but we knew it was just a matter of time.

Some potential causes of a new recession that were talked about before the covid recession included: student loans, the toxicity of auto loans in the US, the unsustainable growth of property prices in developed countries.

Normally, a recession would “clear out” the underlying problem that caused it. However, those issues have continued to persist – and in fact, some have gotten worse – through the pandemic and recovery.

Where are we Headed?

The massive injection of liquidity and government spending has helped prop up companies that aren’t competitive and should have either radically transformed or gone bankrupt. Their inefficiency weighs on the economy as a whole.

Moreover, the pandemic has provided an opportunity for many governments to expand on regulations that hamper growth. This is particularly evident in the US, where the new administration has put its focus on the environment and tax reform.

America has outperformed over the last several years and has been able to avoid the most economic damage of the OECD countries.

This year, negative GDP growth in the US is projected to be just -3.7%. This compares to -7.5% in the Euro area and -5.3% in Japan. Korea is the major country to significantly outperform the US.

Past Performance is no Guarantee of Future Results

On the other hand, the OECD’s projections show the US near the bottom of the growth spurt expected next year. We can expect Italy and France to beat them by almost double. The US is expected to underperform the world’s average by 100 basis points and fall behind even Argentina.

Part of this can be explained that if the country wasn’t as hard hit, its rebound won’t be so strong.

Additionally, the US has already spent $9.1T in different forms of economic support. However, in the EU, the budget still hasn’t been spent.

In summary, the EU has more headroom for growth than the US. This suggests that over the coming months and perhaps years, European stocks are set to outperform the US’.