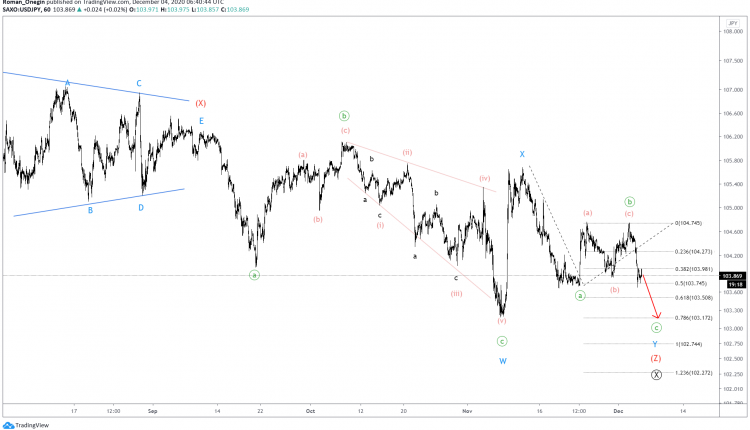 The USDJPY structure shows a bearish intervening wave Ⓧ of the primary degree. The pattern is a large triple zigzag consisting of intermediate sub-waves (W)-(X)-(Y)-(X)-(Z).

The final wave (Z) is a double zigzag consisting of minor sub-waves W-X-Y. 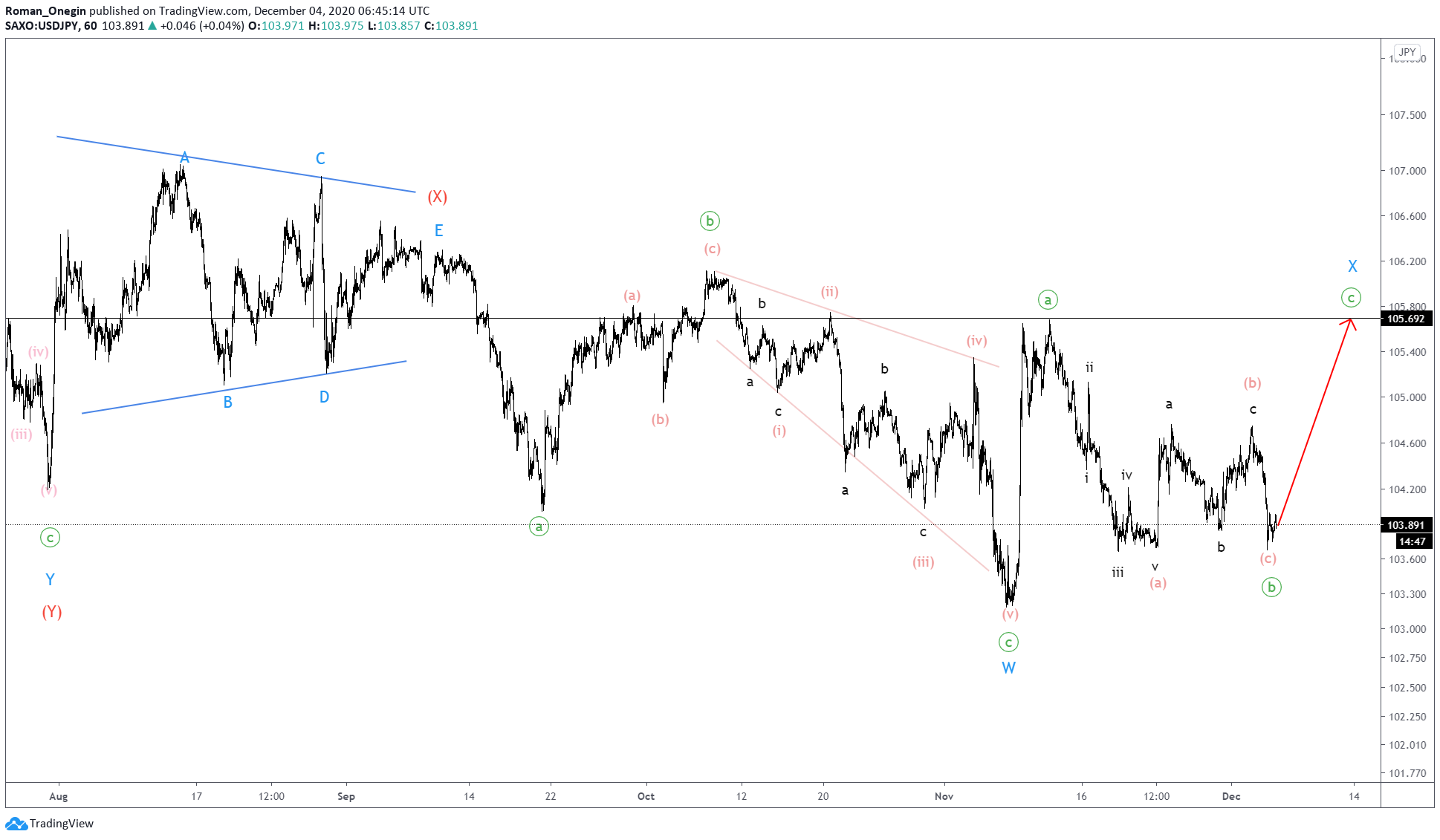 An alternative scenario shows the development of a bearish double W-X-Y zigzag.

The intervening wave X is a minuteⓐ-ⓑ-ⓒ zigzag. The wave ⓐ in the form of an impulse, as well as the bearish correction ⓑ have ended.

An upward move of the currency pair in the impulse ⓒ is expected in the near future. The upcoming rise could reach the 105.69 area which is the previous swing high.