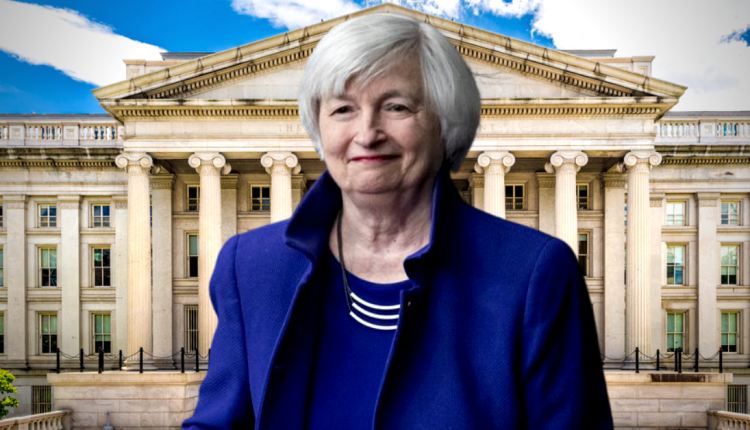 Janet Yellen is back. Well, as head of the Treasury Department.

As you likely recall, Yellen was the Federal Reserve Chair during the anemic economic recovery following the last recession.

She was initially slated to remain on the Federal Reserve Board until 2024. However, she stepped down at the end of her tenure at the head of the institution.

Yellen has been on the Board of Governors since 2004, and has gained a reputation as a solid dove.

In fact, during her confirmation hearing in 2013, her stance in favor of continued easing was seen as a challenge to winning approval in the Senate.

Somewhat ironically, she came into power in time to oversee the “normalization” of the Fed’s policy after the recession. During her tenure, the Fed raised rates only once and continued to wind down its balance sheet.

So, now running the Treasury?

The markets were quite happy when the initial reports came out that Yellen would be Secretary of the Treasury. There are several reasons for that.

But there are two main ones that are important when it comes to understanding how her appointment could factor into market moves in the future.

First, political considerations. There was significant concern that a Biden administration would look to overhaul the banking sector, raise taxes, and significantly increase regulation of Wall Street.

The candidate himself had made comments to that effect on the campaign trail. There was a relatively reliable rumor that Biden was strongly considering Elizabeth Warren as Treasury Secretary.

The fact that Biden opted for a Wall Street insider, a technocrat, and someone with a known outlook as far as the markets were concerned, was quite reassuring.

Second, Yellen’s history. She has been a long-standing, staunch advocate for monetary and fiscal stimulus to help the economy.

Lower rates and increased government spending traditionally results in increasing stock prices. The medium- and long-term effects on the economy are more of an open debate.

There is an expectation that she will support a larger stimulus spending package. Analysts also expect her to encourage the Fed to keep rates low for longer as well as support continued quantitative easing. (Current Fed Chairman Jerome Powell’s term lasts until 2022).

What kind of policies can we expect?

Expectations are for Yellen to have a more cordial relationship with the Fed than current Treasury Secretary Mnuchen.

One of the first policy changes we can expect is a reversal of the recent decision to let Fed emergency lending expire. Yellen is a “labor economist”, meaning that she believes the key to economic growth is reaching structural unemployment.

Given the high level of joblessness now, we can expect that to be a major challenge for the new administration. It would imply continuing support for employment programs.

On the other hand is the exceedingly high debt levels the US has, with a massive deficit. This implies increased coordination between the White House and the Fed, as a rise in interest rates could have major implications for the cost of servicing debt and the government’s budget.

The implication is that assistance to the economy could come more from the Fed than increasing government spending. In general, that also tends to be supportive of the stock market.

In summary, analysts are expecting less volatility in the dollar, more predictability in fiscal policy, and prolonged low interest rates that would give ample margin to push stocks higher.