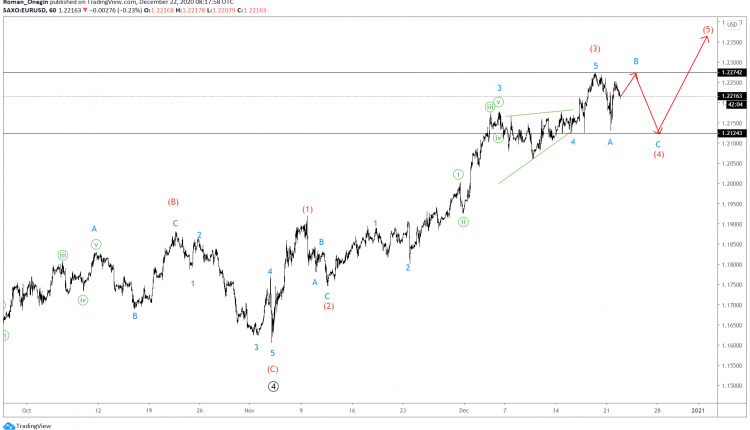 The EURUSD structure shows that the primary corrective wave ④ is fully completed as a zigzag. After the end of this correction, we saw the rise in the intermediate impulse (1)-(2)-(3)-(4)-(5).

We are now in the middle part of the bearish correction (4), which could take the form of a flat. The end is expected in the area of the minimum formed by wave A, near 1.2124.

After the flat is formed, we could see prices rising above the previous high in the intermediate wave (5). 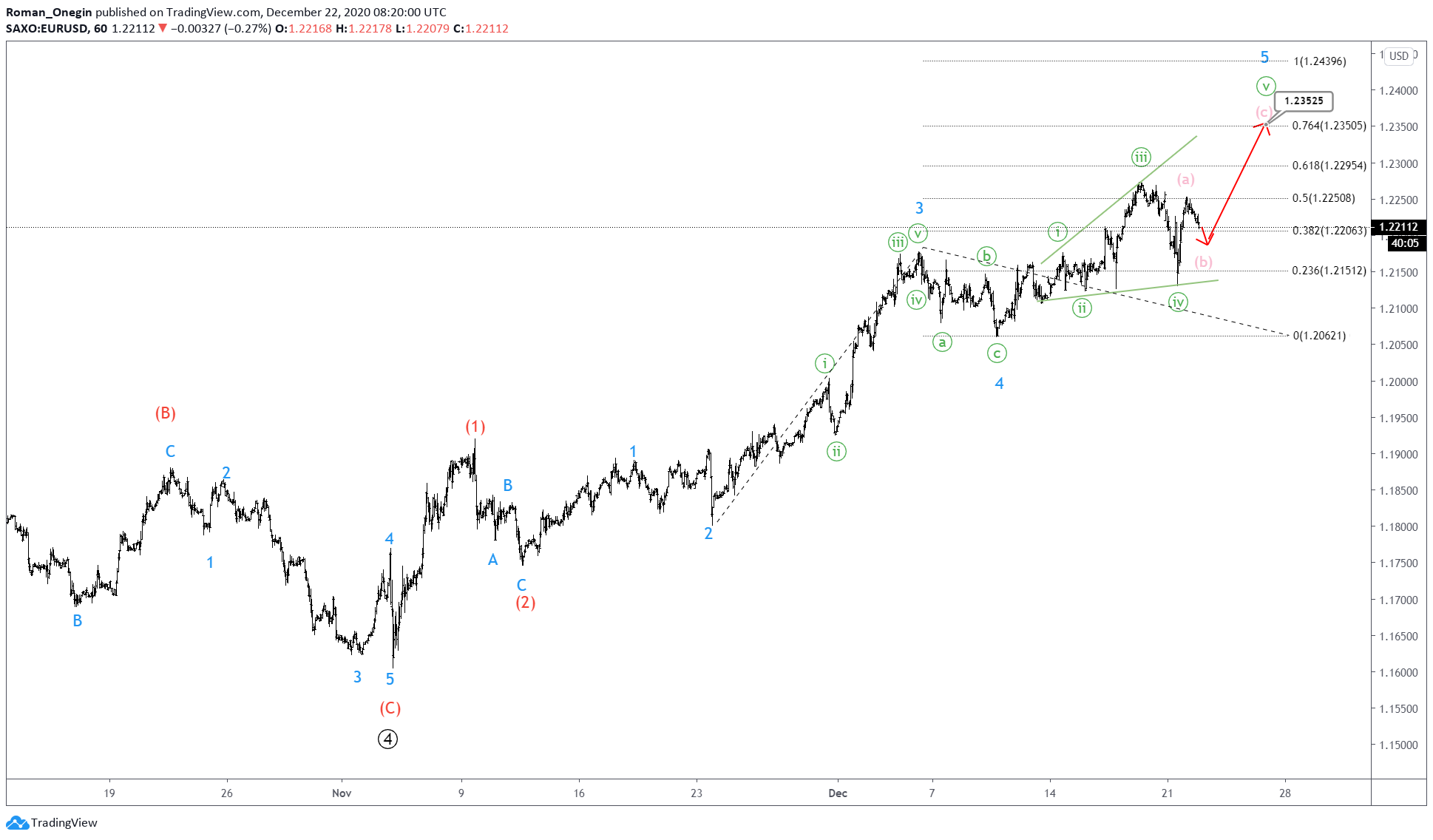 An alternative scenario shows the formation the bullish intermediate wave (3) and the minor wave 5.

Judging by the internal structure, wave 5 is an ending diagonal, and at the moment the final corrective wave ⓥ is being constructed, which is a (a)-(b)-(c) zigzag.