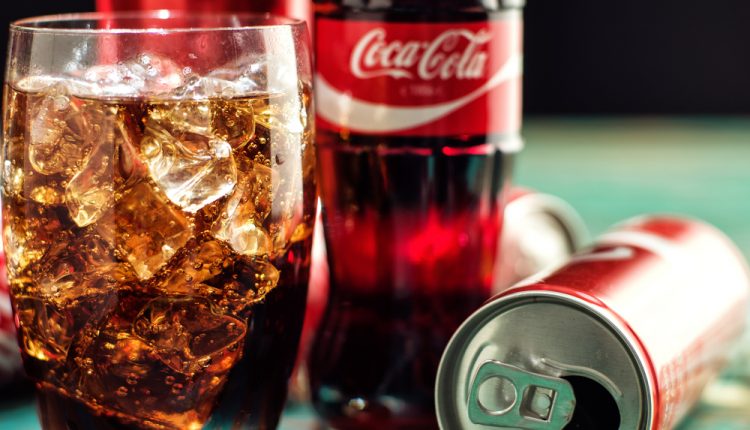 Shares in US beverage giant Coca Cola are trading a little higher on the final trading day of 2020. Following a dramatic 40% collapse over Q1, as the COVID pandemic took hold,  shares in Coca Cola have since recovered almost 80% of those losses to end the year down around 10%.

Shares have been well supported over recent months as a result of optimism around the start of global COVID vaccinations. With the lion’s share of the firm’s losses attributable to the loss of demand from the hospitality sector, traders are anticipating a surge of demand when the sector begins to reopen properly next year.

With many governments touting a return to normal by the end of Q1, speculators are anticipating a strong rally in the firm’s shares.

The company has suffered some bad press recently. However, Coca-Cola was named the world’s worst plastic polluter for the third year running in 2020. At a time when investors are becoming more and more environmentally conscious, such a title will certainly detract from the company’s appeal.

Coca Cola recently announced that as part of its global restructuring drive in response to the pandemic, it is slashing 2,200 jobs worldwide. The majority of the redundancies will be in the US where the company will cut 1200 jobs.

Overall, the company expects the job cuts to save between $350 million – $550 million annually.

The firm also announced a slimming down of its portfolio as it opts to focus on better-performing brands going forward. Coca Cola outlined plans to reduce its brands’ portfolio of 430 names to less than half at just 200 and will focus on increasing scale for the remaining brands.

As part of the portfolio reduction, the company will close Tab soda and Zico coconut water brands. This comes after earlier this year closing the Odwalla juice brand. The brand, which was based in Atlanta, reported revenues of $8.65 billion over the last quarter, a 9% drop on a year prior. 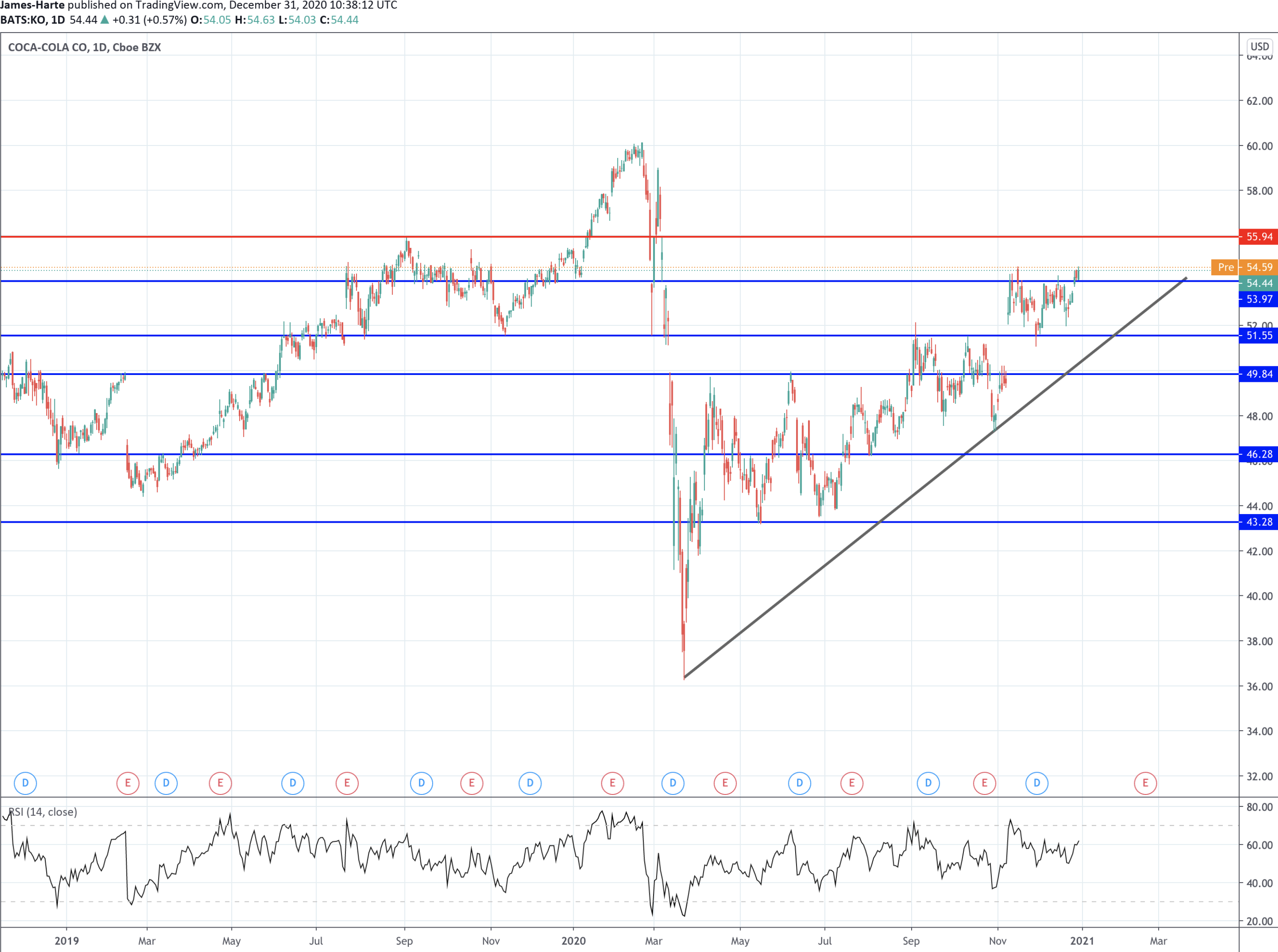 Shares in Coca-Cola are continuing to push higher here. Following the gap higher at the start of November, shares have been capped by the 53.97 level. Now, they sit atop the level.

While this level holds as support, the near term bias is for further upside with the 55.94 level the next resistance to watch.

To the downside, should price slip lower, the next support is the 51.55 level. The rising trend line from 2020 lows comes in around the same level.

US Q4 GDP and What Comes After